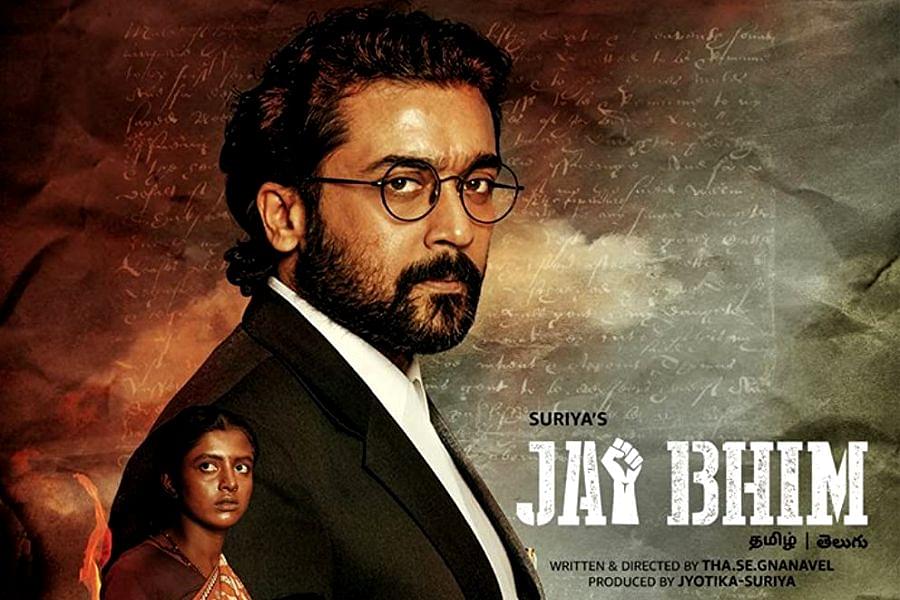 Chennai, Nov 15 (PTI) The Vanniyar Sangam on Monday sent a legal notice to makers of actor Surya-starrer 'Jai Bhim' movie, alleging that the flick tarnished the reputation of Vanniyar community and sought an unconditional apology from them.

Removal of references to Vanniyar community's revered symbol of raging fire pot, an apology for 'damning, tarnishing and damaging the reputation' of the community, desisting from similar 'malicious' moves and payment of Rs 5 crore in damages were the demands made in the legal notice.

In case of non-compliance, the Jai Bhim team including the producers, director and actor Suriya, who performed the lead role would be liable for proceedings under both the civil and criminal laws for causing loss of reputation and bringing mental agony, the notice, which was also sent to the OTT platform Amazon (Prime Video) that released the flick, said.

'Jai Bhim' was released recently in languages including Tamil, Telugu and Hindi.

The film, though based on a true incident of custodial torture and death of a tribal man in 1995 in Tamil Nadu it had elements of fiction.

The crux of the allegations found in the notice is that the Vanniyar community was shown in 'poor light, vilified by naming the wicked police sub inspector as 'Guru' (Gurumurthy) and by showcasing the fire pot symbol of the community and these were both criminal and civil defamation.

The notice said while the real life names of several people were retained in the film, the unrighteous Police Sub-Inspector was named Guru, while the original name of the SI who tortured the innocent man to death was Anthonysamy.

According to the notice, naming a villainous character after a well known Vanniyar community leader Guru, who was also a former MLA, and this aspect, when juxtaposed with the holy fire pot symbol would establish the malicious intent.

Advocate K Balu who sent the notice told PTI that their demand includes removal of reference to the character named as Guru/Gurumurthy.

The raging fire that emerges from a pot ('Agni Kundam' in Tamil) symbolises the Rudra Vanniya Maharaja's emergence from holy blaze to destroy evil forces and it is a sacred symbol of the Vanniyars for centuries.

Vanniyars, or Vanniya Kula Kshatriyas, a Most Backward Community in Tamil Nadu are predominant in the northern districts of the state. The Vanniyar Sangam's symbol is also the raging fire pot. PTI VGN SA SA