Tractor Sales Boom In June As Farmers Queue Up With Cash 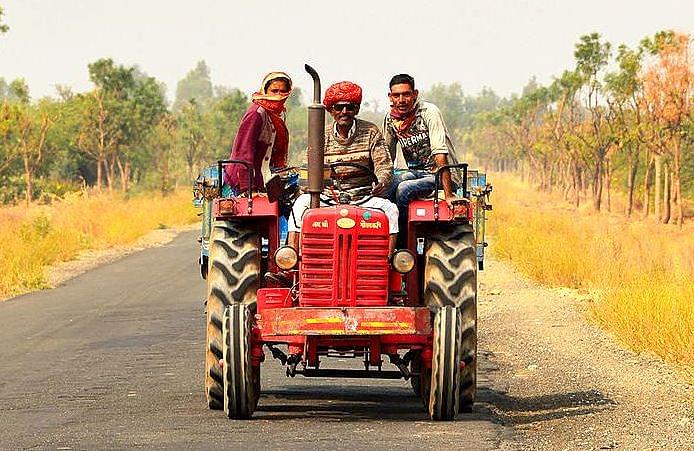 Farmer with a tractor (Clément Bardot/Wikicommons)

Rural India continues to show signs of economic revival with sales of tractors, another indicator of green shoots in the economy, showing impressive growth in June.

The demand was expected to remain buoyant at least until September with tractor production increasing 50 per cent in June compared with last year across the country.

Mahindra & Mahindra reported that its tractor sales increased 10 per cent in June to 36,544 units compared with June last year.

Among other tractor makers, Escorts reported a 21 per cent rise in tractor sales at 10,851 units.

Manufacturers such as Tafe and Sonalika have also registered impressive growth, according to industry watchers.

In May, tractor sales increased 4 per cent across the country with, Sonalika registering 26 per cent increase in sales year-on-year.

Live Mint quoted Sonalika executive director Raman Mittal as saying that his company’s tractor sales in June had exceeded the numbers in May.

According to a dealer in Lucknow, Uttar Pradesh, tractor manufacturers had offered dealers a two-wheeler and additional incentive for tractor sales before the national lockdown was announced on 25 March.

Currently, such incentives are not being offered, while they are being asked to wait for nearly three weeks for delivery of tractors.

“Manufacturers don’t want any buyer to be turned away. Hence, they are asking dealers to collect some advance and await delivery,” he said.

“There is good demand for tractors now. It is better than 2018-19,” he said. Shivalik Engineering provides components to major tractor manufacturers such as Mahindra, Escorts, Tafe and Sonalika.

Farmers are queuing up to buy tractors in cash.

In fact, not many farmers are seeking loans to buy tractors.

Singhania said farmers were flush with cash since they have had a good harvest of rabi crop, including better yield.

“Besides procuring agricultural produce such as wheat at minimum support prices (MSP), some State governments such as Chhattisgarh and Madhya Pradesh have offered bonuses to growers, leaving them with a large amount of cash,” he said.

The bonuses themselves were a good sum, Singhania said, adding that demand for tractors was such that the manufacturers need to run their units at full capacity.

Apart from these, waiver of farm loans by some States such as Maharashtra have also helped in farmers being flush with cash.

According to Citibank, the Centre has ensured an additional circulation of Rs 1.5 lakh crore cash in rural India, through procurement of crops at MSP and other benefit schemes.

The boom in rural economy has received a further boost with timely coverage of monsoon across the country — 12 days ahead of schedule — and sowing of Kharif crops registering a sharp rise.