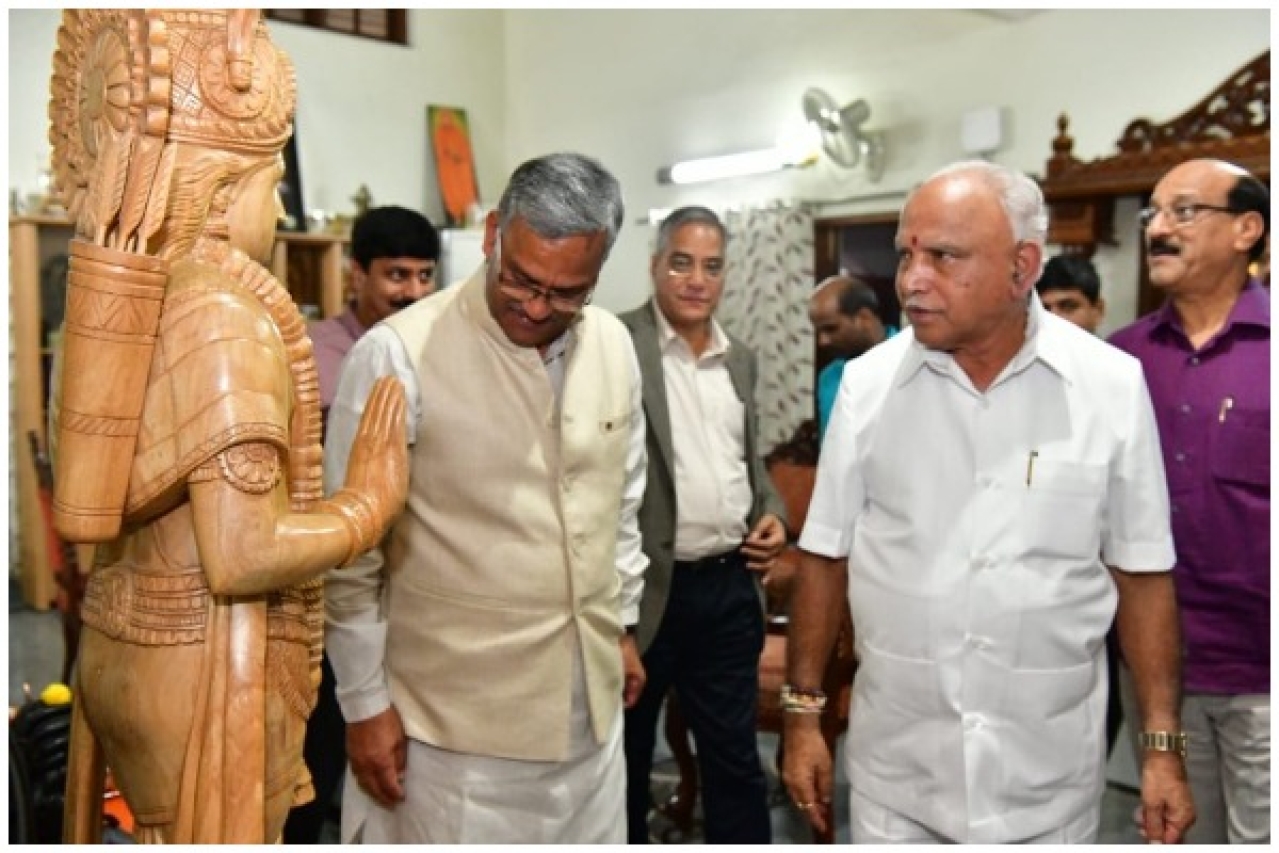 On the first day of 2020, Uttarakhand Chief Minister Trivendra Singh Rawat traveled to ignite a new cultural exchange with a southern state.

Rawat said on Twitter that he discussed with Karnataka CM BS Yediyurappa prospects of initiating a cultural tour exchange involving school children to strengthen cultural connections between Uttarakhand and Karnataka.

According to a report in Deccan Herald, "an exchange programme of students from various educational institutions was discussed during the meeting."

The report added that students from Karnataka have visited Uttarakhand. Students from the hill state "are expected to visit Karnataka shortly."

This is a noteworthy development for both states, but is particularly of immense value to Uttarakhand. Rawat government has been pitching for a wider pan-India audience for the state and its cultural heritage and diversity.

With air connectivity between Dehradun and Bangalore in place, tourism-related infrastructure moving towards improvement in the hill state, time is perfect for diversifying the cultural exchange by involving young minds.

This will also be in tune with Prime Minister Narendra Modi's idea of connecting children with India's spiritual and cultural heritage, and work towards national integration.

Karnataka also happens to be one of the states in which the Rawat government is aiming to firm up Uttarakhand-based investment and industry avenues.

As per the same report, discussions regarding "developmental activities in both states and cooperation between various agencies of the two governments and others", were held.