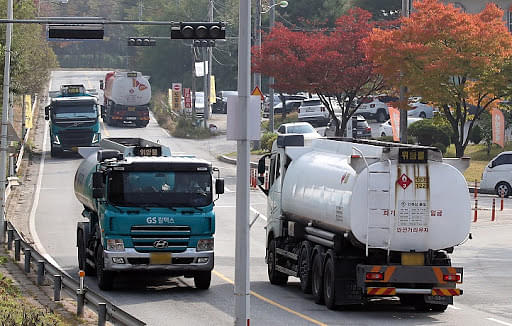 An acute shortage of urea in South Korea threatens to stall commercial transport, energy and several other businesses ranging from construction to retail, Reuters reported.

The government is attempting to secure urea supplies from overseas including flying a military oil tanker to Australia this week to airlift 27,000 litres of urea solution, but no enduring solution is in sight.

It is mandated by Korean law to install sensors in diesel vehicles to check urea levels. If If urea solution tanks are empty, the sensors are designed to limit the horsepower or even block the ignition. If cargo trucks are stranded, the counter could face a serious supply chain crisis.

Of the 835,000 tonnes of urea imported in 2020, roughly 80,000 tons of urea are used for diesel cars every year. Between between January and September this year, 97.6 percent of the country’s urea imports for diesel exhaust fluid came from China.

The country has no domestic production capacity as domestic urea manufacturing plants were closed by 2011.

Short-term solutions like redirecting urea used for its industries and fertilizer and use it for diesel vehicles poses serious health risks. Prices of industrial urea in South Korea jumped more than 80 percent to $483 per tonnes in September from October 2020, said the trade ministry.

South Korea government has set up a task force to negotiate supplies from producer states.