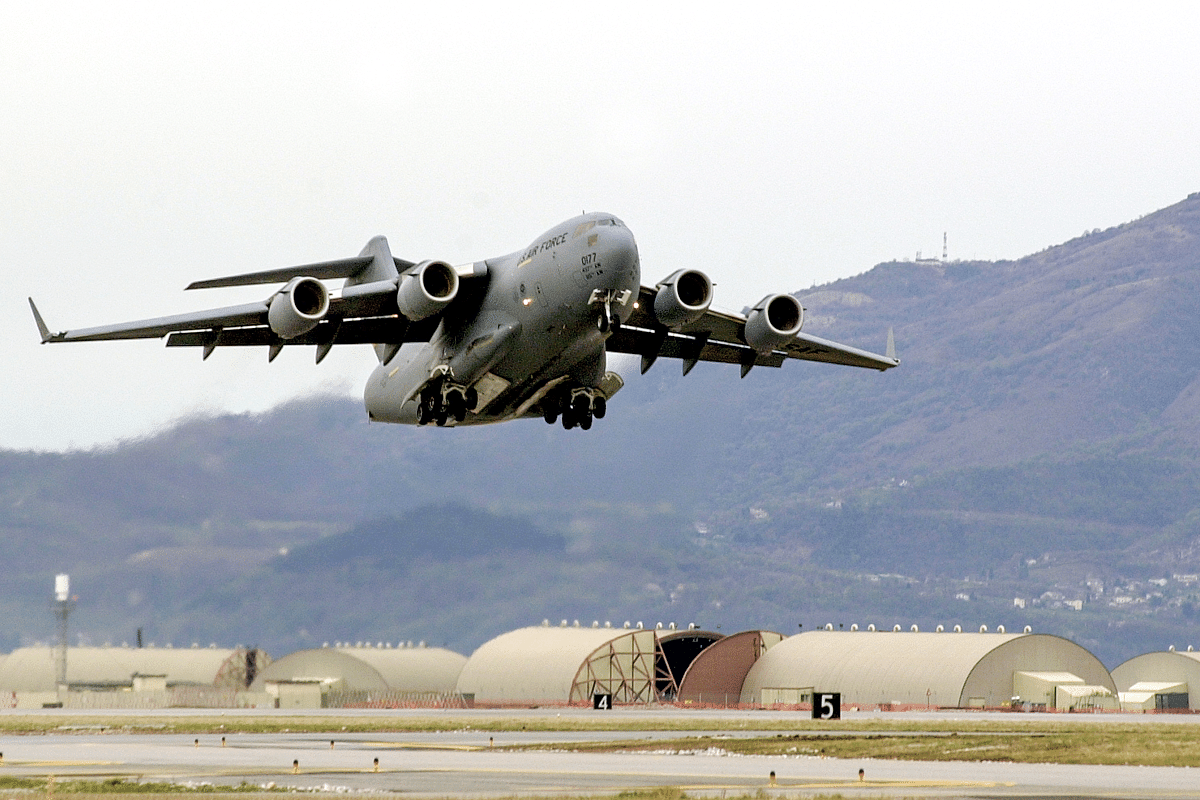 As Taliban fighters entered Kabul on Sunday (15 August), thousands of Afghans rushed to the city's Hamid Karzai International Airport to make the last attempt at escaping retribution and reign of terror of the new regime, leading to chaotic scenes outside the complex and on the tarmac.

While civilian flights were suspended after the airport started taking fire, the US Air Force continued flying evacuation missions through the night. Multiple aircraft from other countries, including at least two C-17s of the Indian Air Force, were also spotted making a journey towards Kabul in a bid to fly out embassy staff and civilians stuck in Afghanistan.

Amid all the mayhem — thousands of Afghans storming the airport and imminent declaration of an Islamic Emirate by the Taliban — the US flew out around 800 people onboard one C-17 aircraft. The crew packed roughly 800 people into the main cargo bay of the transport aircraft and flew them to Qatar.

In an audio recording that has surfaced since, a person communicating with the evacuation flight can be heard asking the crew of the C-17 the number of passengers onboard the aircraft.

"800 people on your jet?! Holy... Holy cow...," he is heard saying, stunned by the response, in the recording viral on Twitter.

In a palletised seating configuration, a C-17 can carry "80 on 8 pallets, plus 54 passengers on sidewall seats," its maker Boeing says. In other two configurations listed on Boeing's website — sidewall and centerline, the aircraft can carry 54 and 48 passengers respectively.

However, it is known that the aircraft is capable of carrying more people than officially stated by Boeing. After typhoon Haiyan hit the Philippines in 2013, a C-17 from a US Air Force Airlift Squadron based at Hawaii successfully flew out more than 670 people from Tacloban.

Evacuation flights from Kabul continue on Monday (16 August) as thousands of Afghans trying to flee the country remain stranded at the airport with commercial flights suspended. While the Taliban has taken over the city, the airport remains under the control of foreign troops.

Videos of US troops at the airport shooting into the air to keep civilians away have also emerged. Other video clips viral on social media show desperate civilians, including women and children, on the airport grounds and crammed into the civilian terminals, seeking flights out of the country.

The US plans to deploy at least 6,000 soldiers to the airport to provide security for the evacuation flights. Whether the Kabul airport will be opened for commercial traffic to allow Afghan civilians fearing retribution at the hands of the Taliban regime to escape remains unknown.

“Tomorrow and over the coming days, we will be transferring out of the country thousands of American citizens who have been resident in Afghanistan, as well as locally employed staff of the U.S. mission in Kabul and their families and other particularly vulnerable Afghan nationals,” the US State Department said.

Reports say the US Embassy staff is now operating out of the airport. Ross Wilson, the Chargé d’Affaires at the embassy, has also been moved to the airport along with the flag that was flying over the embassy compound in Kabul to avoid the scenes that unfolded in Libya in 2012, when Ansar al-Sharia attacked the American diplomatic compound in Benghazi killing the US Ambassador to Libya J Christopher Stevens and many others.

By the end of the day on Sunday (15 August), the Taliban's takeover of the country was almost complete. President Ashraf Ghani, along with his aides, resigned and fled the country, saying the move was necessary to save the lives of innocent Afghans and avoid the destruction of Kabul.

Taliban fighters entered the Presidential Palace late on Sunday and folded the flags of Afghanistan during a live broadcast on Al Jazeera, as if announcing that the Islamic Republic of Afghanistan had ceased to exist.