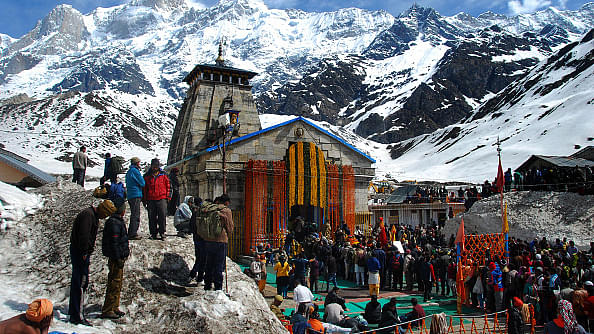 The Uttarakhand High Court has stayed the Chardham Yatra. It has expressed dissatisfaction with the state government’s arrangements, reportedly, for pilgrims and tourists during the Yatra amid the prevailing Covid situation.

“It is the interest of the public to stay the operation of Cabinet decision dated 25 June and to direct the government not to permit pilgrims to reach the Char Dham temples,” the High Court has reportedly said.

The Uttarakhand High Court had pulled up the state government for allowing Char Dham Yatra. The Yatra was supposed to start from 1 July despite fears of a third Covid-19 wave.

The court had reportedly ordered a review of the decision and that the Yatra needs to be "postponed or cancelled". It cited the cancellation of the Amarnath Yatra in Jammu and Kashmir.

The court was hearing pleas relating to the Covid-19 pandemic.

Considering the fact that a large gathering invariably leads to a spike in the Covid-19 pandemic, this court is of the firm opinion that a catastrophe like Covid-19 pandemic should not be re-invited by holding and permitting large gatherings at religious shrines, and by permitting the Char Dham Yatra by the State government. Therefore, this court directs the State government to review its decision to commence the Char Dham Yatra on July 1.

The next hearing on the matter is on 7 July.