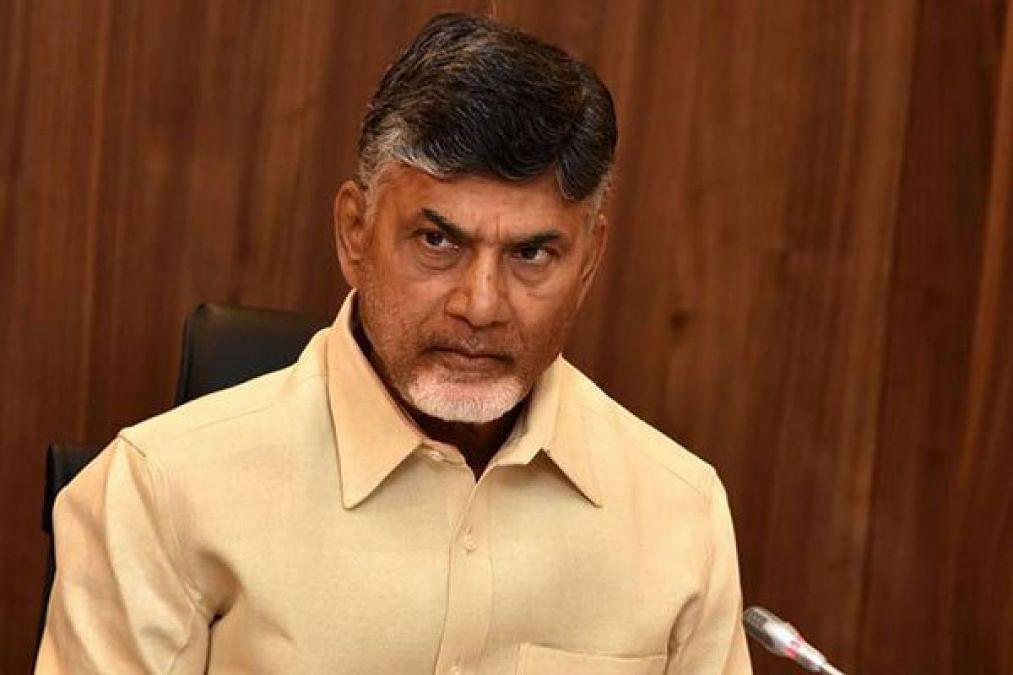 But his charges raised in a tweet have landed him in a war of words with a young member of the royal family, Sanchaita Gajapati.

Naidu said that the MANSAS (Maharaja Alak Narayana Society of Arts And Science) Trust, set up by P V G Raju in 1958, owns lands worth crores of rupees and the YSR Congress government in Andhra Pradesh headed by Y S Jagan Mohan Reddy was trying to sell them off.

He said the trust was founded with "lofty goals" by the late Vizianagaram Maharaja and it manages 105 schools.

The tweet saw member of the royal family Sanchaita, who now heads MANSAS, jump into a duel with Naidu. She hit back pointing out that her paternal uncle and former union minister Ashok Gajapathi Raju had usurped the trust midnight “even when my father’s ashes were still smouldering by a government order you issued in his favour”.

She said questionable decisions had been taken during the tenure of the former union minister and in February this year, he failed to appoint a lawyer in a trust case. An ex-parte decree was issued against MANSAS due to which it suffered Rs 13 crore loss.

Sanchaita, a media panellist of the Bharatiya Janata Party (BJP), said MANSAS law campus was given to IL&FS free of cost, while students were shifted to sheds, and pointed to Naidu how IL&FS has been caught in a scam.

“So, before you sing praises of your colleague, please examine how much he (Ashok) has destroyed the legacy of MANSAS,” she said, adding that Naidu should also own the responsibility for the destruction of the trust.

In an order dated 3 March this year, the Andhra Pradesh government appointed Sanchaita as the chairperson of the Simhachalam Sri Varaha Lakshmi Narasimha Swamy Devasthanam Trust and MANSAS Trust Board in place of Ashok Gajapathi Raju.

Sanchaita is the daughter of late Anand Gajapathi Raju, Ashok’s elder brother who died in 2016. Anand, who was first with the Congress and then the TDP, headed the trust from 1994 until his death.

Sanchaita’s appointment, a shrewd move by Jagan Mohan Reddy to complicate the feud in the royal family further, by replacing Ashok, brought to fore the infighting in the erstwhile royal family of the Gajapathis in Vizianagaram, a sleepy town 60 km from Visakhapatnam.

The Simhachalam Varaha Lakshmi Narasimha Swamy Devasthanam Trust runs the Simhachalam or Simhadri Temple, which is 18 km from Visakhapatnam and dedicated to the Narasimha avatar of Lord Vishnu, controlling 108 temples.

MANSAS was set up by donating vast tracts of land in memory of P V G Raju’s father Maharaja Alak Narayan Gajapathi Raju to promote education and continue administration of educational institutions under the patronage of the royal family.

The trust, set up with 13,000 acres and other properties, provides financial support to at least 12 educational institutions.

Sanchaita’s appointment has led to a controversy, particularly the hurry with which she was sworn in as the chairperson of both trusts. Even the BJP has questioned why she should be sworn in within 24 hours of the government order being issued.

The main bone of contention on Sanchaita’s appointment is her locus standi. Sanchaita was born to the late Anand and Uma Gajapathy Raju. The couple, who had two girls, divorced in 1991 and Uma married filmmaker Ramesh Sharma.

Anand later married Sudha and a daughter was born from this wedlock. The marriage limited Sanchaita’s access to him.

The YSR Congress government appointed Sanchaita as she is the only one who can replace Ashok since traditionally the eldest legal heir of the family heads these trusts since 1713, when the Simhadri Temple trust was set up.

The Andhra Pradesh Chief Minister took advantage of a letter to him from Sanchaita claiming her right.

Ashok, who has headed the trust after Anand’s death in 2016, contends this saying his father P V G Raju’s wish was that only a male heir should head the trusts.

Also read: Jagan Reddy Made An Appointment To This Temple Trust In Andhra Pradesh: Here’s Why It’s Threatening To Snowball Into A Full-Blown Political Controversy