War Memorial In Dehradun Should Be The Fifth 'Dham' In State: Raksha Mantri Rajnath Singh In Uttarakhand 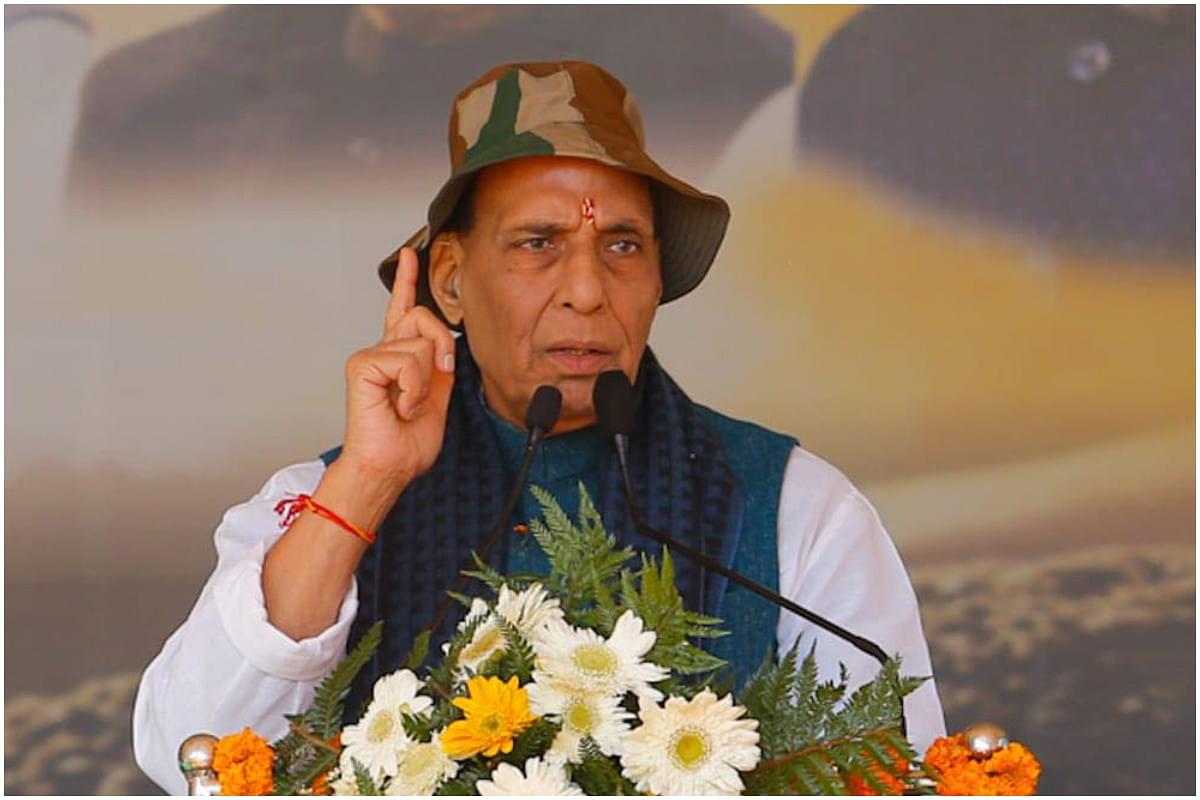 Defence Minister Rajnath Singh laid the foundation of the Sainya Dham -- a war memorial that is the Bharatiya Janata Party-led government's step towards honouring the soldiers of Uttarakhand. Singh participated at the ceremony of the bhoomi poojan and said that honouring the pride and the supreme sacrifice of the brave soldiers is the right step towards paying a tribute to the brave men and for motivating people who visit the state and the Sainya Dham.

The entry gate of the Sainya Dham will be named after India's first CDS General Bipin Rawat who hails from Pauri district in Uttarakhand. General Rawat is another brave son Uttarakhand lost before he could return to his ancestral village.

The Sainya Dham in Uttarakhand is Prime Minister's Narendra Modi's idea to give the state a fifth dham. Uttarakhand is known for the four dhams -- Yamunotri, Gangotri, Badrinath and Kedarnath dhams -- pilgrimage centres that draw Hindu pilgrims from across India and the world. The Sainya Dham, in its spiritual motive, is being looked at by the current state government as the fifth destination that will evoke Indic pride, honour for the supreme sacrifice made by the soldier, and a tribute to the feeling of duty and sacrifice that is embedded in the soil and emotion of Uttarakhand.

The bhoomi poojan ceremony reflected the meeting of the two emotions in the blending of two sounds -- of mantrochchaaran (the reciting of mantras) by the pujaris and the playing of the bagpipes in the army band.

The bhoomi poojan also marked the culmination of the Shaheed Samman Yatra. It was a journey initiated by the BJP in Pithoragarh district to collect soil from the homes of 1,734 soldiers who have made the supreme sacrifice for the nation. The soil was collected from homes across the state -- its 13 districts.

At the ceremony, Rajnath Singh reiterated his wish he had expressed at the beginning of the Shaheed Samman Yatra in Uttarakhand: that the name of every soldier who had died in the line of duty will be inscribed at the Sainya Dham along with the name of the village. He added that it should be ensured that the work is started and done at the earliest to keep the completion within the deadline.

Singh became part of the Yatra when it started. He marked its culmination. It's an indication of how seriously he takes the emotion that surrounds the lives of families of the soldiers on duty and the ex-servicemen.

The soil from the homes of the 1,734 martyrs was kept stored in two kalashas (metal pitchers). Rajnath Singh, while paying his homage to the soldiers of Uttarakhand took a pinch of the soil from a kalash and applied it to his forehead. He said that it is the soil that our martyrs must have played in and walked on in the courtyards as toddlers and it was this reason that he applied it on his forehead. The event was attended by several ex-servicemen and their families hailing from Guniyalgaon, neighbouring villages and other parts of Dehradun and Uttarakhand.

Singh's and BJP's assertion, that it cares for the emotion and sacrifice surrounding the sainiks and poorvsainiks of India and particularly of Uttarakhand, has emerged in an unbroken chain of tributes that come from Modi himself.

The ruling BJP organised the ‘Shaheed Samman Yatra’ where soil collected from the homes of 1,734 martyrs over a period of two months was kept as the central element to mark the bhoomi poojan (foundation laying) of the war memorial. Around 200 family members of serving and retired soldiers from Uttarakhand were felicitated at the ceremony held at Guniyalgaon.

Ganesh Joshi has said that a total of Rs 63 crore will be spent to construct the Sainya Dham. Joshi has been steering the work towards the collecting of soil from the homes of veers. He said that work towards the Sainya Dham will be completed at the end of 2023. As Uttarakhand's soldier welfare minister, Joshi has emerged as a connecting figure between families of the soldiers, and the state and central governments.

In their speeches, Rajnath Singh and Ajay Bhatt made it clear how the Bharatiya Janata Party-led government at the centre has stood up for retired officers and the ones serving through different interventions. Singh made it clear that the government was bringing positive changes as its duty and not as an obligation. He added that the government respects the ex-servicemen as much as the serving men. Several other important decisions will be announced for them by the end of December or by January-mid next year, he said. Attributing the positive changes, including the idea of giving the people of India the Sainya Dham in Uttarakhand as the fifth dham, to the determination and will of Prime minister Narendra Modi, he added that the Modi government is entirely with the armed forces personnel, whether serving or retired.

Among the steps listed by Singh at the ceremony at Guniyalgaon, were:

-the facility given to officers recruited through the short service commission to now use their ranks post retirement;

-the ex-gratia paid to the next of kin of battle casualties has also been hiked from Rs 2 lakh to Rs 8 lakh.

-Rajnath Singh also mentioned how the pension of naval and air force personnel was not revised for 50 years until the Narendra Modi-led government issued orders for the revision of pension of all the three wings of the armed forces.

-He mentioned that a dedicated pension grievance cell was created for retired servicemen through which 97 per cent of the complaints were being disposed of quickly.

-He added that the government made efforts to ensure that havildars -- those who retired prior to 2006 -- would get revised pension benefits as honorary naib subedars.

Rajnath Singh mentioned that the demand of ex-servicemen for 'One Rank, One Pension', which was not in place for 40 years, was fulfilled owing to PM Modi's own initiative.

Singh used the phrase "atkana, latkana". The phrase has been coined and is used by Modi in his speeches when he wants to highlight how prior to his government coming to power, crucial governance moves, policies and programmes were in limbo under other governments.

The event is of importance to Pushkar Singh Dhami, the current chief minister, under whose tenure MLA Ganesh Joshi will be spearheading the work towards the Sainya Dham and is looking after issues related to soldier welfare in the state.