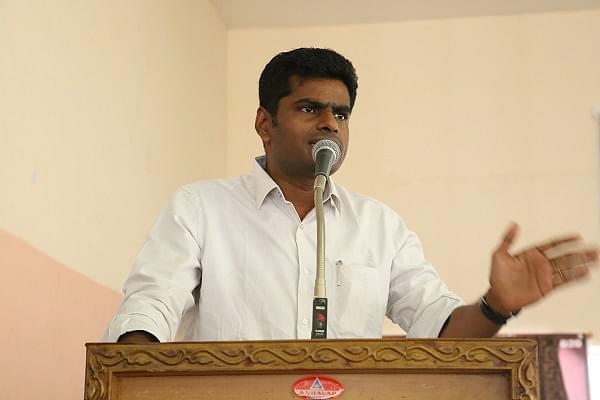 The former IPS officer turned BJP leader was seen in a video stating that the party will enter Pallapatti, the village in question, and that the party does not need the jamaat's permission to enter the village for electioneering. Annamalai further said that he was willing to debate the BJP's record on welfare schemes and social reform initiatives targeted at the Islamic community.

BJP Aravakurichi candidate Shri. Annamalai's response to Jamaat's ban on BJP entering Pallapatti for seeking votes. Annamalai emphasized that he understands and respects Islam. He challenges Jamaat members for a debate on Islam. Jamaat must facilitate people to know and decide pic.twitter.com/hSb9MLTTVr

He added that he was willing to debate the BJP's record of six years against the Congress' ten years in power from the perspective of welfare schemes aimed at minorities.

The jamaat had also issued a notice in which it said that the women of the community must adhere to strict Islamic dress code (burka) and that it was unfortunate to see women attending political meetings.

Annamalai issued an open challenge saying that he was willing to debate the best theology scholar the jamaat can send. A group of people cannot speak for the entire Islamic community or religion, he said.

It would be best that the jamaat openly become an extension of the main opposition party, the Dravida Munnetra Kazhagam (DMK), Annamalai added.

Annamalai, a native of Tamil Nadu had served in the Karnataka cadre for 10 years before quitting the service in 2019.

Annamalai, fondly known as the Singham of Karnataka, had held the post of Deputy Commissioner of Police (Bengaluru South) prior to his resignation. Annamalai claimed that his decision to resign was inspired by his trip to Kailash Manasarovar which was an eye-opener for him.