Why BJP Ally In Rajasthan, Hanuman Beniwal, Is Protesting Against Centre's Agri Reforms 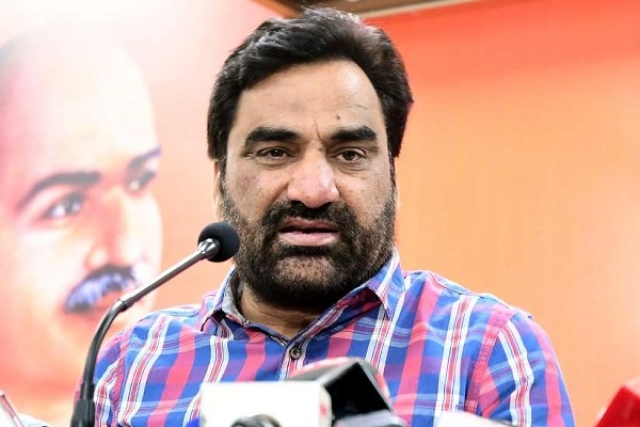 Leader of Rashtriya Loktantrik Party Hanuman Beniwal has said that his party opposes the new farm laws. He has threatened to quit the National Democratic Alliance (NDA) if the farm laws are not withdrawn.

A Member of Parliament from Nagaur, Beniwal leads the RLP. The party has one seat in the Lok Sabha and three in the Rajasthan Assembly.

Beniwal has said that farmers are protesting during winter and Covid pandemic and this doesn't reflect well on the government.

He added that for the talks with the farmers, a proper place must be provided according to their will.

Beniwal's breaking of silence on the agriculture reform bills marks a protest from another constituent of the NDA at the Centre. The first was the Badal family-led Shiromani Akali Dal (SAD).

Beniwal's party, reportedly, has objected to the allies of NDA "not being taken into confidence" before the Bills were introduced in Parliament.

His party's objection is regarding two provisions of the Bills. This IANS report adds: "The first is that procurement outside the mandis does not include the minimum support price condition, and the second relates to the role of the third party in the procurement of farmers from private companies."

He said that if a decision is not taken over the issue, then the RLP, which is a constituent party of the NDA, will have to reconsider its decision to continue being part of the alliance.

He added that 'jawan' and 'kisan' are the strengths of RLP.

He said that when the Sachin Pilot camp in Congress protested against the government, his party, too, had decided to vote against the Gehlot government, but Raje had assured to bolster support for Gehlot's government.

He has targeted Gehlot for not taking action against Raje.

He has reportedly said earlier this year that his party will play a big role in government formation in the 2023 polls in Rajasthan.