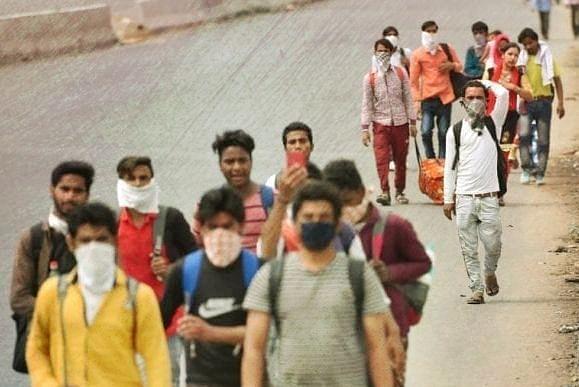 More than 600 migrants in Jaipur, who were relieved to have found food after local volunteers chose to distribute food packets to the needy on a daily basis in the backdrop of the nation-wide lock down to fight Covid-19, have been deprived of it.

Local volunteers have been asked by the police to not distribute the food packets.

The migrants include those who are part of the workforce from other cities and towns in Rajasthan and other states, those who have depleted their savings owing to the lockdown, the differently abled, ones who have lost jobs and are unable to feed their families, and others. The food packets were the only means to fulfil their food needs.

A report in the Times of India says: “Local volunteers had been distributing food to these people until now. But the administration has allegedly scared off the volunteers.” The report quotes Sona, one of the migrants, as saying that she could get daily meals after her husband lost her job and they had no money for the last 15 days. She is the wife of a labourer and a mother to three children.

In cities and towns across India, volunteers from different walks of life have been distributing freshly cooked and hot meals to help the needy face the lockdown.

The report mentions that the volunteers who were distributing food packets have been warned by the police that they will be held responsible if any migrant worker receiving the food packets from them tests positive for Covid-19.

Another migrant, Ram Prakash from Bharatpur, is quoted as saying: “We were getting good quality food and felt safe, but after the announcement of discontinuation of the service, it will become hard. We now have to think of another way to feed ourselves as we can’t commit suicide. The government should either provide us with food or let us work.”

Volunteers have announced the halting of the distribution of food packets and the discontinuing of the initiative, alleging that ‘the administration directed them not to provide food packets to such a large gathering.’

They have said that migrant workers stuck in Jaipur owing to the lock down must be served and helped.

DCP, West, Bajrang Singh, has been quoted as saying that if the ‘lock down rules’ are observed, and social distance is maintained, the police will have no objection to the philanthropic measure.