‘Will Kill Each And Every Hindu If Temple Built In Islamabad’: Brainwashed Pakistani Kid Warns Imran Khan In Tik Tok Video 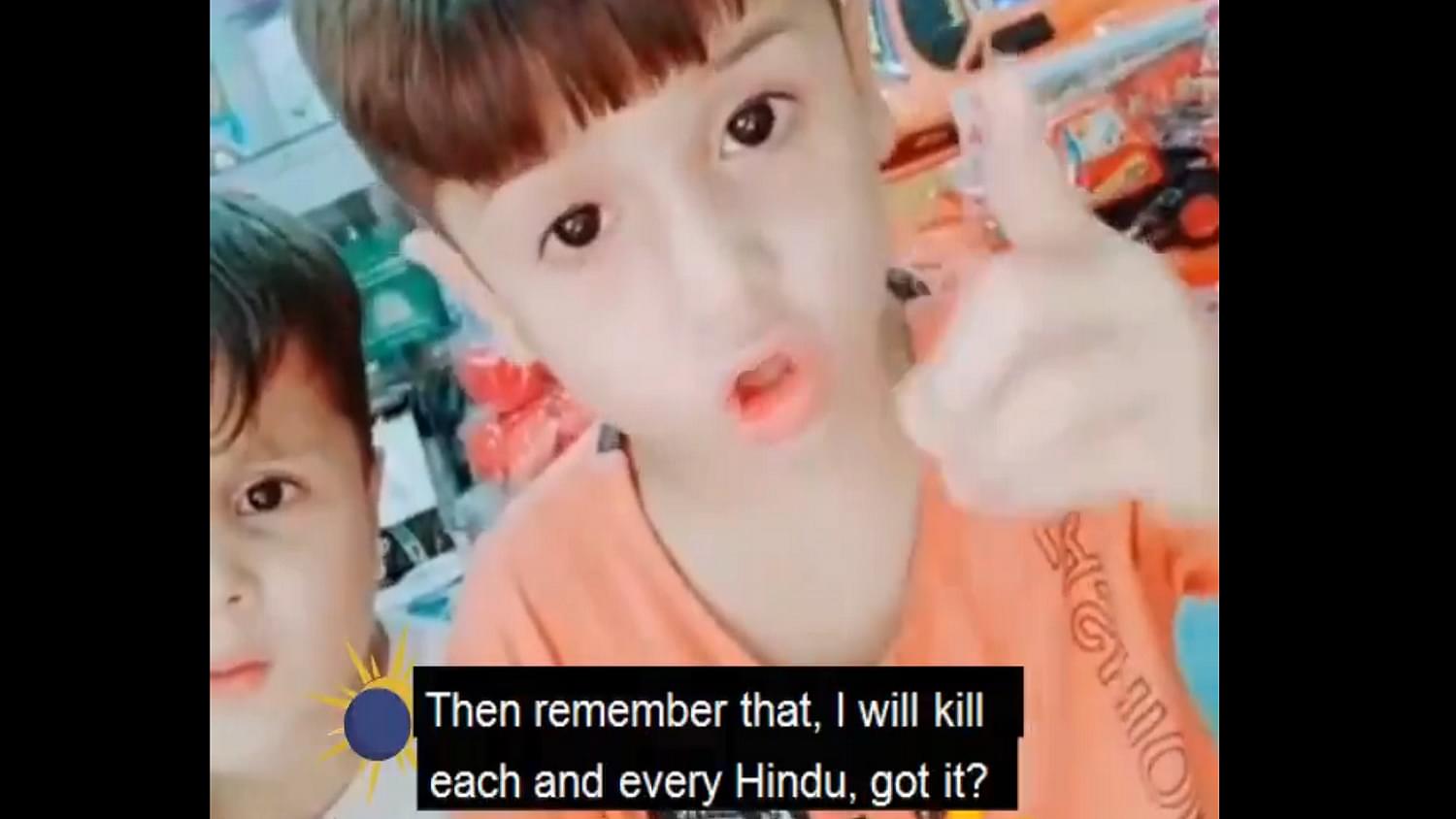 Screengrab from the Pakistani kid's video

Construction of the first Hindu temple in Pakistan's capital city Islamabad has unleashed large-scale Hinduphobia in the Islamic republic.

Not only the construction work on the proposed Shri Krishna temple has been stopped under pressure from Islamic fanatics, the temporary boundary wall of the temple plot was also dismantled by an extremist Islamist radical youth who recieved much applause on social media for his act.

Now, a video has surfaced on social media where a brainwashed kid can be seen warning prime minister Imran Khan that if the temple is constructed, he would "kill each and every” Hindu in the country.

In the video, shared by ‘Ex-Muslims of North America’ on Twitter, a Pakistani man says that his son wants to convey a message to Imran Khan and then points the camera towards him.

The child says, "Khan Sahab (referring to PM Imran Khan Niazi), if the temple is constructed in Islamabad, then remember that I will kill each and every Hindu. Got it? (translated from Urdu).”

Child expressing bigotry over construction of a Hindu temple in Pakistan pic.twitter.com/uX4LMo9CoX

The father then says to Khan, "You see? It's now up to you, brother."

The temple was sanctioned by the current government with a grant of Rs 10 crore Pakistani rupees, but itsconstruction is being vehemently opposed by the religious fanatics.

A leading religious school in Pakistan had issued a “fatwa”, or religious edict, against the construction of the temple, calling it "Un-Islamic".

The religious parties like Jamiat Ulema-e-Islam (F) and Jamiat Ahle Hadith were also against the construction of a Hindu temple as according to them it was against Pakistan’s ideology.

Even Pervaiz Elahi, the speaker of Pakistan's Punjab assembly, said that Pakistan was created in the name of Islam and construction of a temple on its soil is against the very spirit of Islam.

Last week however the Islamabad Capital Development Authority (CDA) stopped the construction of the boundary wall on the plot meant for the temple citing legal reasons.