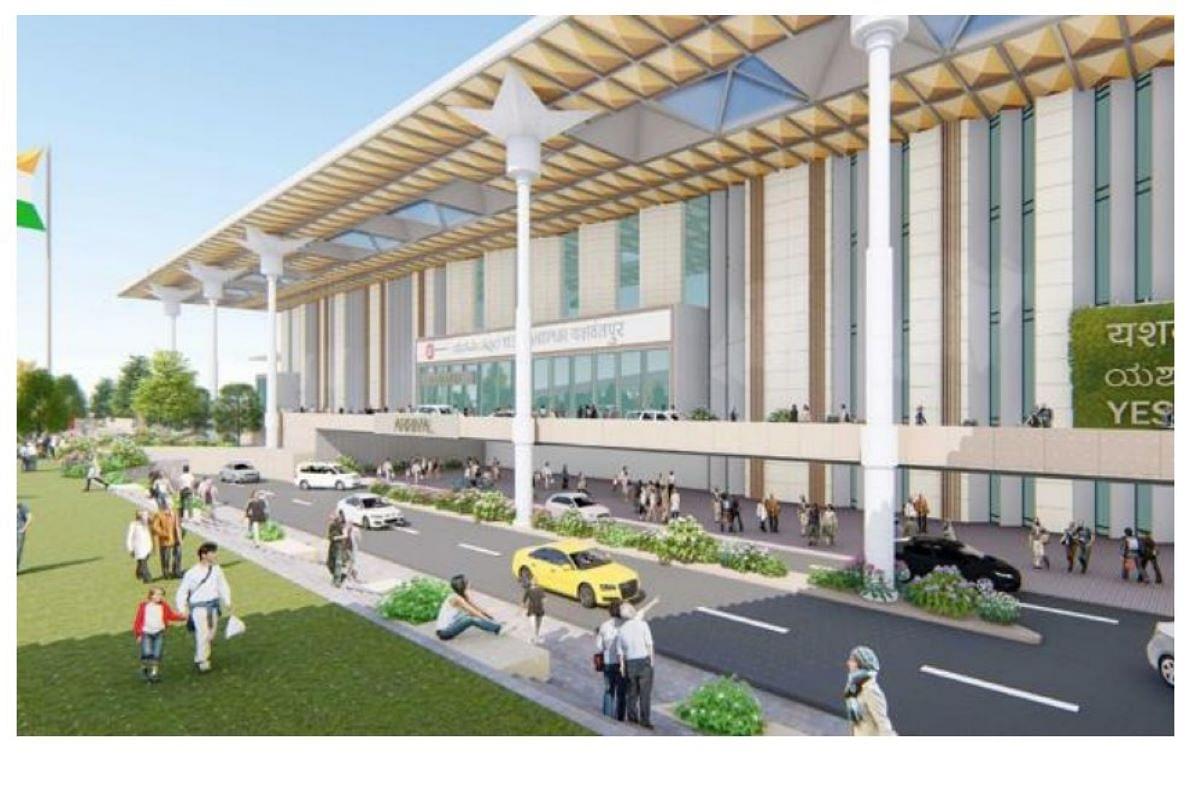 The South Western Railway (SWR) on Monday (Nov 18) said the work on the Rs 380 crore redevelopment of Bengaluru’s Yeshwantpur railway station as commenced and will be completed by 2025.

Based out of Bathinda, Girdhari Lal Construction is an EPC contractor that has executed many projects for Military Engineering Services (MES), National Buildings Construction Corporation Limited (NBCC) and Delhi Development Authority (DDA).

According to the SWR, the project site office has been set up and the first phase of the work has already commenced. The contract will be executed on an EPC (Engineering, Procurement and Construction) mode. Under EPC, the contractor is responsible for the project's design, procurement, construction, commissioning and handover.

The redeveloped station would be able to cater to a daily projected footfall of over one lakh passengers. At present, the Yeshwantpur railway station handles nearly 60,000 passengers on a daily basis, the SWR said.

The redeveloped station will be a state-of-the-art centrally air-conditioned railway terminal and have segregated arrival and departure lounges. There will be modern waiting areas for passengers along with retail spaces, similar to airports.

A new four-storeyed station building will come up near the metro-station side (west side) of the complex. There will be multi-level car parking (G+5 structure) near Platform No. 1. Above Platform No. 1, there will be a departure-cum-arrival plaza with direct connectivity to the concourse, just like in an airport. The roofing of the concourse will have provision for allowing direct natural light. Moreover, well-demarcated pick-up and drop points will be provided to avoid crowding.

"The redeveloped station is envisaged to emerge as 'city centre' attracting passengers as well as the general public. There will be a 216-metre-wide air concourse, with segregated arrival/departure gates for passengers to avoid congestion. The roof plaza proposed over the platform will include retail spaces, food court, entertainment centres, etc. Clearly defined LED-based signages will be provided to help passengers on premises "SWR said in an official release.

"There will be a seamless integration of all modes of public transport at the station for the convenience of the public." SWR added.

It has been proposed to have a provision of connecting with the Metro station at the air-concourse level for the convenience of passengers.

In 2021, South Western Railway(SWR) zone completed a mini-upgradation of the Yeshwantpur Railway station in Bengaluru by constructing an illuminated new entry and provisioning many other passenger amenities done as per the standards of the airport, including the circulating area illumination. The upgradation project has been undertaken at an approximate cost of around Rs. 12 crores.

India’s first Air Conditioned Railway Station - Sir M Visvesvaraya Railway Station at Baiyappanahalli in Bengaluru, which is developed on the lines of a modern airport, was inaugurated in June this year.

Railways invested ₹314 crore in the terminal, which is spread over 4,200 sqm. Prominent features of the station include a fully air-conditioned lobby, seven platforms, parking space for 250 four-wheelers, 900 two-wheelers, 50 autorickshaws, and 20 cabs.

Though the infrastructure was ready in 2020, the railway terminal was not put to use on account of the Covid-19 pandemic and lack of proper road connectivity. The Bangalore Metropolitan Transport Corporation (BMTC) has launched buses to connect the terminal with every part of the city.

The terminal is in the vicinity of the Baiyappanahalli Metro Station on the Purple Line.