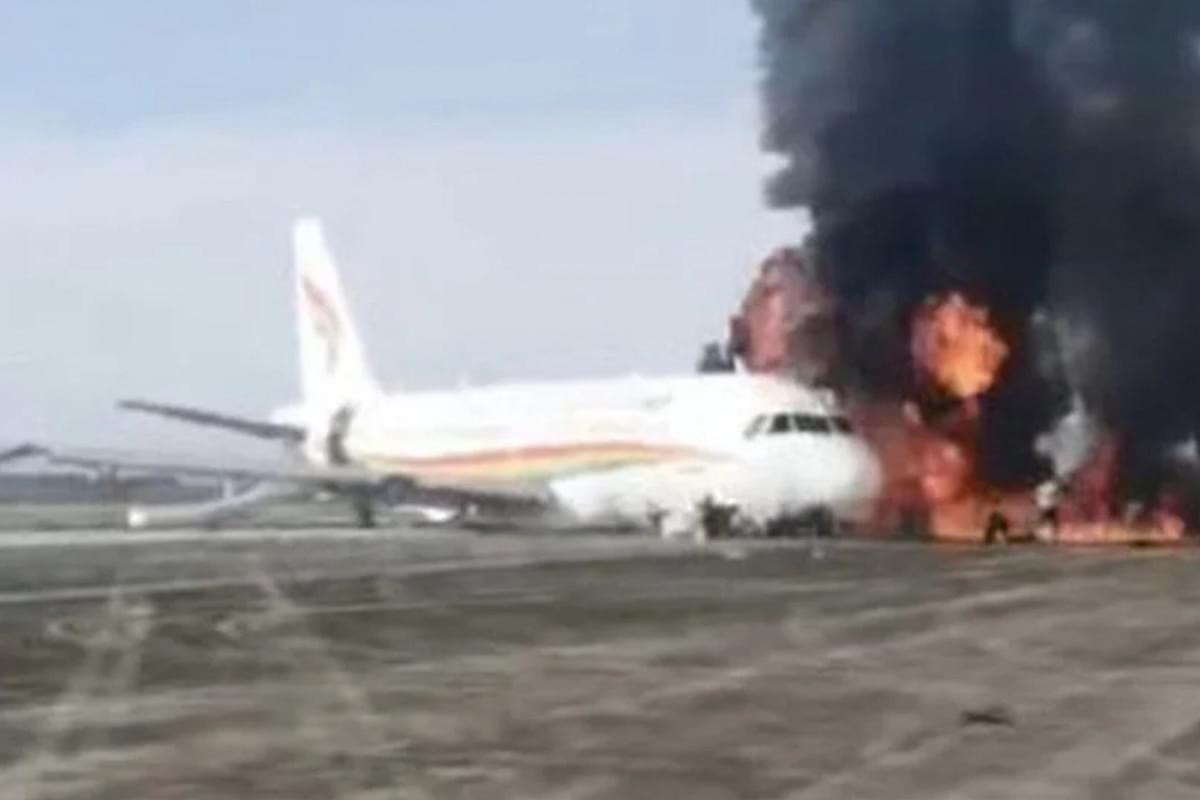 Beijing, May 12 (PTI) Over 40 people were injured when a passenger plane of China’s Tibet Airlines with 113 passengers and nine crew onboard veered off the runway and caught fire while taking off in the country’s southwest Chongqing city on Thursday, the second major aviation accident in the country in two months.

All the 122 people aboard the Tibet Airlines flight TV9833 from Chongqing to Nyingchi in the Tibet Autonomous Region have been safely evacuated, the Civil Aviation Administration of China (CAAC) said.

The Airbus A319-100 had been in service with the airline for nine-and-a-half years, according to the Hong Kong-based South China Morning Post.

The plane bursts into flames after skidding off the runway at the Chongqing airport.

Over 40 people who suffered bruising and sprains during the evacuation were taken to a nearby hospital.

Video footage posted by China Central Television (CCTV) showed flames and billowing black smoke from the fuselage of the Tibet Airlines plane on the tarmac at Chongqing Jiangbei international airport, the Post reported.

People could be seen running from the plane after escaping via an evacuation slide at the rear door.

The CCTV said the fire had been extinguished and the runway closed.

The aircraft was about to depart for Nyingchi in Tibet when the fire started.

The airline has said that the accident is under investigation.

The CAAC said a team had been sent to the scene to investigate the cause of the fire, which began after the plane’s engine rubbed against the ground as it veered off the runway.

The crew aborted the departure for the Tibetan city of Nyingchi when the aircraft ran off the runway at Chongqing Jiangbei International Airport at around 8 AM (local time).

The southwest regional administration said the fire had been extinguished but the runway remained closed. Two other runways at the Chongqing airport were operating normally, it said.

On March 12, a Boeing 737 aircraft from Kunming to Guangzhou crashed in Tengxian county of the Guangxi Zhuang autonomous region. All the 132 people on board, including nine crew members, were killed.