A $36 Million Mistake: Why India Must Walk Out Of The Kartarpur Corridor Project 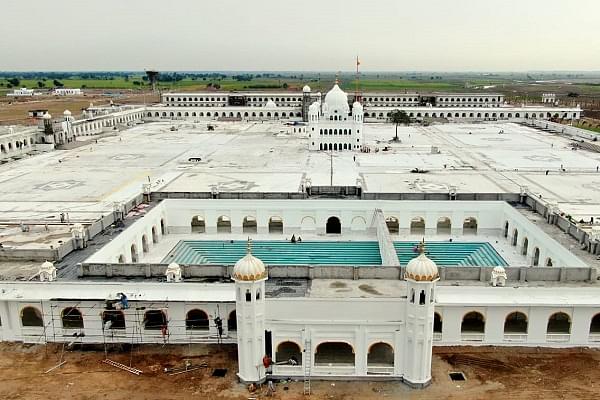 India and Pakistan are set to sign the historic agreement for the Kartarpur Corridor later this week after months of elaborate bilateral discussions.

The visa-free corridor will allow pilgrims from across the world to visit Gurudwara Darbar Sahib Kartarpur, currently located in Pakistan.

What makes this corridor so important is not only the time at which it is being inaugurated, merely months after two countries almost started a war in the wake of Pulwama, but also the legacy.

Darbar Sahib Kartarpur is located 4 kilometres away from Dera Baba Nanak, one of Punjab’s small towns on the border.

From the border, pilgrims, for years, have paid their obeisances. The Pakistanis have been courteous as well, routinely cutting the elephant grass in their area that obstructed the view of the Darbar Sahib from the Indian side.

The entire region evokes strong pre-partition nostalgia. Merely an hour’s drive away from both Amritsar and Lahore, the Kartarpur Corridor is going to be instrumental in strengthening ties between the citizens of the two nations, especially Punjabis.

From an economic perspective, the corridor would benefit Punjab in India as the entire complex on the Indian side, located on the outskirts of Dera Baba Nanak, would get commercial spaces and hotels, thus boosting the local economy and employment in the region.

A new highway was also constructed from Gurdaspur to Dera Baba Nanak to facilitate ease of travelling.

However, as the date of the inauguration draws closer, the corridor no longer feels like a beacon of hope and peace, but that of extortion.

Even after months of deliberations, Pakistan has refused to grant India’s request of doing away with a $20 pilgrim fee.

While India’s request for 5,000 pilgrims each day has been granted, the fee is problematic for a number of reasons.

Firstly, the fee was decided, keeping in mind the overseas Punjabi diaspora. Surely, the Kartarpur Corridor will have visitors from Canada, the United Kingdom, United States, Australia, and other parts of the world.

Thus, a $20 fee is not much, if their perspective is taken into account. Even for the local citizens, the amount will not be a problem. However, more than the price, it’s about the scale.

At 30 days a month and 12 months a year, the total money that would flow from the pockets of Indians visiting the shrine to Imran Khan’s government would be $36 million, for one year alone.

This is when one does not take into account the donations that will be made in the Darbar Sahib, the local purchases if any and festive days when more than 5,000 pilgrims will make the visit.

Assuming the corridor does go on for another year, the total cost would be $72 million, and so forth. Compare this with imports from Pakistan which stood at $500 million for FY2019 and merely $7.3 million in the Q1 of FY2020.

Thus, by imposing this jizyah, or religious tax, and calling it a pilgrim fee, Pakistan wants to overcome the deficit it has suffered due to lack of imports on the Indian side to a greater extent.

Two, there is no clarity on how the money shall be spent. While the Pakistani side claims that the money will be used for operational and maintenance costs, one wonders how Pakistan can justify using $36 million for the maintenance of a 4-km stretch and the shrine, given that the shrine will also receive donations from willing pilgrims.

Thus, there is a looming threat of the money being used to sponsor acts of terrorism on the LoC and against Indians.

By agreeing to the $20 fee, the Government of India is actually endorsing the idea of Indians indirectly sponsoring terrorism against themselves.

The $20 fee sets a dangerous precedent for the future. What if, a couple of years from now, there is a proposal to hike the fee?

While pilgrims may not feel the heat from a $2 hike, even a 10 per cent hike in the fee would add another $3.6 million to Pakistan’s coffers.

To go ahead with the Kartapur Corridor, a year ago, made diplomatic, economic, and cultural sense.

A year later, it feels more like extortion. Pakistan does not care about sentiments, but the $36 million it stands to make.

Putting a price on religious sentiments and cultural diplomacy cannot complement each other.