A R Rahman: The Noise Behind The Musical Maestro 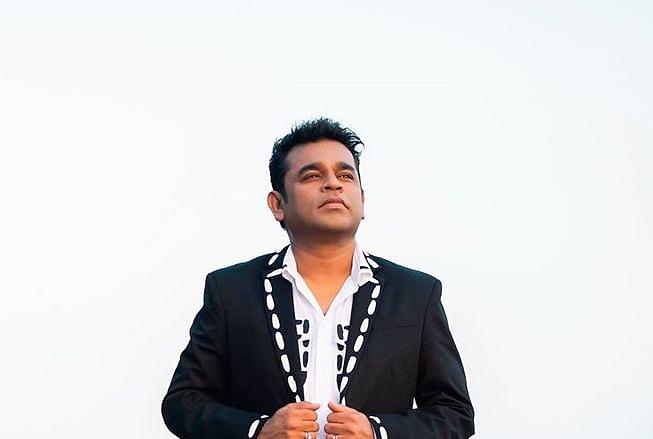 Celebrated music director A.R. Rahman has recently stirred a controversy by saying that there was a 'gang' working against him in getting opportunities in Bollywood.

He was possibly implying that he was deprived of assignments because he was from the south.

Rahman’s claim of being sidelined surprised many informed music observers.

Rahman himself, over his long and illustrious musical career, has been a huge beneficiary of platforms that big Bollywood movie makers provided him.

While considerable credit to his stupendous success must be attributed to the intrinsically unique sound he created, it would be dishonest to deny that sophisticated music marketing machinery played a role.

Rahman’s insinuation gained support from noted lyricist and court poet of Dravidian political establishment, Vairamuthu, who tweeted that while the women 'deer' from the South are getting quite good career opportunities from Bollywood, the male 'deer' from Tamil Nadu are not.

Vairmauthu’s mediocre pun on the Tamil word ‘Maan’ for deer (which also is present in the Arabic name of Rahman, pronounced ‘Rahmaan.’) was predictable, given the political ideology that the lyricist identifies with thrives on fomenting imaginary North-South fault-lines.

A significant section of discerning music fans, many of whom swear by the musical genius of Illayarajya, have long held a dismissive opinion that A.R. Rahman was more a glorified sound engineer than musician.

Another section more sympathetic to Rahman feels that he was in the right place at the right time, and from the movie Roja in Tamil to Rangeela in Hindi, perhaps, he was the first pan-India music director to receive such success and fame with an entire generation moving to his beats — not a mean achievement, says Tiruchendurai Ramamurthy Sankar, a sympathetic fan of A.R. Rahman and a connoisseur of Tamil film music.

But even he agrees that the musical hits that Rahman produced had stopped by 2007 in Hindi and by 2009 in Tamil.

Meanwhile in Tamil Nadu, social media has been digging out some other aspects of Rahman that raise disturbing questions such as whether the ace music director allowed his faith to interfere in the creative collaboration process.

Rahman, who is reportedly not given to much rational thought, believes that the very Hindu deities his father worshipped, killed him.

This is what he told his biographer Kamini Mathai:

I could not handle it (his father’s death). Here was a man who was very religious. Every time he opened his cupboard, he would worship somebody. But at the end, there was no one for him and he died of a mysterious disease. I never found out what the disease was. They used the same Hindu gods that my father was worshipping to kill him. The more he worshipped, the more he was harmed. I thought okay, that was all over. Let’s not get into that. And at one point, I had given up on religion. I was sick of all that, and said there were no gods. Three days later, I read about Islam and the principles of one God. The Sufi healer who used to treat my father was the one who predicted that my father was going to die in a year. I told my mother this and we both decided that we would follow one religion, either Hinduism or Islam, and both of us preferred the way of the Sufis. When we came to the house in Kodambakkam, we decided to embrace Islam.

Rahman was initially a top-notch music-director for commercial advertisements in which the lyrics were written by a famous Tamil poet, Piraisoodan.

According to Piraisoodan, when movie offers came to Rahman and he was in a dilemma, it was Piraisoodan who made Rahman choose the movies option.

But when Rahman entered movie music, he decided to jettison Piraisoodan and team up with the notorious Vairamuthu.

Later, when Piraisoodan and Rahman met in a government function, where Rahman was given the award for best music director and Piraisoodan for best poet, Rahman tried to revive the old professional bond by asking him to come to his house for the lyrics of a movie song.

This time, when Piraisoodan went to Rahman’s house, there was a shock awaiting him.

Rahman’s mother told Piraisoodan that he should not wear Vibuthi and kumkum when coming to their house.

Piraisoodan, of course, refused to remove the Hindu religious marks on his forehead for any reason:

When, for a movie song, Vali gave the lyrics which stated that the mother is saluted as God, Rahman called Vali and said that as "Islam does not allow him to equate mother with his God," he wanted the lyrics changed.

A slightly irritated Vali changed the words in the line, equating mother with an angel.

This is not the first time A R Rahman had got on to the identity politics bandwagon.

It should be remembered that using language separatism to weaken national integration has always been Islamist strategy: the notorious Obeidylluah plan bears testimony to this.

Factoring all these aspects, quite a number of music fans feel that Illayaraja never stooped so low so as to use such identity politics in his professional domain, but always stood upright and continues to exude vibrant and creative genius.

While his insinuating tweet lends itself to motivated interpretations, it would be tragic if A R Rahman, who has been showered with so much love and admiration by his fans across the country, fails to resist the temptation of playing identity politics.

It would be a huge disservice to music.

We wish him the best for his future.