After Modi Statement, Sangh Must Rethink Ram Mandir Strategy: Plan For Two Temples, Not One 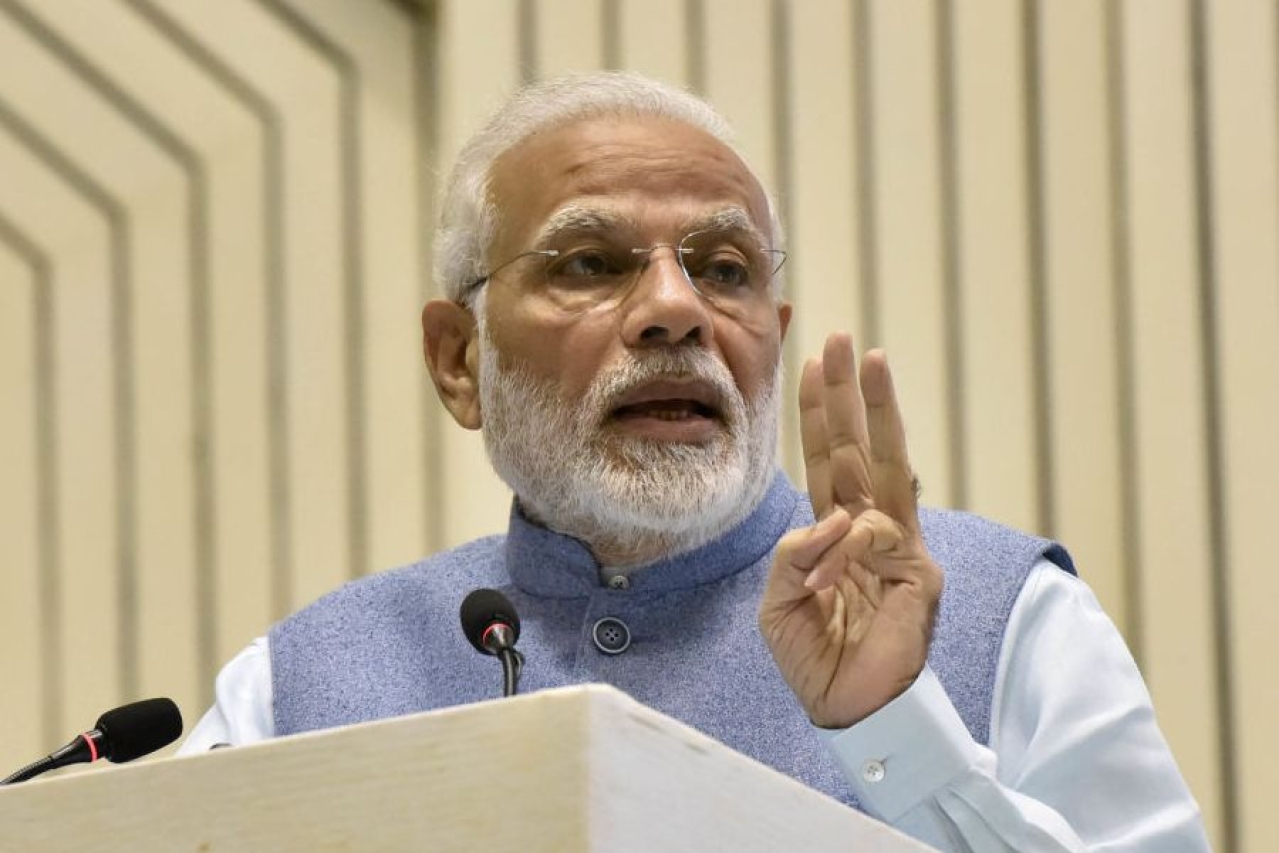 Prime Minister Narendra Modi did the right thing by dousing unrealistic expectations among some Hindu groups that the whole Ram mandir issue can be resolved by the government issuing an ordinance to enable its construction.

In an interview to ANI, Modi said the question of an ordinance can come up after the court gives its verdict in the Ayodhya case, and added a political angle to it by holding the Congress responsible for court delays. He said: “I beg the Congress, for the country's security, for communal harmony, they should not allow their lawyers to set hurdles in the case. The case should take its own course. We should all work towards seeking an early verdict. After the verdict we will take necessary steps.”

Those who are hyping up the ordinance issue before the Lok Sabha polls – which is the Bharatiya Janata Party (BJP), and the Sangh parivar – are doing the Hindu cause real damage. Not only is an ordinance counter-productive, for the courts will surely examine it and set it aside, but it will end up denting what many believe has the makings of a long-term Hindu vote bank. Hindus will not be fooled repeatedly on the Ram temple issue.

One wonders why Hindu organisations believe that a law to enable the construction of the temple in Ayodhya is some kind of silver bullet. Political-minded Hindus seem to be looking for one-shot solutions when the only two viable, and sensible, solutions are a court verdict or an agreement with Muslim groups reached out of court. Bringing a law may enable a temple construction at some point, but it will vitiate communal relations forever, and the temple itself will become a target for jihadi organisations. If Muslims believe that they are being strong-armed into giving a concession on Ram Janmabhoomi, the feeling will fester for years.

Hindus, therefore, need to think clearly and strategically, not emotionally. The Prime Minister’s statement on the Ram temple should be the starting point for a strategic rethink on how to get the temple constructed.

First, the basics. The effort must be to formally rewrite official history to acknowledge that many Hindu temples were indeed destroyed and replaced with mosques. The works of Sita Ram Goel and other historians like B B Lal, Koenraad Elst and Meenakshi Jain in this area should be widely disseminated so that the general public realises that the Ram temple is not just some kind of muscle-flexing exercise of extremist Hindus. Without this intellectual and social ballast, even ordinary Hindus may not see why such a fuss is being made over a temple in Ayodhya, when it can be built anywhere.

Second, a law enacted by Narasimha Rao in 1991, well before the Babri structure was demolished, needs to be repealed or amended to exclude Kashi and Mathura from the ban on litigation imposed by the law.

The Places of Worship (Special Provisions) Act, 1991, enacted by Rao, prohibits the conversion of any place of worship from one faith to another, and maintenance of the religious character of a monument as it existed on 15 August 1947. While the act specifically excludes the Ram Janmabhoomi from its coverage, it essentially killed Hindu hopes of using Kashi and Mathura, where too mosques were set up on temple areas during Islamic rule, as bargaining chips to get the Ram temple done. The idea of saying “we will let go of Kashi and Mathura demands if you give us Ram Janmabhoomi” is thus not possible anymore. Hindus have no bargain to offer. Intimidation of Muslims is no substitute for a genuine bargaining chip.

Third, the Ram temple issue itself needs a different approach. Today’s Hindu groups have two problems: one is that the material for building the construction of the temple has been lying idle for over two decades now, and patience is wearing thin among hard core elements in the sangh parivar.

The other is the reality that the courts are not in a rush to deliver a judgement anytime soon. Even if they do, they may deliver a compromise verdict like the one given by the Allahabad High Court in 2010, which split the Ram Janmabhoomi land in the proportion of 1:2, with Muslims getting one-third, and Hindu groups the other two-thirds.

One sensible way to deal with both issues is to plan a “two Ram temples” strategy. The Uttar Pradesh government should allow the trust organising the construction of the Ram temple to build it on the banks of the Sarayu outside the disputed site, or even some distance away. This way the emotive energies of Ram bhakts can be channelled towards temple building in the short run without causing communal damage.

However, it should also be made clear that this is not the final Ram temple that was promised earlier, which will await the court verdict. In order to disabuse anyone of the idea that building a temple at Ram Janmabhoomi has been abandoned, the UP government should emphasise that the substitute Ram temple is a ‘vanvas Ram temple’, thus putting the psychological onus of ending the vanvas on intransigent Muslim groups and the courts. The actual, maybe smaller, Ram temple on the Janmabhoomi, can be built after the court verdict. It is unlikely that any court will give a verdict that runs entirely counter to what Hindus want.

Hindus have to learn to think strategically and not emotionally, and the PM’s statement gives them the right opportunity to rethink how the Ram temple will be built.

Jagannathan is Editorial Director, Swarajya. He tweets at @TheJaggi.
Get Swarajya in your inbox everyday. Subscribe here.
Tags:
1.3 K Shares