After PFI Crackdown, Thinking Muslims Must Ask Themselves 10 Questions 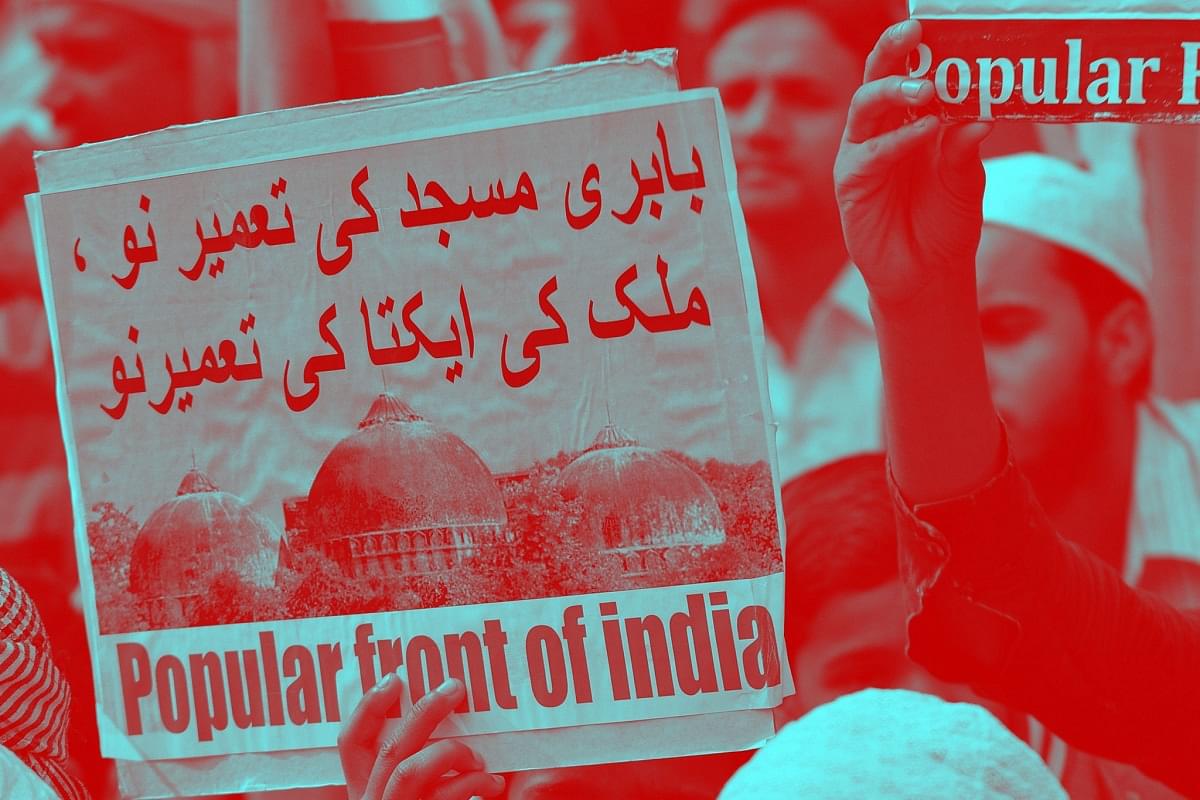 Activists of PFI at a rally. (Representative Image)

After the crackdown on the extremist Popular Front of India (PFI), the targeting of Hindus and Hindu symbols in Leicester and Birmingham, the massive anti-hijab protests in Iran, and several months of aggressive “Sar tan se Juda” rallies in many parts of India, no honest and thinking Muslim can ignore what is happening right in front of his or her eyes.

Even before launching a dialogue with Hindu organisations, which Rashtriya Swayamsevak Sangh (RSS) chief Mohan Bhagwat has started, Muslims need to ask themselves a more basic question: If a narrow interpretation of Islamic law compatible with an open society?

In The Open Society and its Enemies, philosopher Karl Popper critiques teleological ethicality as enunciated by the likes of Plato, Marx and Hegel as threats to open societies.

They see history moving inevitably towards universality as described or imagined by them.

But we know from reading our own and world history, that there is nothing inevitable about any outcome.

It depends on how society, politics, and the general environment evolve over a period of time, shaping outcomes differently each time.

Popper believed that you cannot be liberal with such ideologies since they ultimately threaten open societies.

To repeat, Indian Muslims, who have been exposed to in-built Indian pluralism and not monotheistic binaries, must ask themselves whether some (but not all) of the tenets they have been handed down from their three sources of law — the Quran, the Hadith and the life of the Prophet himself — are compatible with the idea of an open society.

Here are some 10 questions they must debate and discuss internally, and then announce to the world at large.

They revolve around some of the revelations of Allah (as told in the Quran), and the Sunnah — the Prophet’s own sayings and actions, including what is discussed in the Hadith and attributed to him by his key followers and companions.

Q1: Must everything attributed to the Prophet, including his various actions that were dictated by his political situation at a particular time, be copied in toto now, when the objective conditions have changed?

There are some things eternal in the Quran, but a lot of it is related to the Prophet’s challenges in those times.

An honest answer to this question does not need any rewrite of the holy book, as one case in the Supreme Court tried to argue unsuccessfully, but a decision to de-emphasise certain things that are not relevant to a pluralistic society.

Surely, the call to behead those who blaspheme is a required reinterpretation?

Q2: How much of the language and words handed down over the ages, including pejorative references to non-Muslims as kafirs, the extolling of ghazis, and the categorising of countries as Dar-al-Islam and Dar-al-Harb based on the religion of the ruler, relevant or even acceptable in the contemporary world today?

Q3: How much should Muslims seek to separate themselves from the mainstream of the country they live in by letting organisations like Tablighi Jamaat, or other such organisations, who believe that Muslims must not adopt syncretic practices inherited from their earlier faiths or traditions borrowed from neighbours around them?

Salman Akhtar, brother of Javed Akhtar and a professional psychoanalyst in the US, had this to say about the benefits of puritanical fundamentalism for humans: it brings emotional certainty, when the burden of sanity forces us to live in ambiguity and uncertainty.

Sanity requires Muslims, as well as Hindus or members of other faiths, to stop believing that there was some pristine world that existed in the past that can be recreated by imposing the norms of that time today.

Q4: How far must they seek alignment with the Umma, the global Islamic community, when the interests of the Umma sometimes collide with local laws and interests?

Should patriotism to India not be placed above solidarity with the Umma?

Should Muslims who have problems with Hindus or other faiths in India always seek the interventions of the Umma and Muslim countries, when they know that a similar option is not available to Hindus?

If Muslims in India flex their global muscles merely because there are over 50 Muslim-majority countries in the world, many of them wealthier than India, how will this not vitiate their relationships with people from other communities?

Q5: Muslims of today do not need to carry the can for bigoted Muslim rulers from the past.

But is it not their duty to learn about these bigots, whether it is an Aurangzeb or a Khilji or a Tipu Sultan or the Moplah rioters, on how they harmed Hindu society by destroying their temples and forcibly converting some of them through violence and intimidation?

Can they endlessly refuse to engage with these facts and still expect Hindus to be tolerant and friendly towards them? Are the Sar than se Juda threats not a continuation of the same trend today?

Q6: How far do Muslim organisations of today want to stretch the religious rights guaranteed under articles 25, 26, 29, and 30 of the Indian Constitution to impinge on the rights of others, including the right to azaan using loud-speakers in crowded localities, and namaz on public roads?

How long will they seek separate civil laws for themselves, and thus impose another form of separation from other communities living around them?

Q7: Most people are willing to concede that the Muslim economic condition is not as good as it should be, and lags the progress made by other communities.

But it is one thing to flag the need for improvements, quite another to claim permanent victimhood status, which then gets weaponised as Hindu hatred in India, and against Hindu and other non-Muslim communities elsewhere?

What accounts for the universal victimhood complexes of Muslims everywhere, even in liberal Scandinavia, which presumably had no particular biases against them?

Why did Muslims riot in Sweden and injure scores of policemen last April?

Q8: Has the Muslim community ever asked itself how many of its current problems can be blamed on others and how many flow from their own attitudes to the society around them?

Does locking yourself into ghettoes, and creating no-go zones for the police, help end this self-imposed isolation and fear of contamination by other faiths and traditions?

Q9: Is the community ready for give and take negotiations with other communities around it? Everything cannot be reduced to a constitutional right, for practices and traditions can sometimes be in conflict, and it means enabling compromise solutions involving those who do not agree with you.

Q10: How long should Muslims use street vetoes to nullify laws passed by legislatures, such as the Citizenship Amendment Act 2019?

Answers to these questions will determine whether or not Indian Islam can become compatible with India’s plural and open society.