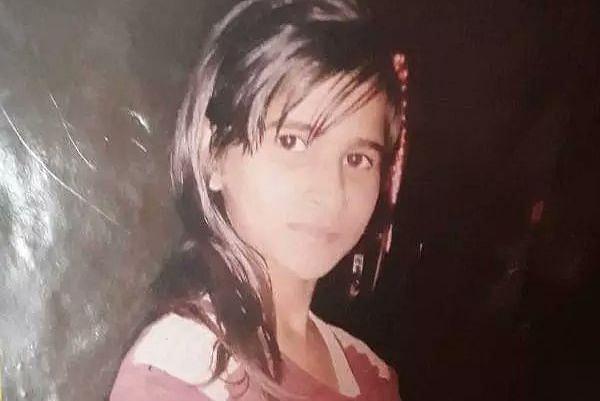 Sanjali, the 15-year-old who was burnt alive by his own cousin-brother over one-sided love (Source: @anchan_shaila_/Twitter)

In a dramatic turn of events in the gruesome murder of 15- year-old Dalit girl, Sanjali, who was set ablaze by two bike-borne men last Tuesday (18 December), in Agra district of Uttar Pradesh, her own cousin brother Yogesh as been implicated as the prime suspect, reports Jagran.

The murder has turned out to be crime of passion committed over one-sided, unrequited romantic aspirations of the accused.

After gathering evidence, the Uttar Pradesh police interrogated Vijay, and Aakash, relatives of Yogesh, who confessed that they had aided Yogesh in committing the murder. They went on a bike, poured petrol on Sanjali and set her on fire.

The police has arrested the duo and also seized both the two-wheelers used by them. Sanjali’s father had been present during the interrogation, and the evidences regarding the case were shared by the police with him.

According to reports, the police had suspected Yogesh, elder cousin-brother of the victim, from the very beginning. His suicide by consuming poison two days after the incident increased the suspicion.

Sanjali, a class X student, was set on fire by two men in Uttar Pradesh’s Agra district, when she was returning from Asharfi Devi Chidda Singh Intercollege in Naumeel village. She later succumbed to the injuries in Safdarjung Hospital, Delhi.

As the news of our death reached her home-village, Lalau, angry protesters squatted on the roads demanding justice. Slogans were raised against the state police and chief minister, Yogi Adityanath.

Bheem Army of Chandrasekhar Azad had its own activists taking to the streets. Samajwadi Party (SP) and Bahujan Samaj Party (BSP) had also declared that they will make Sanjali's killing an electoral issue. The two parties had also stalled assembly proceedings.

Due to high intensity politics over the issue, a large contingent of police personnel including senior officials had to be deployed to deal with any prospective violence.

Observers say the political attack on Yogi Adityanath’s government over the girl’s murder was motivated by the opposition’s dislike of the reportedly improved law and order situation in UP. Parties may have also seen an opportunity to stoke caste fires in a state where nearly all major parties are aligned with major caste groups such as Yadavs, Dalits and Brahmins.