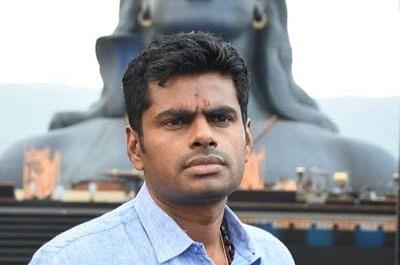 The well-justified elevation of Annamalai, ex-IPS, to the presidency of Tamil Nadu Bharatiya Janata Party (BJP) within a year of him joining the party has created quite a flutter. What's interesting is that this elevation was made possible due to a series of leadership moves within the party in the last couple of years.

The problem with the Tamil Nadu unit of the BJP had been that, in most places, the growth of the party had reached a plateau. The existing crop of leaders had more or less reached a point where they could no longer add to the momentum for growth at the cadre and support ecosystem level.

For someone new or young to take over and try new ideas, there had to be a way to accommodate the older generation who had been slogging all these decades. And thus, it was that Tamilisai Soundarajan, a veteran of the party, had been promoted to a state governorship. And in her place, a younger L Murugan, a Dalit leader within the party and a scholar as well, could be appointed.

Meanwhile, other candidates for state leadership had also been moved up. Party veterans like Vanathi Srinivasan and CP Radhakrishnan could not possibly be interested anymore in state leadership. The former has been made Mahila Morcha head, and the latter is now running a fairly prosperous board under the Ministry of Micro, Small and Medium Enterprises.

There had been one potential state president candidate in the form of Nainar Nagendran. But thanks to the BJP winning a few MLA seats, Nagendran is now the leader of the party in the legislative assembly. He's already crossing swords with the Chief Minister in the assembly and is sure to be busy in legislative and policy matters in the coming years.

With 3-4 leaders being accommodated and well occupied in national posts, government committees and various boards, there is now a fresh slate for the younger lot to operate.

The elevation of Murugan to state presidency last year was a good experiment in this context and one that did much to rid the party's image of being an upper-caste club.

Unlike in the first term when the party leadership did not particularly give Tamil Nadu any extra attention, Modi has been trying to build a rapport with Tamil voters since 2019 - hence all the references to Tamil being the oldest language in his speeches and such. And thus, it was that Murugan, the recently elevated state president of Tamil Nadu BJP, who was given another promotion and made union minister.

In going to the union ministry, Murugan created a vacancy for state presidentship - one that could not be filled by any of the old warhorses. They were all busy being governors, other unit chiefs and chairmen of boards or committees.

K Annamalai's own success in being able to quickly enthuse party cadre and quickly build a social support base, something not many Tamil Nadu BJP leaders have fared well at, coupled with all the leadership movements in the last year could mean only one thing - it was now possible to try Annamalai as state president.