Anti-Blasphemy Bill Is DOA, Unless The Purpose Is To Prevent Slander Of Hindu Icons 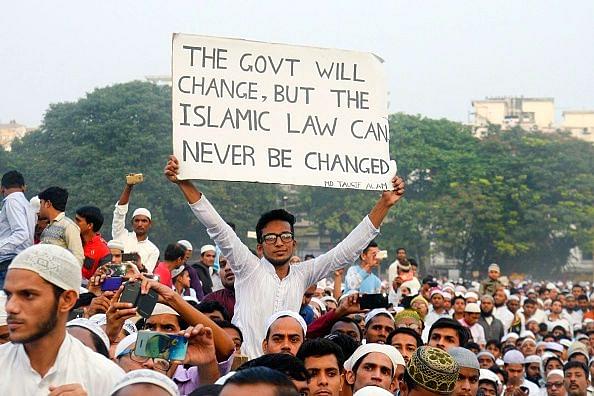 Sometimes one wonders why our politicians think so poorly of the intelligence of citizens and voters. Exhibit A is the Bill to protect Prophet Muhammad from insults. Pushed strongly by the Vanchit Bahujan Aghadi (VBA) led by Prakash Ambedkar and various Muslim groups, the Bill, titled Prophet Muhammad and Other Religious Heads (Prohibition of Slander) Act, 2021, the name itself is a dead giveaway.

For one, if the idea is to prevent slander or insults to all religious figures, why put the Prophet’s name at the top of the list? Clearly, this is an attempt to put one religious figure above all others. If this is not supremacist thinking, I don’t know what is.

On the other hand, if there is one religion whose path everyone is fearful of crossing, it is Islam. From the death sentence on Salman Rushdie to the assassination of Kamlesh Tiwari in Uttar Pradesh, hotheads in the community tend to take the law into their own hands to defend the Prophet’s honour.

This spreads fear among other religious communities. While state action against blasphemy has to be measured and within the law, revenge against real or imagined insults to the Prophet is impossible to police or prevent.

If at all any community needs an anti-blasphemy law, it is Hindus. Reason: from Dravidian, Dalit and communist activists to preachers from both Islam and Christianity, not to speak of self-loathing Hindus, Hindu gods and religious leaders and gurus have been considered fair game.

A community that suffered so much from Abrahamic iconoclasm and Communist antipathy has not asked for an anti-blasphemy law, but those who have world powers batting for them to shield them from alleged Hindu “majoritarianism” seem to be demanding special treatment.

The problem with any anti-blasphemy law, or hate speech for that matter, is that the terms are so difficult to define. One can understand that drawing a prophet cartoon or representing him in any way can be called blasphemy, but would any criticism of the Prophet’s actions during his lifetime — and there are some controversial events to note — be considered blasphemy?

If Muslims can criticise Hindu polytheism or atheism, why is the reverse not acceptable? And what is hate speech? If I say Islam has an imperial agenda, would that be called hate speech or Islamophobia? Where does one draw the line between valid criticism of a religion and its icons and blasphemy?

That said, there is a case for a limited and narrowly defined anti-blasphemy law in India, and this is needed largely for the protection of Hindus. If such a law focuses only on penalising ad hominem attacks against Indian gods, Sikh gurus, Jain and Buddhist icons, and prophets of other religions, and a pre-defined set of holy figures (to be created regionally by members of various religions and sects) is drawn up for exclusion from attacks, it would be fair, though still subject to varying interpretations.

One can see radical Periyarists and even some Dalit leaders refusing to accept limits on abuse of Hindu icons. Those who earn their political bread-and-butter by endless demonisation of Hinduism will want only a slanted blasphemy law.

To put in mildly, the anti-blasphemy bill is DOA — dead on arrival. The only way it will pass is if Hindus have lost all sense of self-preservation and self-respect and do another Gandhi in making one-sided gifts to one community in the hope of buying its loyalties. Appeasement has never worked, and it won’t work here too. If we still end up with a one-sided blasphemy law, supremacist ideas would have won.

If at all there is a law, it should be a central law, and not regional. This way slander limited only to Hindu icons can be delegitimised.