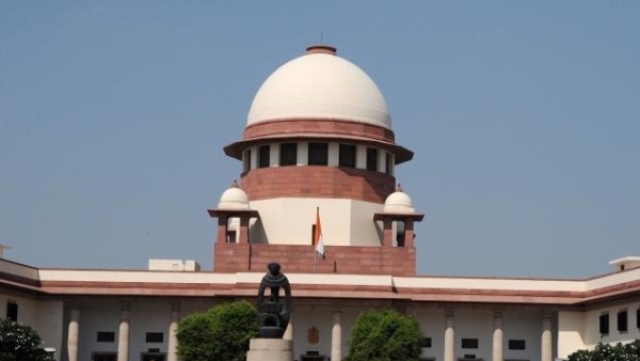 Supreme Court of India will start hearing arguments in the Rohingya case from tomorrow (21 November). With affidavits having been exchanged amongst the parties, there is a fair amount of clarity about the arguments each side is going to present. A prima facie assessment of the stand taken by the central government in the matter suggests that there is more than a slim chance that the matter may end up blowing in the face of the government. A quick course correction, therefore, is warranted.

Shorn of all details, the legal battle is broadly centered on one question – whether or not Rohingyas have a fundamental right against refoulement. The answer to this question will, in turn, depend upon the answer to two questions – does India have a non-refoulement obligation under international law? If yes, is such obligation repugnant to or contrary to or inconsistent with the domestic law of India?

In the event, India does have a non-refoulement obligation and if such an obligation is not inconsistent with any domestic law, Article 21 of the Constitution, which confers upon every person present in India a right to life, it may be construed to include a right against refoulement. If that indeed turns out to be the case, mass deportation of Rohingyas to Myanmar may turn out to be legally impermissible.

However, if India does not have a non-refoulement obligation under international law or even if it does have such an obligation, but the same is inconsistent with the domestic law of India in some way or the other, no legal hurdles may stand in the way of expulsion of Rohingyas from India to Myanmar.

On the face of it, the government appears to be on solid ground. Further scrutiny, however, reveals otherwise. The aforesaid contention of the government is, unfortunately, of no consequence and nothing turns on it for the simple reason that the petitioners do not dispute that India is not a party to either the 1951 Convention or to the 1967 Protocol. It is not the case of the petitioners that India is bound by the principle of non-refoulement because it is a party to the 1951 Convention or to the 1967 Protocol.

First and foremost, the government ought to dispute the proposition that non-refoulement constitutes customary international law.

James C Hathaway, the James E and Sarah A. Degan Professor of Law at University of Michigan, who is a leading authority on international refugee law, in his book The Rights of Refugees Under International Law, which is widely regarded as an authority on the subject, on Page 363 under ‘An expanded concept of non-refoulement?’, states:

Customary law is not simply a matter of words, wherever spoken and however frequently recited: custom can evolve only through interstate practice in which governments effectively agree to be bound through the medium of their conduct. This standard simply is not yet met in the case of the duty of non-refoulement.

In a 2010 paper titled ‘Leveraging Asylum’, Hathaway, yet again rejects the proposition that non-refoulement constitutes a customary norm and states:

The basic notion that customary law may emerge from a treaty-based norm is well-accepted. At least since the Asylum Case, it has been recognized that the tree of customary international law can grow from the acorn of specific treaties. But the role of the treaty-based norm is essentially auxiliary: it crystallizes the content of the putative norm and provides a context within which the two essential elements of a customary norm-opinio juris and consistent state practice can be located. In the case of the putative customary duty of non-refoulement, these two essential requirements for the emergence of customary international law are not met.

There is, therefore, credible authority to show that non-refoulement does not constitute a customary norm.

The petitioners, on their part, have adduced no evidence to show that the essential requirements of opinio juris and consistent state practice are met in so far as the putative customary duty of non-refoulement is concerned. They appear to take for granted that non-refoulement constitutes customary international law.

Despite the aforesaid, the central government has, for some reason, not countered the claim of the petitioners that non-refoulement constitutes a customary norm. Such omission on part of the government may prove detrimental.

Second, the government also ought to dispute the proposition that the principle of non-refoulement is not inconsistent with the domestic law of India and that Article 21 must, therefore, be construed to include a right against refoulement.

Most Rohingyas have clandestinely crossed over into the territory of India without first having sought leave to enter India. As such, for all purposes of law, Rohingyas must be deemed to have not entered India at all. Since rights under the domestic law vest only in those persons who are present in India, no rights vest in Rohingyas, because, in the eyes of law, they have not entered India and are, therefore, not present in India.

Non-refoulement, on the other hand, amounts to a de facto duty to admit the refugee. Even if such a person enters India without having first obtained leave to enter India, he shall be deemed to have been admitted to India and shall possess such rights under domestic law which vest in persons who are present in India.

It is, therefore, evident that the principle of non-refoulement is inconsistent with domestic law, and, therefore, cannot be read into Article 21 of the Constitution.

Strangely, the government has advanced no argument on the aforesaid lines.

It must be borne in mind that if the principle of non-refoulement constitutes a customary norm and if non-refoulement is not inconsistent with domestic law, Article 21 may be read so as to include a right against refoulement, in which case, it would not be open to the government to deport Rohingyas to Myanmar as long as the situation in Myanmar does not change. Though derogation could be countenanced if national security is threatened but the same may have to be ascertained on an individuated basis.

In light of the aforesaid, an immediate course correction is warranted. The government has a difficult legal battle on its hands. Pitfalls must be scrupulously avoided.