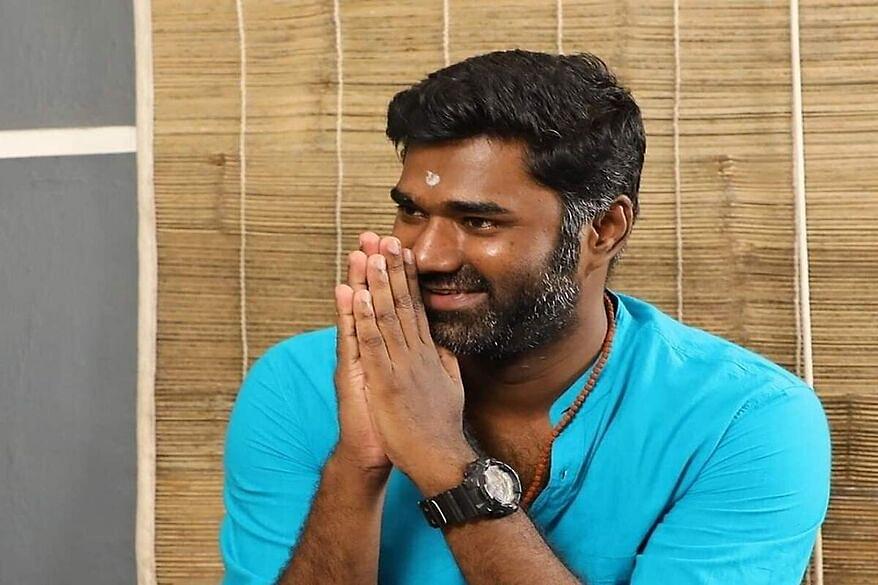 The arrest of YouTuber Maridhas by Tamil Nadu Police has not sent shockwaves in the state because this is what has been expected of the Dravida Munnetra Kazhagam (DMK) government.

The DMK has always had a track record of crushing the freedom of expression right from the days of DMK supremo late M Karunanidhi. The attacks on Kumudam and Thuglak, including confiscation of their copies which brought to light obscene attacks on Hindu deities by E V Ramasamy; the attack on saintly Tamil scholar Thirumuruga Kirupananda Variyar and ransacking his worship platform by DMK cadre; the murderous attack on ‘Dinakaran’ in the temple city Madurai under DMK rule following family dynastic dispute — are just a few events defining the nature of the party called the DMK.

Through the decades, the DMK under Karunanidhi also cultivated it own faithful journalists. During the United Progressive Alliance-DMK rule, these media persons started filling up all the news channels and it seems what was once achieved by the DMK cadre is now achieved by the media persons through biased and misreporting of facts.

Then there is also the church-linked organisations like AICUF (All Indian Catholic University Federation) which also trains and seeds their propagandists as media persons. They converge to create a pro-DMK media environment in Tamil Nadu, which is axiomatically anti-Hindu.

It is in this context, that YouTuber Maridhas appeared on the scene. He has been using the power of YouTube to get his message to the youth. He has attacked the 'holy duo' of Tamil Nadu relentlessly — Dravidianism and Marxism. With elaborate chart-based presentations, he explains the concepts to his audience. He has become a phenomenal hit among social media users.

In the process of exposing the media bias, he has taken head on some of the strongest media men, supported by political godfathers, and had exposed their allegiance to DMK and their neglect of objective truth. Thus, he had earned powerful enemies. In fact, if there has ever been a voice that really speaks truth to power, where such a lonely voice faces all kinds of harassments and abuses, it has been the voice of Maridhas.

Since coming to power, the DMK government has been following the path of silencing such voices.

Already, another social media personality, Kishore K Swamy, has been arrested under the Goonda Act and has been languishing in jail for months — for alleged ‘defamatory remarks’ against the DMK.

It is believed that it was only a matter of time before the Tamil Nadu administration went after Maridhas.

The opportunity came soon. An undergraduate student, Manikandan, was taken to a police station at Keezhathoroval of Tamil Nadu’s Ramanathapuram district in the evening of 4 December when he and his friend were riding a motorbike without stopping during a routine traffic check. Later, the police sent him home. Hours after release, Manikandan died under mysterious circumstances.

Suspecting torture, the victim's mother approached the Madurai-bench of the Madras High Court and received orders for re-post-mortem and release of the complete CCTV footage.

Maridhas has been vocal in demanding justice for Manikandan through his videos. The state government used this opportunity to file a case against Maridhas and arrest him, alleging that he had made baseless charges against the police, and spreading defamatory information about them.

On 8 December, the nation was in a state of shock following the tragic death of Chief of Defence Staff General Bipin Rawat along with his wife and 11 other army men in a helicopter crash. While the nation was in shock, disbelief and pain, there were certain perverse posts from some individuals on social media. Maridhas stated that such elements become vocal whenever DMK comes to power. He expressed concern that if such secessionist tendencies are not tackled, Tamil Nadu could potentially face Kashmir-like situation.

Based on a FIR was filed by a member of DMK IT cell, Maridhas was charge-sheeted and arrested Maridhas.

While Tamil Nadu state BJP chief K Annamalai has already spoken with Maridhas and has expressed his solidarity, there is a strong possibility that Maridhas may not get justice if the case is tried inside Tamil Nadu. The current government may want to make an example out of Maridhas to thwart any dissent in future.

This is a time for all democratic forces in the nation to come together to stand with, and fight for, Maridhas.