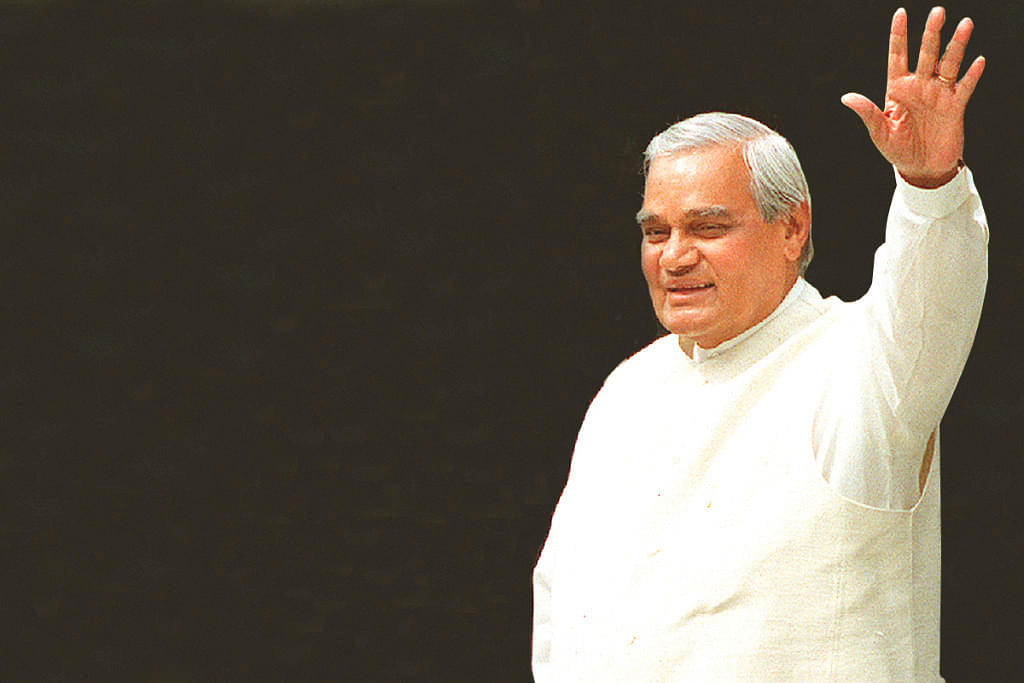 To truly understand the importance of Atal Bihari Vajpayee to modern India, one must reflect on the state of the polity that existed in our country during the mid-nineties.

The Indian electorate had been subjected to more than a decade of crushing disappointment from their political leadership – from the Janata experiment through the Rajiv Gandhi premiership and then, the meandering days of V P Singh and Chandra Shekhar. The tragic death of Rajiv Gandhi had left the Congress leaderless and a hotbed of internal jousting and one-upmanship. The durbari intrigues of the grand old party had hobbled the Narasimha Rao government so much so that despite some far reaching economic reforms it had managed to implement, when the government had demitted office, the public sentiment all around was one of disillusionment with the direction the country was headed and a palpable resignation towards another era of underperformance of the Indian state.

In hindsight, it seems almost impossible that the India of those days could have helped not falling in love with the stylish poet-statesman from Gwalior. His masterful oratory – which he used to riveting effect while announcing his resignation at the end of his extremely short first tenure as prime minister – was in stark contrast to the dreary political drudgery that the public had been used to from its prime ministers, and won many more hearts than his political opponents could have ever imagined.

In the idealism and old world elegance which Atalji had displayed on that day, India found a glimmer of hope – one which carried it through the cynical United Front years and delivered the momentum for the Bharatiya Janata Party (BJP) to return to power in 1998.

For the next six years, Atalji provided the nation with a stable and forward thinking government. He conducted the Pokhran nuclear tests, led the nation through the Kargil war, modernised India’s foreign policy and launched the most comprehensive infrastructure upgrade programme the country had seen until then.

Blessed with extraordinary political instinct and the courage to take daring decisions, his term was also adorned with grand political gestures and imaginative moves which, regardless of their success or failure, served to only increase his popularity with the masses. The Lahore bus ride, the elevation of Dr A P J Abdul Kalam to the Presidency and the Pokhran nuclear tests were not just testaments to his statesmanship but also evidence of a man who had the courage to take big risks and walk the path less trodden.

Perhaps, most importantly, his government pursued a truly reform focused economic agenda, breaking the self-imposed shackles of Indian enterprise and laying the ground for India’s emergence as an economic powerhouse. As almost any economist worth his salt would tell you, it was the financial management and economic policies of the Vajpayee government which the nation has to thank for the economic boom it saw during the initial United Progressive Alliance (UPA) years.

But the true appeal of Vajpayee went beyond his achievements as prime minister, transcending any form of logical political analysis and into the realm of the enigmatic.

It might be difficult to imagine now but during the early to mid-nineties, the general impression amongst most political commentators on the BJP’s rise, through the Ram Mandir movement, was that it was nothing but a one-off aberration. The expectations from the durbar and its courtiers was that the appeal of the party would fade as the Ram Mandir tempers cooled over time and the Congress would be back where they belong. This confidence also came from the assumption that the BJP’s appeal would never exceed its traditional base and its supposed ‘extremist’ instincts would make it a toxic coalition partner.

It was exactly here that Vajpayee confounded the BJP’s detractors the most. Rather than the appeal of the party deteriorating over time, the charismatic personality of Vajpayee leant his party both credibility and gave it a pan-India leader. His benevolent disposition and way with words provided his party with a teflon coating during the days when the establishment treated them to the vilest of abuse.

Additionally, his sharp political instincts and eye for the big picture, combined with exceptional organisational skills of his comrade-in-arms L K Advani, enabled the BJP to deftly navigate the coalition era and solidify its status as the second pole of India’s political landscape.

By the time Vajpayee left office, inexplicably losing the 2004 elections and being replaced by arguably the most corrupt government in modern Indian history, his work had ensured that his party was entrenched in the polity across the nation.

Even as he receded from public life, his memories refused to leave people’s minds. The devious actions of the dispensation which succeeded him only served to force even his former detractors to yearn for the days of Vajpayee and, at times, ache about the chance that the nation lost in 2004.

Any analysis of Vajpayee, presents the one who attempts it with a pleasing conundrum – for Vajpayee was a politician like no other, impossible to break down or slot into any kind of box but infinitely enjoyable to observe and admire.

As a politician he never displayed much of an interest in the rough and tumble activities that are almost second nature to others of his ilk. Yet, with his mesmerising speechmaking, he managed to create a mass connect across the nation that few have had before or since.

One day, he was capable of combining his sharp wit and piercing political judgments to deliver the most stinging of political attacks at anyone who challenged him. Another day, he would wave of the same sort of attack with a mischievous smile and nonchalant shrug.

A life-long swayamsewak and the soft face of the Ram Janmabhoomi movement, he managed to blend his ideological quest for cultural rootedness with the yearning for a modern India to craft a political message that has defined his party ever since.

It also allowed him to leave an imprint in the mind of the common Indian that has outlived his political career.

In fact, even more than a decade after Vajpayee had receded from public life, his name and memories were never far away from any discussion around Indian politics. The advent of YouTube and WhatsApp have ensured that his most celebrated speeches and poems are available for a new generation of Indians to watch and experience, which they do in huge numbers. Almost every poll of the nation’s best ever prime ministers has his name coming in on top or very close to it. The very mention of him during the inauguration of the Delhi Commonwealth Games had the audience bursting into applause and cheers.

Looking around and observing the general public sentiment towards Atal Bihari Vajpayee, one gets the feeling that he was the one politician that the people genuinely seemed to miss when he was gone.

Perhaps it was because the people realise, in some corner of their heart, that they never got the chance to say a proper goodbye to him. The seeming inevitability of his return to power in 2004 prevented any thought of a grand farewell and when the unthinkable happened in the May of that year, Atalji quietly went over to the opposition trenches and then before we even knew it, he was gone from public life.

Hence maybe, the yearning to hear his silken voice once more. Or to see that twinkle in his eyes as he started to deliver a mischievous double entendre.

It is undeniable that there have been few men in India who have led a life as extraordinary as that of Atal Bihari Vajpayee – three-time prime minister, poet, orator, swayamsevak and a true Bharat Ratna.

Yet, his crowning achievement will always be the fondness and genuine affection with which the common Indian will continue to remember him for many, many years.