‘Aurangzeb-Like Brutal Atrocities Are Being Committed On Dalits In Mewat,” Says Retired Judge From Haryana 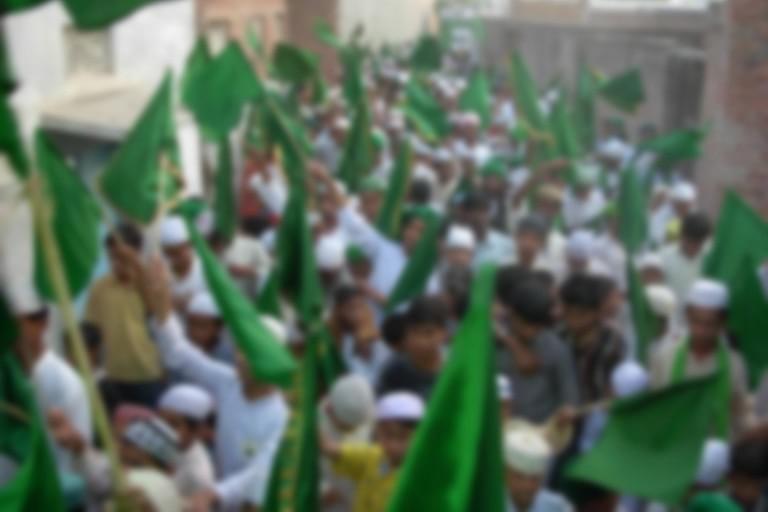 A retired District and Sessions judge from Haryana has prepared a report on Dalit atrocities in the state’s Nuh (earlier called Mewat) district and submitted it to the state government.

The judge, Pawan Kumar, told this correspondent over the phone that “Aurangzeb-like brutal atrocities are being committed against Dalits in Mewat”.

The Nuh (or Mewat) district is the only Muslim-majority district in Haryana, and is notorious for criminal activities. The 2011 census recorded its population as comprising 80 percent Muslims and 20 percent Hindus.

Kumar said that on 31 May, he along with three other persons spent a day at Mewat where they talked to several Dalit villagers and recorded their testimonies.

“I was approached by Pran Ratnakar, who is general secretary of one Valmiki Mahasabha of Haryana. He expressed grave concern about the situation of Dalits in Mewat and requested me to prepare a report. We then formed a four-member committee comprising two people from Scheduled Castes and two people from general caste for an impartial report,” Kumar, who also belongs to Valmiki (SC) caste, said.

Kumar said that what he learnt in his visit has left him shocked.

Before sharing the details, he said that whatever he has written in his report is based on recorded witness statements and documents. “I have been a judge. You know that I can’t write a single line that’s not backed by some evidence,” he said.

While Kumar didn’t share the report with this correspondent, saying it was “confidential”, he shared a summary that he has prepared for the media.

He said that the committee had identified 48 people for testimonies, but only 19 turned up. About four-five of them were women. “The rest didn’t come out of fear,” he said.

The judge then listed out six cases of alleged atrocities on Dalit men:

The judge also said that out of some 500 villages in Mewat, 103 have become totally devoid of Hindus while 82 villages have only four-five Hindu families left. Kumar said that these figures are based on statements by villagers.

He also narrated a case of a Dalit youth named Pravin from Nangal Mubarikpur village who was “tricked” to become a Muslim and now his wife and children are being pressured to convert too.

“As many as 205 Valmiki families have converted to Islam by force since 1996,” he said, adding that this number, again, is based on statements by villagers.

In the conclusion, the report says, “It is the conclusion of this inquiry committee that the life of Dalit community in Mewat today has become thorny and unbearable. Their religion, their real-estates and wealth, dignity of their womenfolk and nothing else are safe today. Even after 73 years of independence, they have not been truly independent…”

The report also says that such atrocities are not possible without the collusion of the police administration.

Kumar said that the committee has sent the report to state chief minister ML Khattar and National Commission for Scheduled Castes (NCSC).

The report recommends action against police officers under whose nose such atrocities are taking place, and also recommends probe by the NCSC.

Devdutt Sharma, advocate and president of Sohna Bar Association, told this correspondent that there was an urgent need to make the police accountable.

“Most of the official staff are, in fact, Hindus, but they either take bribe to cover up the cases or are too scared to take action,” Sharma said.

He also said that the 2011 census figures don’t reveal the current demographic reality of Mewat. “If a census is carried out today, it would show Hindus as less than 15 percent. Most of these Hindus are poor Dalits who are unable to move out for lack of money,” he said.

It is pertinent to mention that a week before this report, senior members of the Vishwa Hindu Parishad (VHP), along with members of various social and religious organisations of Haryana, had met CM Khattar over “anti-national and anti-Hindu activities in Mewat”.

Read some of this correspondent’s past reporting from the Mewat district here:

-Open Defecation-Free Life: What This Can Really Mean To A Village And Its Women