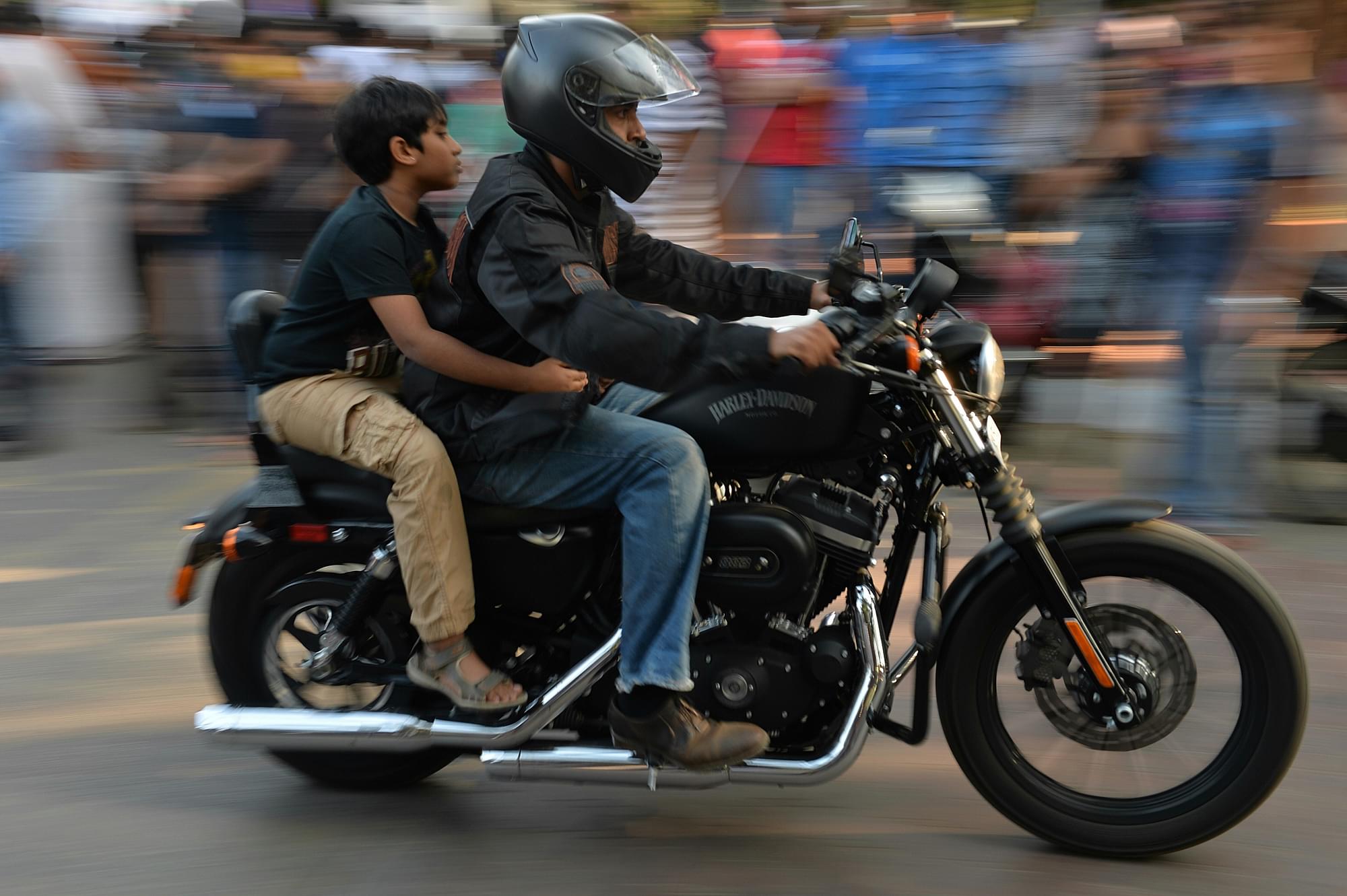 The last two years have not been good for the residents of India’s information technology (IT) capital, Bengaluru. The Siddaramaiah-led government of Karnataka has committed many a blunder in various areas, but prime challenges continue to be traffic snarls and the significant spike in the cost of commuting in not just the state’s capital but other cities as well.

Through various laws – new and old – the state government has ensured that traffic comes to a grinding halt, such as by imposing restrictions on ride-sharing, banning carpooling, proposing to nationalise buses and more. If this wasn’t enough, the Chief Minister recently said the deaths on the capital’s roads were not caused due to potholes – 15,000 and rising, some badly patched – but due to accidents.

Traffic in the city has grown so bad that even the BBC was compelled to do a feature on it in 2016.

The latest of such moves was announced on Tuesday (24 October), when the Transport Department issued a notification banning pillion riding on two-wheelers whose engine capacity was below 100cc. The notification even included a list of two-wheelers that were banned from carrying a pillion rider.

What’s noteworthy is that cities like Bengaluru and Pune fell victim to a growing two-wheeler culture due to a lack of proper transit options – the Bangalore Metropolitan Transport Corporation (BMTC) has been unable to serve the city well because of badly planned routes and poorly maintained buses. The irony in this situation is that in December 2016 – a month prior to the government ordering Uber and Ola to stop its car-pooling services – the BMTC had cancelled close to 6,000 trips per day!

As per the notification issued by the Transport Department (below, in Kannada), the registration of two-wheelers below 100cc has been stopped, and the existing ones must be fitted with just one seat and the owners have to then produce a document that certifies this. So not only is the government reducing the utilisation of these vehicles by half, but it is also forcing vehicle owners to shell out money to modify the vehicles. Given the systemic rot and corruption in the existing Regional Transport Authorities – a 2014 study revealed close to Rs 600-700 crore – along with the harassment faced by citizens at the hands of the bureaucracy, this is a sure recipe for disaster.

No rationale has been given by the government, although one can assume that this is related to the deaths of motorists in the recent past, which the Chief Minister blamed on ‘accidents’ and not the bad roads.

This move will certainly affect a lot of businesses. For one, while it will vastly benefit two-wheeler workshops, which will retrofit bikes at premium rates – a modern-day version of the Broken Window Fallacy – manufacturers will be the first victims of this decision. While some models of bikes will no longer be available in Karnataka, manufacturers will have to either modify vehicles just for the state or completely redesign them with a larger engine.

Karnataka has not been very friendly to the idea of two-wheeler taxis either. When UberMoto and OlaBike were launched in 2016, it took barely two weeks for the government to force them to suspend operations. Smaller aggregators such as Rapido, which still operate in the capital, will now have to ensure that those who choose to partner with them have bikes larger than 100cc, thus reducing the availability of such vehicles on the road.

The worst to be affected of course, is the common man. Not everyone can afford a bike; some may choose to go for cheaper variants, which may have smaller engines. With this ruling in place, many of them will have to look for alternative means of transport. Many a family, with two working adults, may use the same bike to travel. Many may use the bike to drop their children off to school. Some people who choose to ‘bikepool’ will now have to look for alternatives, such as traveling in the already overcrowded BMTC buses or paying more for an auto, a cab, or even buying a new vehicle.

The notification, while it only mentions which vehicles are banned, does not specify why. It also lists out the engine capacities of the bikes that are banned, of which barring one, all of them fall short of the 100cc mark by anything from 0.3 to 2.3 cubic centimetre. All of these bikes were marketed as 100cc bikes simply because that’s how they are done – rounding off to the nearest multiple of 10. The same applies to cars as well. For example, the diesel variant of the Maruti Ciaz – marketed as having a 1,300cc engine, actually has an engine capacity of 1,248cc. Heaven knows what would happen if tomorrow the government was to decide that cars with an engine capacity below 1,300cc could not carry more than four passengers.

What exactly the government is doing here is anyone’s guess, but this will reduce the efficient utilisation of a vast number of vehicles on the city’s already congested roads. Those who cannot afford a more expensive bike will now be forced to either take up the ever-inconvenient systems of public transport in the city or look for better housing options, which may prove expensive in the long run.

The government needs to stop with such short-sighted bans and instead focus on the real culprit behind traffic accidents – bad roads and bad drivers. While roads need to be upgraded on a priority basis, the transport department would do well to focus on ensuring that drivers follow traffic rules.