Beef Industry In India: Political Mottos Notwithstanding, Pink Revolution Continues To Get Redder 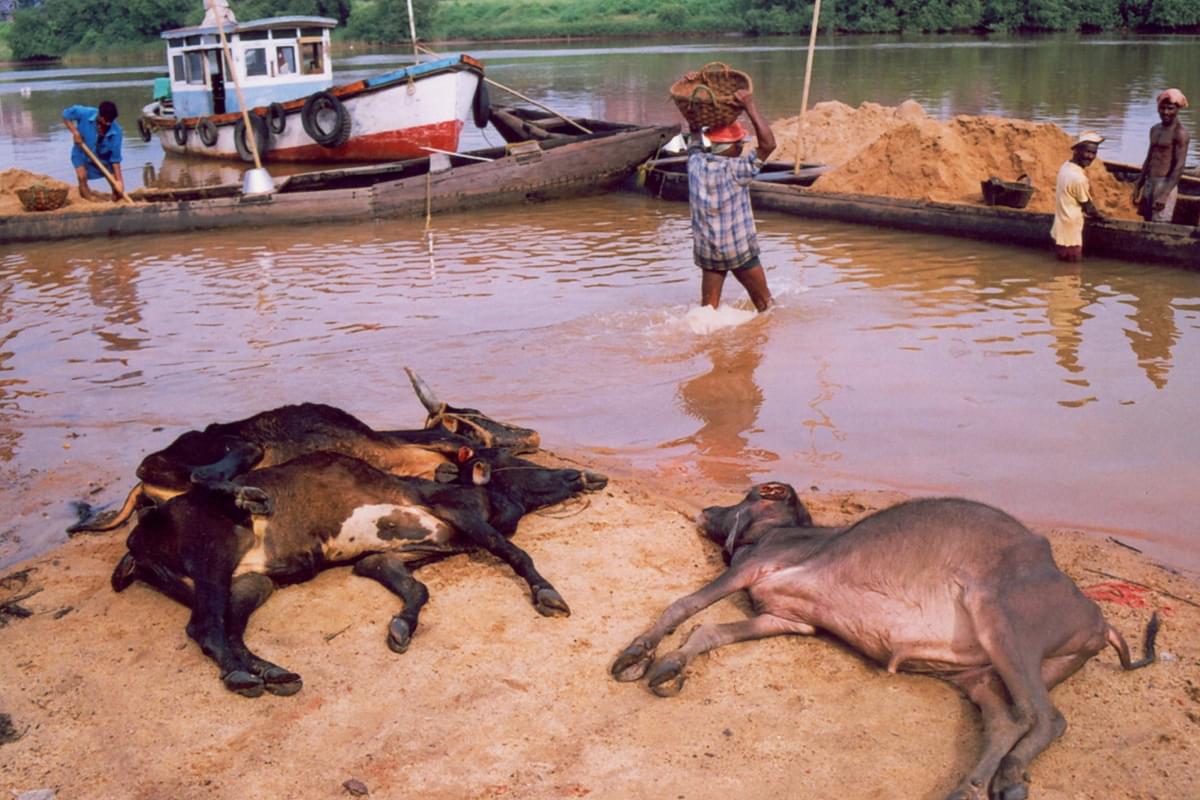 “This country wants a Green Revolution. But now those at the Centre want a ‘Pink Revolution’”.

Do you know what it means? When animals are slaughtered, the colour of their flesh is pink. Animals are being slaughtered and being taken to Bangladesh. The government in Delhi is giving subsidies to those who are carrying out this slaughter.’

Prime Minister Narendra Modi made the above statement at a rally as the Bhartiya Janata Party’s prime ministerial candidate during his 2014 campaign, coming down heavily on the then Congress-led Union government for subsidising slaughterhouses. He also mentioned cattle theft and smuggling in his address.

Despite such strong criticism, the Modi government disbursed Rs 68 crore in subsidies to establish and modernise slaughterhouses during 2014-17, as per an RTI response.

The government also amended norms to increase export quantities of buffalo meat. As per an Agricultural and Processed Food Products Export Development Authority (APEDA) circular dated 1 November 2017, with the approval of the Department of Animal Husbandry, ‘the quantities of meat per animal has been revised from 150 kg to 190 kg. of boneless buffalo meat and edible buffalo offals’.

Data suggests that beef export has continued to grow during the Modi government.

ThePrint cited data from APEDA and reported that beef exports have been stable and in line with pre-2014 levels, and have witnessed some growth as well, despite claims of decline credited to cattle vigilantism.

The Union government has proactively promoted beef trade as well. For example, as per a report in The Indian Express that quotes a top commerce ministry official, ‘making China agree for direct import of bovine meat from India has been a top priority for the Indian government since the Narendra Modi government took over in May 2014.’

The government’s efforts made China agree to inspect and approve 14 Indian abattoirs for direct imports.

This mismatch between political rhetoric and administrative action is not endemic to the Centre, but it can also be found at the state level in Uttar Pradesh, where a crackdown on illegal slaughter has been claimed as a major initiative of Chief Minister Yogi Adityanath.

Swarajya has previously reported that the state government's crackdown has not made a significant impact on the ground as, now after two years, things have more-or-less returned to pre-crackdown days: slaughterhouses and meat processing plants that were sealed have started functioning again, and whatever action is taken, is taken in the absence of administrative will.

There are allegations of rampant corruption, levelled by everyone from villagers to activists. Money and muscle power are also at work, as a large number of people engaged in the trade are politically affiliated, particularly in Western Uttar Pradesh, which is where much of the trade in UP is based, mostly in and around Meerut, Aligarh, and Bulandshahr.

Bahujan Samaj Party’s Haji Yaqoob Qureshi, who was also the Gathabandhan’s candidate for the 2019 Lok Sabha election from the Meerut-Hapur constituency, owns Al Fahim Meatex Private Limited, which is among the largest Indian exporters of buffalo meat.

The company’s plant in Meerut’s Kharkhauda has had demolition orders since 2017 and yet, it was only in February 2019 that it was sealed by the administration, and that too only partially.

The administrative team that had gone to seal the plant with heavy police and paramilitary detachment bowed to party members who had gathered inside the plant premises and returned after sealing only the machinery in the plant rather than the whole plant itself, Dainik Jagran reported.

Activist Ravinder Gurjar claims that most of the plants in Kharkhauda function without required clearances. He told Swarajya that Adityanath’s crackdown did close some plants in 2017, but they reopened after bribing officials and local politicians.

“None of these plants have their building plans approved by the authorities,” Gurjar said. “The DM [district magistrate] and all the officials have been paid to keep mum. Regional MLAs and the MP don’t have a word to spare on this.”

This assertion seems to have some weight. Qureshi’s Al Fahim’s plant attracted demolition orders because of its construction on government land and for not having the required clearances.

In the absence of any change in policy and the officials’ attitude, slaughterhouses and the meat processing industry, particularly in Uttar Pradesh, continue to flourish. It has not just had a health and environmental impact, as reported previously by Swarajya, but it has also affected cattle count.

Analysis has shown that incessant slaughter has disturbed cattle’s gender balance and natural growth. The CPS paper cited earlier quotes an analysis of Indian livestock census by the United States Department of Agriculture. The analysis found:

1. As many as 55 per cent of buffalo male calves born are left to die

2. 45 per cent of the available male buffalo stock is slaughtered annually

3. Of the much larger female stock, 11.5 per cent is slaughtered every year

The number of buffaloes slaughtered is estimated to have increased to more than 3 crore by 2015.

Uttar Pradesh has 28 per cent of India’s buffaloes, but contributes to almost half of the country’s beef exports. This mismatch is covered through inter-state transfer of buffaloes. Data in the CPS paper backs it in the following observations:

Data collated by journalist Swati Goel Sharma reveals that at least 22 people have been killed in last one year by cattle smugglers, with 16 such deaths in UP, a state infamous for its crackdown.

Therefore, it is apparent that even though the rhetoric about curbs on beef trade and protection of cattle has been high from across the spectrum, data and ground realities suggest neither beef trade is falling nor is there any significant cattle protection.

Thus, there exists a deep mismatch between rhetoric and reality on the issue of cattle and beef in India.