Before Police Arrested Vikas Dubey From MP, Some ‘Journalists’ Were Spreading Diabolic Lies And Spinning Fantasy Tales About Him 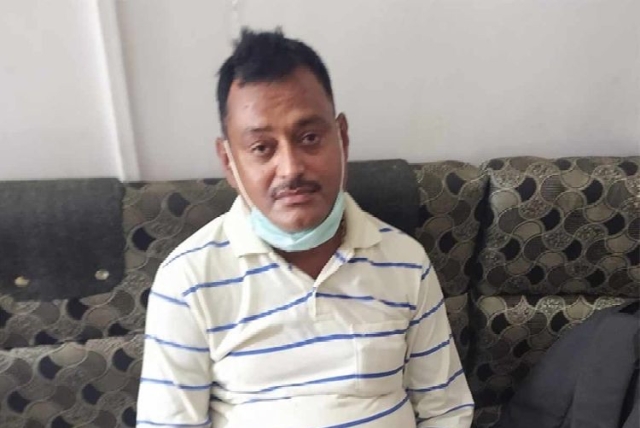 Dreaded gangster from Uttar Pradesh Vikas Dubey, who has been on the run for nearly a week after the killing of eight police personnel in Kanpur, was finally arrested on Thursday from inside the Mahakaal temple in Ujjain in Madhya Pradesh.

According to early reports, Dubey reached the temple around 8 am and then informed the security men about his identity and asked them to inform the police.

The Uttar Pradesh Police has officially confirmed the arrest of Vikas Dubey.

Dubey had been eluding the police for the past one week and, even though four dozen teams of Special Task Force and state police were chasing him, they were not being successful in nabbing him.

However, before the eventual surrender of Dubey, several Indian journalists and social media trolls linked to Congress propaganda network were indulging in diabolic lies, spreading fantasy tales about him and were attempting to foment caste fault-lines.

Swati Chaturvedi, a controversial journalist known to enjoy close proximity to Congress high command who is frequently under scrutiny for weaving tales of political fantasy as political reportage, claimed yesterday that Dubey had fled to Nepal.

So apparently Vikas has managed to reach Nepal

Rohini Singh, another Delhi-based journalist who faced allegations of operating as a ‘propagandist’ of the then ruling Samajwadi Party in the run-up to 2017 UP elections, appeared to have received specific inputs on the culinary indulgences of Dubey. She claimed Dubey was in Haryana.

While @Uppolice is trying to locate him by sticking his posters on toll booths, Vikas Dubey was merrily eating at Bikanerwala in Faridabad, Haryana.

Swati Chaturvedi even replied to this fantasy saying that a “UP IAS official” told her that the police wants to stop Rohini and her from “exposing” them.

Hahaha. Rohini, just been told by a UP IAS official âwe need to stop Rohini & Swati from exposing usâ wonder why

Noted TV anchor Rajdeep Sardesai, quoting an unnamed DGP, claimed that Dubey is unlikely to be arrested and will likely be gunned down in an encounter as he knew too much.

A retired IPS officer tells me: âItâs unlikely Vikas Dubey will be caught; he and associates will be mostly âencounteredâ, they know too many secrets about too many âbigâ peopleââ well, itâs day 6 since the gangster escaped after killing 8 policemen. Watch this space!

If journalists were spinning fantasy tales around Dubey, professional Muslim victimhood activists were indulgIng in what they know best - cry discrimination against Muslims.

Umar Khalid was doing just that. Before Dubey’s arrest, Khalid tweeted that the police had arrested Usmani but were letting Dubey roam free.

A gangster like Vikas Dubey with high profile connections roams free despite killing cops. But a young activist is literally abducted by police,without any arrest warrant. As per journalists, police isn't even confirming that he is in their custody. Insane!#ReleaseSharjeelUsmani https://t.co/eudYBcB8pE

Since the police raid at Dubey’s location, Samajwadi Party in UP has been trying to show him as being close to the BJP and avoiding any scrutiny of the gangsters’ connection with SP.

The Times of India yesterday reported that his wife Richa is a lifetime member of SP and paid Rs 20,000 for the party, and even contested Zila Parishad elections on the party ticket.

Such has been the political propaganda against the ruling Yogi government that within hours of the shootout in Kanpur, a photo claiming to show Yogi Adityanath with the gangster went viral on social media. It turned out to be a malicious attempt to malign the UP CM as the person in question was actually a local BJP leader of the same name from Kanpur.

The BJP leader posted a video in which he warned that he is going to take action against people responsible for the same.