Bengal Is Staring At Bloody Days Ahead 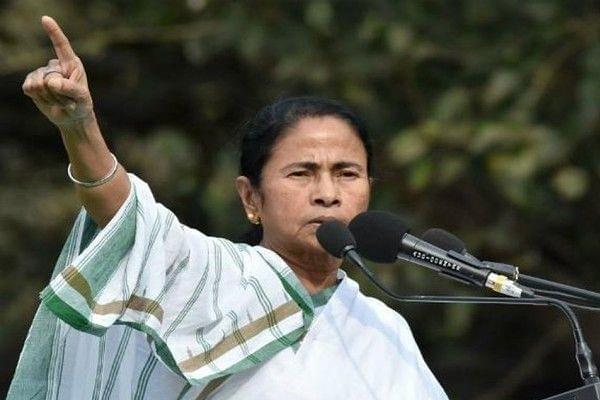 Elections in Bengal have, true to the state’s unsavoury political traditions, been violent this time too. Apart from attacks on opposition workers, functionaries, leaders and even candidates by the ruling party, rigging has also been reported from almost every constituency. But the violence and bloodshed witnessed till now is most likely to fade in comparison to what lies ahead. Irrespective of the outcome of the polls, Bengal is staring at an imminent bloodbath.

There are two likely scenarios here. If, as is being widely predicted, the Bharatiya Janata Party (BJP) does well and wrests a few or even more than a dozen seats from the Trinamool, the latter will sense an immediate and imminent threat to its continued grip over Bengal. A good show by the BJP will be read as the beginning of the end for the Trinamool. And that will set off alarm bells clanging within the Trinamool's top leadership immediately.

Lower-level Trinamool functionaries, and the army of foot-soldiers they control, will sense the winds of change and choose to defy their leaders or even jump ship. The extensive networks of ‘syndicates’ with their armies of musclemen and goons that the Trinamool relies on to exercise political control will start falling apart. And with assembly polls scheduled just two years away, the Trinamool leadership will do everything it can to not only stem the reverses, but also regain its preeminence in Bengal's politics.

Unfortunately, the only way that the Trinamool leadership knows how to do this is through violence. If past experience is anything to go by, an enraged and desperate Trinamool leadership will hit back, and hit back hard. Violence has, since the days of Left rule in Bengal, been the most-preferred means of exercising and retaining political control. The resultant terror had kept the political opposition weak, subdued and even compliant.

Mamata Banerjee's challenge to Left hegemony in Bengal was met with unimaginable brutality and every single trick in the Marxists’ infamous ‘red book’ was deployed to subdue and even neutralise this political threat. Ultimately, however, none of that helped and the Left was swept out of power and reduced to a mockery of its former mighty self. And most unfortunately for Bengal and its long-suffering and subdued masses, the new Trinamool dispensation copied the very same tactics from the Marxists to subdue the opposition. This, despite the ‘badal chai, badla noi’ (we want change, not revenge) slogan of Trinamool chief Mamata Banerjee. If anything, the Trinamool turned out to be more brutal in subduing the opposition than the reds.

Initially, it was the Left, or whatever little remained of it, that was in the crosshairs of the Trinamool's guns. Immediately after the demise of the Left, the Congress tried to fill in the vacuum left by the Marxists. But the Trinamool, unwilling to concede even an inch to any other party, launched attacks on Congress leaders and functionaries. The attacks by the Trinamool, which is not an organised and disciplined party and is made up of mostly lumpens at the grassroots level, were particularly vicious. And with many of the senior Congress leaders joining the Trinamool or preferring to withdraw into their small shells, the Trinamool remained unchallenged for a few years.

The BJP's rise in Bengal now threatens to not only break the Trinamool's iron-fisted stranglehold on the state, but also sound its death-knell. The Trinamool has, until now, tried to subdue and terrorise BJP functionaries and supporters through various means — open threats, physical attacks, killings and misusing the state machinery to let loose a reign of repression. All that has had little effect, and primarily for two reasons. One, the BJP is a disciplined, well-organised and cadre-based party, unlike the Trinamool. Thus, the BJP's resilience is strong and especially because most of its functionaries are in the party for ideological reasons rather than for personal profits (again, unlike the Trinamool).

Two, the BJP has also been able to resist the Trinamool’s attacks due to growing public support for the party. This is quite similar to the situation in Bengal from the middle of the last decade when the Left's political fortunes started declining due to gradual loss of public support. The masses started supporting the Trinamool and, hence, it became easier for the Trinamool to resist and even beat back the Left’s attacks on it at the grassroots level. Now once again, thanks to Trinamool’s extortion, factionalism, repression, blatant partisanship and corruption, Bengal’s masses are turning against the party and choosing to rally behind the BJP. It is for these two reasons that the BJP has been able to withstand the Trinamool's strong-arm tactics till now.

But that will not deter the Trinamool from stepping up its attacks on the BJP if the latter posts a good showing in the polls. Violence is the only method that the Trinamool knows to defeat the opposition and, thus, the attacks on the BJP will only become more vicious and brutal. The state machinery will be used to lodge false cases and frame BJP functionaries in a variety of cases.

The state police, which has become an adjunct of the Trinamool party machinery, will be co-opted in this. And the BJP, being a well-organised party, is not likely to take the attacks silently. In fact, say BJP leaders, the party cadres and supporters are now ready to resist the Trinamool's attacks. With the post-poll violence that will surely be unleashed by the Trinamool likely to be met with resistance, the desperation of the Trinamool will only increase, spurring it to perpetrate more violence. That’s because the Trinamool leadership believes, as has been clearly evident till now, that the only way to tackle the growing influence of any political challenger in its turf is to beat it black and blue.

Now consider the other, though highly unlikely, scenario of the BJP faring poorly in the polls. The BJP is, today and in the future, the only political force that poses a challenge to the Trinamool and can unseat it from power in Bengal. Mamata Banerjee realises this very well. Thus, she and her party will do anything and everything in their power to eliminate this challenge. A BJP defeated at the hustings will embolden the Trinamool to unleash its full might, as well as the might of the state administration, on the BJP to finish it off in Bengal.

The Trinamool, which has always displayed a strong propensity for vengeance, has always wanted to root out the BJP from Bengal. If the saffron party does not do as well as widely expected in the polls, the Trinamool will be led into believing that the immediate post-poll period would be the most opportune time to crush the demoralised BJP that would be licking its electoral wounds then. And, thus, there will be widespread and murderous attacks on BJP functionaries and supporters.

Past experience has shown that the Trinamool has little regard for democratic norms. Criticism of Trinamool’s repression, undemocratic tactics and hooliganism has met with barely any criticism from the pliant mainstream media, thus emboldening the party to indulge in more political violence. And public opinion outside Bengal hardly matters to Banerjee, who has always brazened out the muted criticism she has faced for her terror tactics. Even warnings by the Union government will not help since she will deem it, as she has in the past, as interference in the internal affairs of Bengal.

Thus, regardless of the outcome of the parliamentary polls, Bengal seems doomed to experience dark days ahead.