Biden Says Remark On Putin's Power Was About 'Moral Outrage', No Change In US Policy 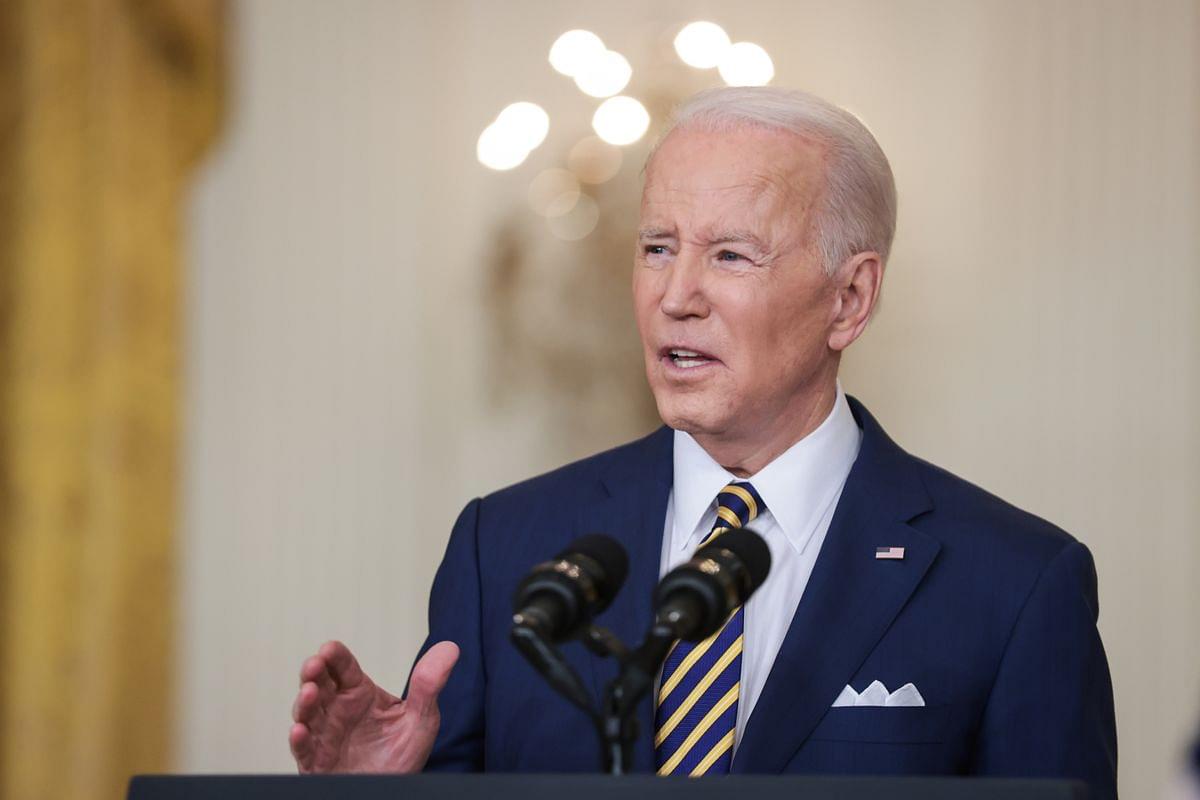 Washington, Mar 29 (PTI) US President Joe Biden on Monday said that his weekend comment in Europe that his Russian counterpart Vladimir Putin “cannot remain in power” was a moral outrage for his invasion of Ukraine, and that does not reflect any change in American policy with respect to regime change.

As such, Biden refused to apologize for his comments, on which his administration has been having a tough time in explaining over the past few days.

“I'm not walking anything back. The fact of the matter is, I was expressing the moral outrage I felt toward the way Putin is dealing ..., which is just brutality, half the children of Ukraine. I just come from being with those families,” Biden told reporters at the White House .

“But I want to make it clear, I wasn't then nor am I now articulating a policy change. I was expressing the moral outrage that I feel and I make no apologies for it,” he said when asked about his remarks last week in Europe where he had gone to shore up his allies and show solidarity with the people of Ukraine.

Responding to questions, Biden said the escalatory efforts of Putin to continue and engage in carnage... “The kind of behavior of that that makes the whole world say, My God, what is this man doing?” 'He (Putin) is going to become a pariah worldwide and who knows what he becomes at home in terms of support,” said the US president.

Pressed by reporters further, Biden said that a regime change is not the American policy. “He should remain in power just like, you know, bad people shouldn't continue to do bad things. But it doesn't mean we have a fundamental policy to do anything to take Putin down in any way,” he asserted. Biden noted that when he said that remarks, he was talking to the Russian people. “The last part of the speech was talking to the Russian people telling him what we thought. I was communicating this to not only the Russian people, but the whole world. This just stating a simple fact that this kind of behaviour is totally unacceptable,” he said.

“Totally unacceptable. The way to deal with it is to strengthen and keep NATO completely united and help Ukraine where we can,” he said.

Biden said that the last thing he wants a 'land or a nuclear war with the Russians.' He told reporters that Putin’s behavior has changed after their last meeting in Geneva.

“His behavior changed. When we met, I remember what we're talking about. We're talking about setting up a strategic dialogue and talking about the relationship of NATO in Russia, and facing off in the regions, and how we can have more transparency and all the rest. It was a normal discussion I had going all the way back to Kosygin and others, back in 100 years ago when I was a young senator,” he said.

“I said we could deal with the second one easily, but we can't close the door on the first, because when we talk about missiles, we want to talk about what's also on the Russian border heading toward Europe, do both. And then if you notice that demand list of his, well, not with me with others, have escalated significantly in terms of what he thinks is necessary,” Biden said.