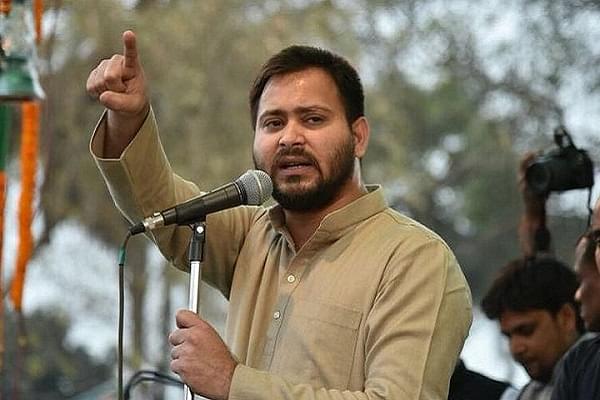 Communists and Islamists are, separately, making the going tough for the Rashtriya Janata Dal (RJD)-led Grand Alliance (GA), or mahagathbandhan, of which the Congress is a constituent.

Seat-sharing talks between the RJD and the major Left party in Bihar — the Communist Party of India (Marxist-Leninist)-Liberation — has broken down and the latter has decided to field candidates in as many as 53 of the 243 assembly seats in the state.

The CPI(ML)-Liberation, which has a presence in pockets of central Bihar, Mithilanchal, Siwan-Gopalganj and Seemanchal, was offered eight seats by the RJD. This was way below its demand for 53 seats.

Miffed over this ‘insult’, the CPI(ML)-Liberation has decided to go it alone. Party general secretary Dipankar Bhattacharya said the RJD has been asked to reconsider its offer.

But there are slim chances of the RJD agreeing to even half the number of seats the CPI(ML)-Liberation is demanding.

But Bhattacharya justifies his demand: “The RJD won many seats in 2015 in which we are strong because it was in alliance with the JD(U) that time. That alliance does not exist and the RJD will lose those seats if it contests on its own”.

Bhattacharya said that in the Lok Sabha polls last year, his party had extended support to GA candidates in four seats and though they lost, they secured more than four lakh votes. “In the rest of the seats, GA candidates fared very poorly. That proves our strength,” he added.

The two other Left parties— CPI and CPI(M) — are yet to start seat-sharing talks with the GA. But an alliance with the GA may prove elusive since those two parties, too, are angling for 50 seats. The RJD is sure to turn down the demand for so many seats.

CPI state secretary Ram Naresh Pandey goes back to the 1995 assembly polls when his party was in alliance with the RJD. “We had a good strike rate of 50 per cent and won 26 of the 52 seats allotted to us,” he said.

The RJD feels that the three Left parties should do a reality check.

“The CPI(ML)-Liberation won just three seats in the 2015 assembly polls and garnered a lowly 1.5 per cent vote share. The CPI and the CPI(M) did not win any seats and bagged just 1.4 per cent and 0.6 per cent of the votes polled respectively,” said a senior RJD leader.

The Left parties fared very poorly in the Lok Sabha elections last year as well. In fact, the performance of the Left parties at the hustings has been declining for many years, said the RJD leader.

“It is futile to cite 25-year-old results in seat sharing talks now,” he added.

But CPI(M) state secretary Awadesh Kumar maintained that citing the 2015 assembly election results or the 2019 Lok Sabha elections to deny the Left parties a fair share of seats would be wrong.

“We have our own support base spread across Bihar and are a strong force on the ground. Our cadres are a dedicated lot and can swing election results. In 2015, there was a strong consolidation of OBC voters and that’s why the RJD-JD(U) alliance did very well. In 2019, it was the Narendra Modi factor,” explained Kumar.

CPI(ML)-Liberation’s Bhattacharya said that the dynamics this time are different and the 2015 seat adjustment formula cannot be the criteria for 2020.

The failure to stitch an alliance with the Left parties will lead to a division of the anti-NDA (National Democratic Alliance) votes and will affect the electoral prospects of GA candidates, say political observers.

The GA is also faced with a threat from the All India Majlis-e-Ittehadul Muslimeen (AIMIM), which is planning to contest a large number of seats. This will divide the Muslim vote and benefit the NDA.

AIMIM chief Asaduddin Owaisi said that his party was hopeful of being invited to join the GA. “We cannot be blamed for fragmentation of opposition votes if we are not included in the GA,” he said.

But the Congress is very hesitant in having any truck with the AIMIM, which is considered to be a hardline Islamist party. The Congress is afraid that an alliance with the AIMIM would invite harsh criticism from the Bharatiya Janata Party (BJP) and harm it (the Congress) at the national level.

The RJD is also hesitant in aligning with the AIMIM because it fears that the latter will eat into its Muslim vote bank.

The RJD feels that if the AIMIM is included in the GA, it will ride piggyback on the RJD and grow in Bihar at the cost of the RJD.

AIMIM’s Bihar-in-charge Mazid Ali said that his party will contest 50 seats. Though his party did not win any seats in 2015, it bagged the Kishanganj Assembly seat in a by-election held last year.

“We are emerging as a major force in Bihar because Muslims here are realising that the community has been taken for a ride all along by parties like the Congress and RJD,” said Ali.

AIMIM’s Kishanganj MLA Qamrul Hoda said: “The days of Muslims being used as vote banks by the Congress and RJD are gone. Muslims want development and will not fall for the Congress-RJD rhetoric”.

“The AIMIM is the only party that can represent Muslims because we are the only ones who can protect and promote the interests of Muslims,” said Hoda.

Muslims form a sizable chunk of the electorate in over 80 seats, especially in the Seemanchal region. A division of the Muslim vote will swing the polls in favour of the NDA.

Chief Minister Nitish Kumar has also won over a sizable section of Muslims with his ‘development with justice’ agenda. Many Muslims are, thus, expected to vote for the NDA.

The division of the opposition (anti-NDA) vote caused by the AIMIM and the Left contesting the polls due in October-November on their own is thus very bad news for the GA.