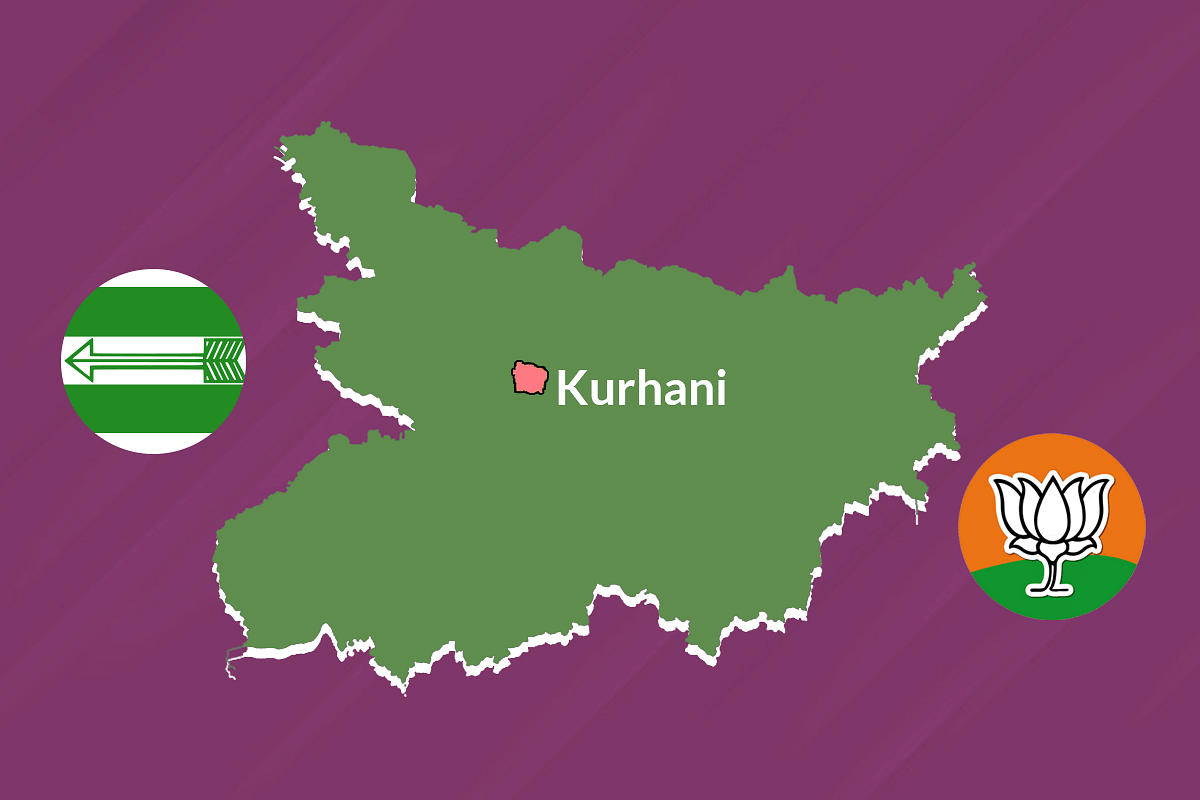 Bharatiya Janata Party (BJP) won Kurhani assembly by-polls of the Muzaffarpur district in Bihar with a margin of over 3,000 votes.

Swarajya had predicted that BJP is likely to win unless Vikasheel Insaan Party (VIP) plays a spoilsport. With 10,000 votes, VIP candidate Nilabh Kumar got votes more than the victory margin but could not snatch the win from the BJP.

Swarajya also had said that All India Majlis-e-Ittehadul Muslimeen (AIMIM) will not be able to gain many votes here, unlike Gopalganj by-polls held in November this year.

This is because a trend has been observed that when Muslims are fewer in number, they choose to stick to RJD or its allies, rather than vote for AIMIM.

In Gopalganj, AIMIM's vote share was 7.25 per cent, while just 1.77 per cent in Kurhani on account of a relatively lower Muslim population.

Coming back to the victorious BJP candidate Kedar Prasad Gupta, BJP and JD(U)'s split was working in his favour.

He had lost the 2020 assembly elections to Rashtriya Janata Dal's (RJD) Anil Kumar Sahni by a narrow margin of 71a2 votes when the BJP and the JD(U) were in alliance.

However, he had managed to win the 2015 assembly elections when BJP and JD(U) fought against each other in Kurhani. The equations were similar this time.

JD(U)'s candidate was Manoj Kumar Singh who has been elected as an MLA thrice- February 2005, October 2005 and 2010. But he lost against Gupta in the 2005 assembly elections.

Thus, the BJP candidate managed to win with support of its traditional votes coming from the upper castes, votes from the trading (as Gupta is a baniya by caste) and the Paswan community (as both factions of LJP supported BJP).

The BJP might have also been successful in attracting some votes from the Dalit, OBC and EBC communities. Nitish Kumar's social engineering might have failed due to his degrading image on account of frequent switches.

The RJD vote bank not getting transferred to the JD(U) might have been another factor. It was seen in the 2015 assembly elections as well that the RJD’s votes, especially the Yadavs, did not vote for the JD(U).

The reason is that the Yadavs consider the sections of the OBCs, who are the JD(U)’s core vote base, as political and social arch rivals. Also, the vote transfer can't be smooth between those parties who were rivals just a few months back.