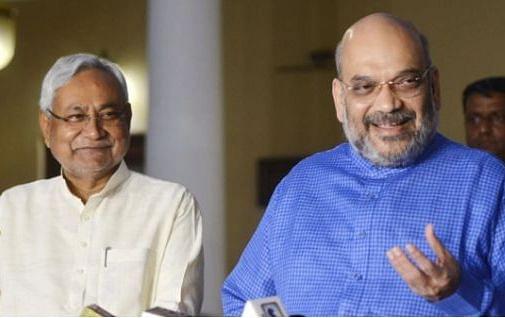 The announcement of National Democratic Alliance’s (NDA’s) seat-sharing deal in Bihar tells us two things: one, that the Bharatiya Janata Party (BJP) is now more willing to accommodate allies in the changed political scenario where it lost three Hindi-speaking states to the Congress; and two, it augurs well for the future of the BJP-Shiv Sena alliance in Maharashtra.

In the final Bihar seat-sharing deal, both the Janata Dal (United) or JD(U) and the BJP will contest 17 seats each, while the Lok Janshakti Party (LJP) of Ram Vilas Paswan will contest six. This means the BJP has given up many of the seats it had won in 2014, when it had got 22 seats, in favour of the JD(U). It has also given the LJP as many seats as it had won the last time, plus the promise of a Rajya Sabha seat for Paswan. It means that the exit of the Rashtriya Lok Samta Party (RLSP) of Upendra Kushwaha is a non-event. If he had stayed with the NDA, it could have cost the BJP more.

In the 2014 elections, the BJP, JD(U) and LJP polled 29.4 per cent, 15.8 per cent and 6.4 per cent in terms of vote share – which is more than 51 per cent of the total. Even assuming that the alliance will lose some of the minority votes that JD(U) may have obtained the last time around, a 45-47 per cent final NDA vote share, with the possibility of a majority vote counter-polarisation, will give it a comfortable win in 2019. The alliance should be looking to win around 25-30 of Bihar seats out of a total of 40.

The Bihar deal also augurs well for Maharashtra, where the BJP’s estranged ally can now claim nearly as large a seat share as the last time. In 2014, the BJP and Shiv Sena together polled nearly 48 per cent of the vote, and, with the help of minor allies, won 23 and 18 seats (out of a total of 48 Lok Sabha seats). In the subsequent assembly poll, the BJP and the Sena together won a bit over 47 per cent of the vote, and now are part of an uneasy coalition. But after Bihar, the Sena will expect to get as many seats as it contested the last time, and the alliance will be on a good wicket.

The critical consequence of the Bihar deal is that the NDA gains at the cost of the BJP, and this has two implications: one, the NDA will have more numbers than it would have got otherwise; but in 2019, the allies will drive a harder bargain with Narendra Modi and Amit Shah on ministries and representation in the cabinet. This may mean changes in how Modi and Shah run the coalition, but it will be reasonably stable and less prone to disruptions.

The Bihar deal, if followed by a Maharashtra deal, means that the chances of a Modi-led coalition in 2019 have improved, despite the possibility of seat losses in the Hindi belt, especially Uttar Pradesh, Madhya Pradesh, Rajasthan, Chhattisgarh and Gujarat.

Given below are two scenarios on how the Lok Sabha seats tally will look, one indicating a worst-case scenario for BJP/NDA, and another for the best case. A caveat: we still don’t know if Modi and Shah have another rabbit to pull out of their hat between now and April-May 2019, but the following two scenarios are realistic given the state of play post the Bihar seat deal.

Note: in both scenarios, barring a wave election, the non-NDA total exceeds the Lok Sabha majority mark of 272, but given internal contradictions in so many regional parties trying to band together (All India Anna Dravida Munnetra Kazhagam Vs Dravida Munnetra Kazhagam, Trinamool Congress Vs Left, Telangana Rashtra Samithi Vs Congress, Telugu Desam Party Vs YSR Congress, United Democratic Front Vs Left Democratic Front, etc), this scenario is most unlikely to unfold, for its longevity will be like that of the UF coalitions supported by the Congress from outside in 1996-98. The BJP should be able to get either the Biju Janata Dal or YSR Congress, or both, to support the next NDA government if it falls short of 272. (See projected seats in worst- and best-case scenario below)