BJP Is Making Mistake After Mistake In Bengal, Learning Nothing From Defeat 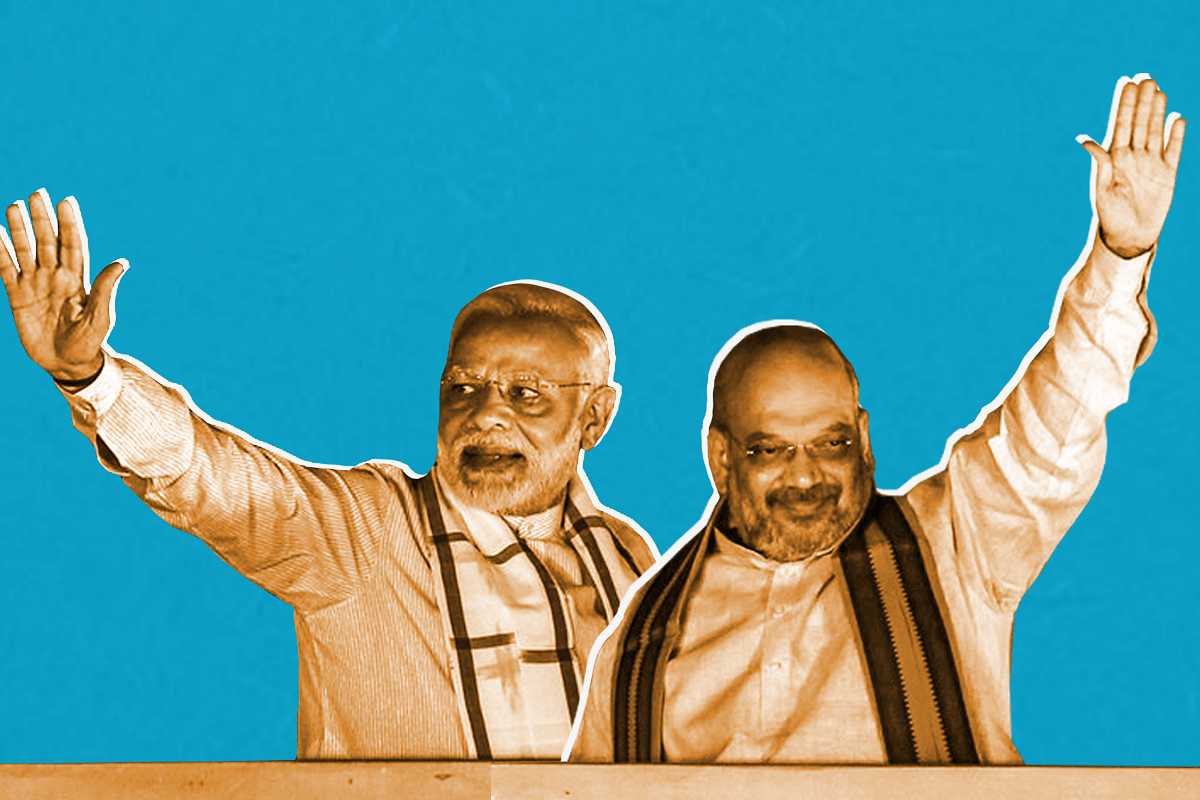 Bharatiya Janata Party (BJP) is making mistake after mistake in West Bengal, allowing Mamata Banerjee to play to her strengths. In the process, she is making the BJP look like a third-rate bully. If this continues, the BJP can kiss goodbye to ever making it even in 2026.

Sending four Trinamool Congress politicians, including two ministers, to jail over the Narada scam may be just a legal follow-up to an evolving corruption case, but that is not how it comes across in West Bengal. It makes the BJP look like a sore loser, which now wants to humiliate the TMC through means other than the ballot box.

Recalling the state’s Chief Secretary, Alapan Bandyopadhyay, to Delhi overnight, ostensibly because he failed to turn up in time for the Prime Minister’s post-Yaas meeting to assess cyclone damage in West Bengal, was a double disaster: it not only made Mamata Banerjee the victim, but also besmirched the Prime Minister’s own image.

Even if these actions were intended to gain some leverage with the TMC, which is alleged to have indulged in post-poll violence against BJP workers in the state, the latter move played out as if the PM , or rather his defenders, were acting out of pique, that the Chief Minister’s delayed appearance at the meeting was something unpalatable to his ego. A Prime Minister has to be seen to remain above the battle, and not show himself as vulnerable to ego-deflating incidents.

Both incidents show up the BJP’s relative political immaturity in understanding what Bengal stands for, and also allows Didi to do what she does best: playing Durga or Kali to get back at her tormentors.

The Left Front, which had all the street power it needed, could not counter her because of her sheer bravery and ability to take hard knocks, even physical knocks, in the streets of Bengal.

She played Kali to the Left’s demonic forces. The BJP should learn from this and not take on Durga and Kali needlessly. They should take on Didi, the bumbling and erratic Chief Minister of West Bengal.

The truth is Didi is most vulnerable when you mock her achievements, or point out her bad governance record in West Bengal. She is at her strongest when she is pushed to the wall, as she was in the run-up to the assembly elections.

The BJP should also know that in a patriarchal society, she can abuse the BJP any amount and not be called out for it, but if it attacks her in the same way, it will be deemed a misogynist party or otherwise not playing fair.

The macho Hindutva that may work in the Hindi belt, or even in some of the western states like Maharashtra or Gujarat, and some parts of Andhra Pradesh, Telangana and Karnataka, will not work in West Bengal, Kerala and Tamil Nadu, which have their own political cultures and latent Hinduphobic history.

This means that the BJP’s Hindutva politics must draw from local issues, local cultures, and leadership that is not based on the Sangh Parivar’s understanding of Hindutva. Even though local leaders and karyakartas of the Sangh have now understood local cultures in these states better, the leadership has not, and this particularly applies to the BJP.

Consider just one issue: the Sangh leadership initially welcomed the Supreme Court verdict on Sabarimala, and had to be reined back by the local leadership in Kerala, which understood the groundswell of resentment among Keralite women. The latter saw this not in terms of gender equality, but as an assault on their culture. Hindutva in the south and in the east has to be rooted in a local understanding of it.

In West Bengal, the BJP shot itself in the foot by using Jai Shri Ram as its war cry, when Vande Mataram and Maa Durga were the obvious choices for local identification. The BJP’s Bengali heroes can be Bankim Chatterji, Swami Vivekananda, Sri Aurobindo, Chaitanya Deva, Rabindranath Tagore, etc. There are enough Bengali Hindu icons to latch on to apart from Sri Ram. Bengal is not against Sri Ram, but it does not take kindly to the sidelining of its own culture.

The RSS-based BJP leadership was seen as less local even though they were largely Bengalis and understood the pressure Hindus were in in West Bengal from the demographic changes now underway. They simply did not co-opt the local culture into their strategic thinking.

The only two ways to fight Mamata Banerjee are to let her fall on her own sword, as she is bound to do sooner or later, thanks to her tendency to personalise her approach to governance. She is the kind to dive right into an issue, and make impromptu statements.

Narendra Modi is sometimes shown as an authoritarian leader, but he is nowhere in the pecking order if judged by Didi’s own centralising tendencies, not to speak of many other leaders of regional parties who are even more authoritarian in nature. No regional party in India has leaders outside one family or one leader. If Modi retires some day, the BJP can find new leaders but not the TMC. If Mamata were not there, or is shown to be fallible and poor in governance, the party would split many ways.

The BJP’s best strategy would be to never attack Didi personally and instead allow her to make her political and economic mistakes and capitalising on them. We saw her making a giant boo-boo even during the assembly elections. She could have comfortably won from Bhawanipore, but chose to confront Suvendu Adhikari in his den of Nandigram out of pique – and lost narrowly.

In Suvendu Adhikari, the BJP now has a face that is local and can be vocal in the way party president Dilip Ghosh cannot be. The party needs more such leaders in the run-up to 2026. The party has to nurture them and not pretend that its winning formula elsewhere will be enough to win West Bengal.

Put simply, the BJP’s strategy to win Bengal must evolve from Bengal and with Bengali leadership rooted in the culture of the state.

And yes, one more thing, though it saddens me to say it. In Bengal’s violent political culture, street power is important. If the cadre finds that the party will not fight for them and has to depend on the media or the courts for support, it will lose its own cadre to the TMC. There are already signs of this happening.