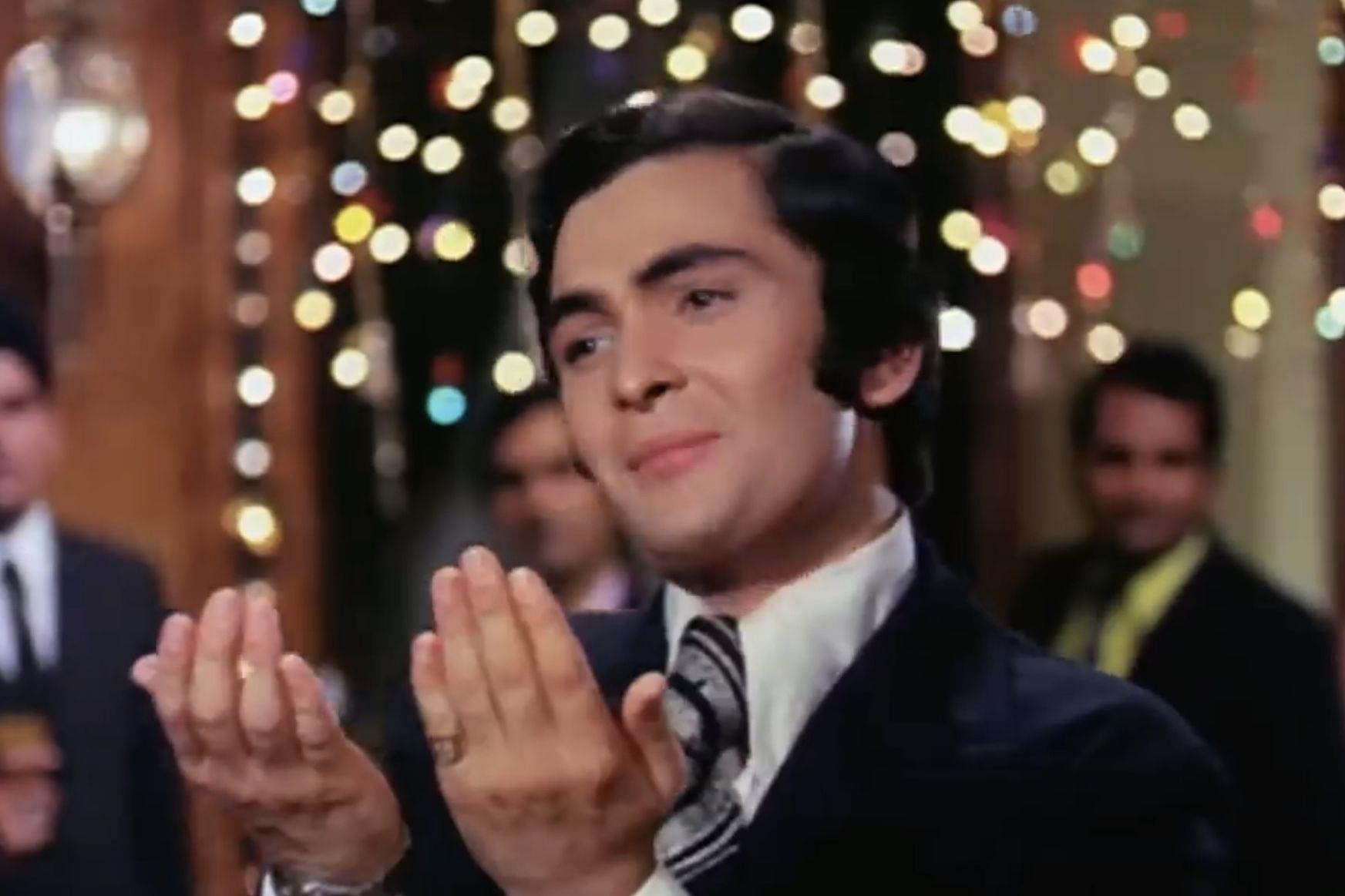 A scene from a movie.

Actor Sunny Deol, playing Shahzada Izzat Beg from the famous folklore Sohni-Mahiwal, tells his beloved Sohni that he wishes to make an idol resembling her and worship it, even if that would reduce him from a Muslim to a “kaafir”. Actor Poonam Dhillon, playing Sohni, immediately tells him to do “tauba” and not utter any words of “Kufr”. This is a scene from the song ‘Bol do meethe bol soniye’ from the film Sohni-Maliwal (1984).

A Muslim country blurs out idols when telecasting an Indian TV show. But when the so-called Indian film industry makes a movie on a famous love tragedy of a Muslim couple, it goes out of its way to insert insult to kaafirs for but-parasti (idol-worship) pic.twitter.com/OmBVR7FiS2

Rishi Kapoor, playing son of a rich Hindu businessman in film Bobby (1973), tells a woman at a party that ever since he saw her, he has started to do “ibaadat” [devotion in Islam]. He further says that though he was never a “kaafir”, he has now learnt how to do “bandagi” [worshipping in Islam].

Vidya Balan, playing Vasudha in film Hamari Adhuri Kahani (2015), thanks god for being kind in blessing her with love in the form of Emraan Hashmi, saying “it’s otherwise impossible for kaafirs to reach god”.

We are not sure how exactly Bollywood came to adopt this term from its inception, especially as Bollywood has always claimed to be the voice of reform.

We are talking about an extremely disgusting word routinely used in Bollywood dialogues and songs – kaafir.

The word has been accepted to be worse than racist slurs that are banned across the globe. In fact, the ‘K’ word itself has been banned in several countries that have faced its implications.

Dear Bollywood, yes, your writers and lyricists – whatever their literary pedigree may have been otherwise – have blatantly displayed bigotry whenever they have used this word. All their claims of otherwise being erudite come undone due to the usage of ‘kaafir’.

We find that this slur has been rampantly used right from the sixties to the movies released till date. We believe that Bollywood must come forward and immediately ban this hate word.

The word, originally in Arabic, means nonbeliever or non-Muslims, but in the Indian subcontinent, it refers to Hindus and idol-worshippers. The word ‘kaafir’ and its variants like ‘Kufra’ have been in use since the first invasions in the name of Islam to the recent communal riots in national capital New Delhi.

As per all major translations of the Quran today, the word means ‘sinner of the worst kind’. These translations also showcase rejection of Islam, Quran, or Prophet as a most heinous crime whose punishment is to be burnt forever in fire of hell.

In other words, the term kaafir comes with a notion of Hindus (comprising majority of this nation where Bollywood exists) burning in hell forever because of their belief in Ram, Krishna, Hanuman or Durga.

Whenever a communal riot happens in any part of the country, shouts of “kill kaafir” are heard. Darul Uloom Deoband has issued fatwas that clearly admit that kaafir means both Hindu (or non-Muslim) and a sinner of the worst kind. Here are some examples.

Translation of Quran 9.3 from all major translators are proof that kaafir is a word that must not exist in the current world of pluralism.

Historic narratives from Muhammad bin Qasim till the last sultan are profusely filled with the word ‘kaafir’ used for Hindus with a sense of disgust and hate.

In 2009, the Jamiat Ulema-e-Hind, a religio-educational organisation with considerable hold over the Deoband seminary, said that Muslims must not use the term “kaafir” for non-Muslims. This was in response to a demand made by then Vishwa Hindu Parishad chief Ashok Singhal.

It’s thus a matter of utter shame that writers and lyricists of Bollywood have attempted to not only normalise but also glamourise this word despite knowing its origin, history, implications and contemporary usage.

The past cannot be undone. The future, however, can be improved.

We believe that all major associations and production houses of Bollywood (including those who are seeking court action against some media persons for alleged defamation) must:

1. Announce that they will never use this word again.

2. Do the needful to blip this word in all the songs and dialogues in the works that they have produced so far.

3. Pool in and pay Hindu religious organisations a token compensation for the damage done by Bollywood by normalising this term. This would also set a right example for Bollywood and help counter the increasingly dwindling perception of Bollywood among people today who think that it is probably a front for nefarious activities such as drugs, terrorism and money laundering etc, and all its good contribution is merely a facade.

We would love to work with you to reverse this image through right affirmative actions.

(Swati Goel Sharma is senior editor with Swarajya while Sanjeev Newar is a data scientist with Indian Institute of Technology, Kanpur. They together run a Twitter handle named @gemsofbollywood).