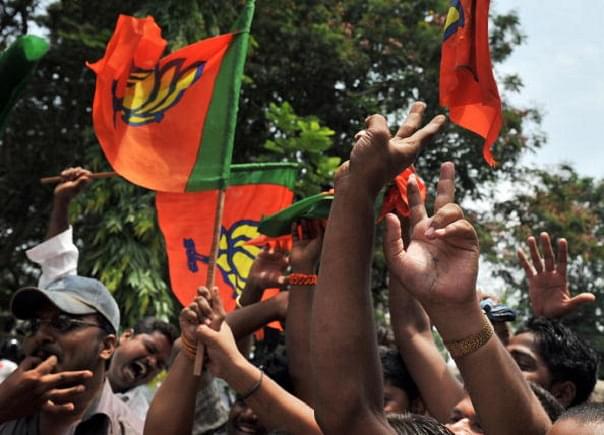 By-poll results indicate clear winners and losers. Each party has some lessons to learn from it.

Too much should never be read into the results of by-elections, as local issues and factors tend to dominate the voter’s agenda. So the fact that the BJP/NDA won seven of the 12 assembly by-elections for which results were declared yesterday (16 February) should not be seen as a major shot in the arm for it, though they are morale boosters, given that the BJP appears to be under siege nationally with the opposition ganging up against it.

The BJP won four seats (one in Madhya Pradesh, two in Karnataka and one in Uttar Pradesh), its allies won three (Shiv Sena in Palghar, Akali Dal in Khadoor Sahib, and RSLP in Harlakhee, Bihar); the Congress won one of three in Karnataka and one in UP, and lost one in Telangana to the TRS, the CPM won one in Tripura (where else?), and the SP one (in UP).

The biggest loser was the Samajwadi Party, which lost one seat to the Congress (Deoband) and another to the BJP (Muzaffarnagar), and the second biggest loser was the Congress (which lost the seat it held in Punjab to Akali Dal, and another it held in Madhya Pradesh to the BJP). In Karnataka, the BJP wrested one rural seat from the Congress and held on to its urban seat in Hebbal, while Congress gained one from KJP, B.S. Yeddyurappa’s former breakaway party that has now come back to BJP. So the BJP could be said to have lost this one.

However, some tentative pointers can be seen from these results.

First, what happens in mainstream media is largely out of sync with electoral realities. Given the high-decibel anti-BJP rhetoric dominating the English language media, one would have thought the BJP was on the ropes at least in the urban constituencies. Nothing of the kind happened.

Second, leaving state assembly elections to the local bosses to handle appears to have worked well for BJP. The party appears to be learning something from its stinging defeats in Delhi and Bihar, where it believed that the Modi factor would bring victory. In Assam, the BJP is largely leaving the fight to the local leadership, though Modi will be addressing a few rallies there.

Third, the SP – which lost two seats – has reason to worry; while it has lost the Muzaffarnagar seat to the BJP possibly due to some Hindu consolidation, its loss in Deoband to Congress means it cannot bank completely on the Muslim vote. If 2017, sees the BSP and Congress tying up, all bets are off for both SP and BJP.

Fourth, the Akali Dal’s wresting of the Punjab seat from the Congress is another signal, since the general assumption was that the Akali-BJP team was facing anti-incumbency, and also due to poor law and order and the growing drug menace. The Congress is clearly not the force it once was in Punjab, and if any anti-incumbency is to be reaped, it could be a third force like the Aam Aadmi Party, which fared well in 2014.

Fifth, the Karnataka results should come as a warning signal for the Congress too, as it is reaping the results of poor governance, especially in urban areas.

Sixth, the BJP’s gain in Madhya Pradesh despite negative publicity in the Vyapam scam and the sheer anti-incumbency pressures that should have been built up for Shivraj Singh Chouhan, underscores the importance of state leadership in state-level elections.