CAA And Article 370: Why Has The Foreign Media Played Antagonist To India? 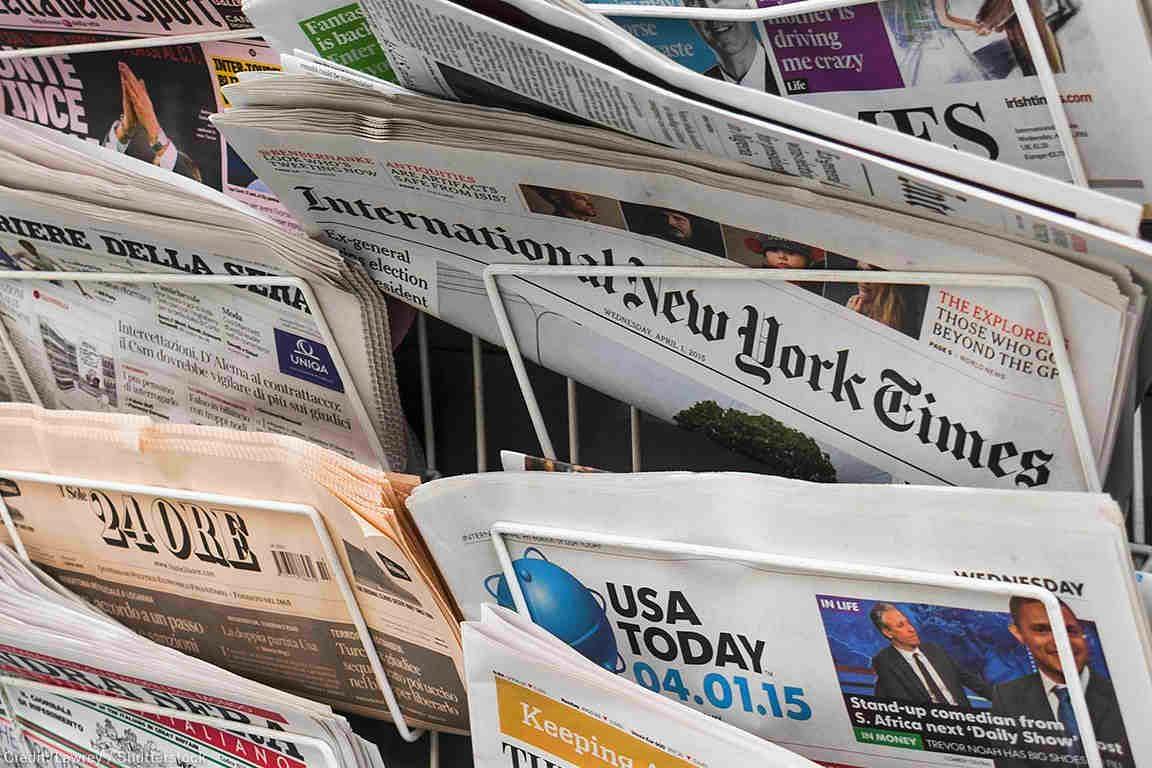 The Government of India recently enacted the Citizenship Amendment Act (CAA) which provides a pathway to citizenship for non-Muslim refugees from Bangladesh, Pakistan, and Afghanistan.

These refugees fled to India and sought refuge after witnessing the mass rape, murder and other forms of ethnic cleansing during their stay in these Islamic countries.

This is confirmed by demographic data as well as well-documented evidence of specific acts of violence and intimidation faced by these refugees in their native countries.

Given this, one would have expected the American media, with its bounty of human rights champions, to congratulate the Indian government for its benevolent action and to admonish the governments of Bangladesh, Pakistan and Afghanistan for failing to ensure the safety and well-being of their non-Muslim citizens.

Surprisingly, the American media did just the opposite. They heavily condemned the Indian government’s benevolent act and buried the culpability of the governments of the neighboring states in the ethnic cleansing of their non-Muslim citizens.

Why did the American media act in such an unreasonable manner?

The media’s criticism of the CAA is strictly motivated by ideological differences with the current Indian government. Many major western media outlets have directed scorn and criticism at the current Government of India since it first came to power in 2014.

The opinion/editorials and reports about India in these media outlets often employ pejorative headlines or phrases, make exaggerated generalisations, omit material facts, or make references to irrelevant or peripheral issues to demean the government and those who support it.

Further, a review of 132 online articles published in major western media outlets, including the NY Times, CNN and The Washington Post (Washington Post) by the Hindu American Foundation found that only 3 per cent of the articles mentioned the ethnic cleansing of Hindus from Kashmir.

These media organisations evaluate all geopolitical events based on a fixed categorization of victims and victimizers. Hindus, whether they live in India or overseas, are viewed as far-right nationalists, non-pluralistic, anti-Muslim, etc, whereas Muslims are viewed as victims, oppressed, fearful, etc.

Similarly, India is generally viewed as the aggressor or oppressor and Pakistan and Bangladesh are, in general, viewed as the oppressed or victims.

This can be readily discerned by reviewing the coverage in the NY Times of the February 2019 terrorist attack on an Indian military base in Kashmir and of its aftermath.

The phrases used in the articles covering this geopolitical event portray India as the aggressor and victimizer and portray Pakistan as a victim and as a country that showed restraint and maturity.

Similarly, in the coverage of the CAA, there is little or any mention of the ethnic cleansing of Hindus from Bangladesh, whose Hindu population had dropped from 22 per cent in 1951 to 8 per cent in 2011.

Lastly, an indirectly related but pertinent example of this mindset is the Washington Post’s reference to the leader of ISIS, a terrorist who orchestrated and guided brutal and inhumane torture and executions of non-Muslims, as an ‘austere religious scholar’.

The leaders of these media organisations believe they know what is best for the citizens of India and want their policy prescriptions to be implemented, even if it is antithetical to the views of India’s citizens.

The fact that the current government of India was recently reelected for a second term with an even bigger mandate than in its first term is irrelevant to them.

Similarly, they ignored a recent poll that showed 62 per cent of Indian voters support the CAA. They view everything as black and white and don’t acknowledge that a valid basis can exist for a perspective that is opposed to theirs.

For instance, with respect to the CAA, they fail to recognise that India, which is the country from which the Indic religions such as, Hinduism, Buddhism, Jainism and Sikhism originated, has an obligation and right to give preference to adherents of these faiths who have been ethnically cleansed from the neighboring Islamic countries.

They also fail to recognise that India also granted citizenship rights to persecuted Christian refugees, as they, unlike persecuted Muslims, do not have the option of seeking refuge in the neighbouring Islamic countries.

The American media’s condemnation of the Indian government’s act of benevolence and non-admonition of the governments of Bangladesh, Pakistan and Afghanistan for not ensuring the safety and well-being of their non-Muslim citizens is unjustifiable.

With a little research and due consideration, discerning consumers of geopolitical news can deduce that the criticism of the Indian government is based on ideological differences and the media’s rigid categorisation of victims and victimizers; they can also infer that the principals of these media organizations are arrogant and want their policy prescriptions to be implemented in India, even if those policies are antithetical to the views of India’s citizens.

Given this, we should all endeavour to be discerning consumers of geopolitics, whether it relates to events in India or the United States and not blindly believe what is being trumpeted by the so-called “reputable” media organisations.