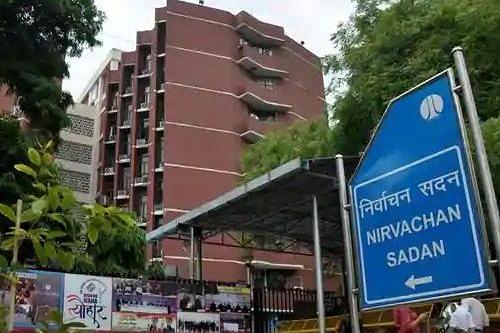 On 1 January 2017, in Abhiram Singh Vs C D Commachen case, the Supreme Court of India set aside the election of the candidate on the ground that he had used religious appeal as his campaign pitch without giving any wiggle room — even if someone else had made such an appeal, it would amount to a corrupt practice provided the candidate had acquiesced in the act.

This was a welcome and refreshing interpretation of Section 123 of the Representation of People’s Act, 1951, although the bench was divided on the issue, and it was a majority judgement that made bold to stir out of the straight and narrow of the law.

One wishes such a broad interpretation were placed on the election expenses limit as well. It is an old trick in India for candidates and parties to attribute bulk of the expenses to the party and very little to themselves for staying clear of the danger mark which makes a mockery of the solemn law. Be that as it may.

Against this backdrop, it is a trifle curious that the Election Commission (EC) is resorting to the school teacher method of reprimanding the candidates.

A vexed school teacher asks an errant or unruly student to stand up on the bench. The EC now asks an errant candidate to stay away from the campaign trail for 24 to 48 hours.

This is at best a slap on the wrist though the candidate itching to go to his constituency does feel hobbled for the nonce.

To be sure the EC cannot cancel the candidature of the errant candidate on the spot for violation of its model code of conduct (MCC). But it can certainly name and shame him or her by publishing the names of candidates who have in its view flouted the above salutary verdict of the Supreme Court by appealing to religious or caste or sexist sentiments of the electorate on Doordarshan as well as in a vernacular newspaper along with a warning that such candidates run the risk of being disqualified if their election were to be challenged.

The EC should remember the SC’s teasing observation that it can only bark and not bite. Naming and shaming not only makes the candidates in the fray behave but also brings their undesirable behaviour to the public notice. MCC is fine but its violation must trigger the reading of the Riot Act.

In 1975, when the Allahabad High Court set aside the election of Indira Gandhi to the Lok Sabha on a petition filed by the losing candidate Raj Narain which triggered the infamous Emergency, the citizenry applauded even though her only crime was using the official machinery for electioneering.

This in hindsight would appear to be a peccadillo, a minor misdemeanor in the face of more audacious corrupt practices by candidates like distribution of liquor and even cash which Tamil Nadu regional parties in particular are notorious for.

Promise of freebies did raise the hackles of the Supreme Court but unfortunately it has asked the EC to look into the issue and get back — a long rope indeed. In the recent Tamil Nadu assembly elections, a party had promised free houses which has made a section of electorate limp with relief — ah we would get a housing board flat at last.

Coming back to the issue of banishing the candidate violating the MCC for a short period, it is outrageously whimsical, extremely ephemeral, woefully inadequate and inane so much so that the candidate done in by it quietly laughs up his sleeve and some wear it on their sleeves with a touch of pride.

If the electorate were to be told that they run the risk of voting in a candidate whose election could well be challenged and ultimately set aside, everyone having the skin in the game would be more watchful and vigilant. This is possible only by adding the names of the errant candidate on the gallery of violators.

Supreme Court’s seminal rulings should be the basis for the EC reading the Riot Act to the deviant candidates. Its January 2017 ruling should be the most potent weapon in its limited armory.