Catholic Church And Others Must Apologise For Nadia Nun Rape Accusations 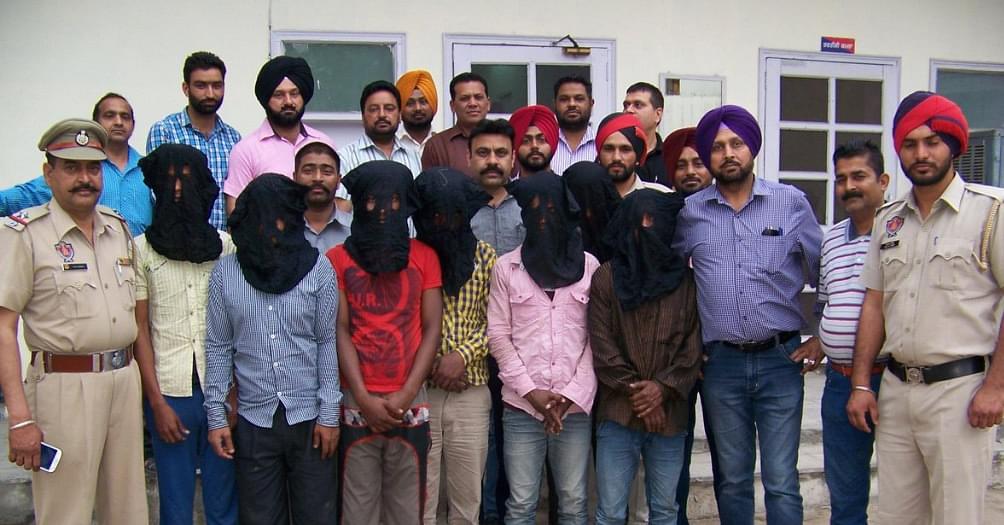 The rape of a 72-year-old Catholic nun at Gangnapur in Ranaghat sub-division of Nadia district in mid-March, 2015, sparked outrage across the country. The immediate verdict by the church, opposition political parties, commentators and the so-called Left-liberal cabal was that the alleged rape, and the looting and desecration of the Convent of Jesus and Mary at Gangnapur was a hate crime and yet another attack on minorities after the Narendra Modi government came to power.

The alleged rape and loot at the Catholic establishment was preceded by a series of alleged attacks on churches in some parts of the country. Thus, when the Nadia incident occurred, large sections of the media, the opposition parties and others were already conducting a high-decibel campaign against the new National Democratic Alliance (NDA) government, accusing it of orchestrating and supporting attacks on minorities and minority institutions. The allegations – mostly fake, as they later turned out to be – were even given credence by minority organisations like the Catholic Bishops Conference of India (CBCI).

In the Nadia nun rape case, too, the CBCI alleged it was a hate crime. Dripping sarcasm, CBCI president cardinal Baselios Cleemis told the media before visiting the nun and the convent in Bengal that “not only cows, but human beings too need to be protected”. The cardinal was alluding to the Bharatiya Janata Party’s (BJP’s) proposed cow protection measures. He went on to indirectly blame Prime Minister Modi and the BJP-led NDA government for the alleged attacks on minorities. His colleague, cardinal Oswald Gracias, one of the eight cardinals from across the world appointed by Pope Francis on his advisory board to help him govern the Catholic church, repeated the false allegation of “frequent attacks on Christians in the country” and said he was worried about “the future of the country”!

Articles like this appeared in many publications severely criticising and condemning not only Modi, but also the BJP, the Rashtriya Swayamsewak Sangh and their leaders.

Less than two weeks after the incident at Nadia, the Bengal police arrested one of the accused from Mumbai. Far from being a Hindutva foot soldier, as the CBCI, the media, commentators and the opposition had alleged, the man was a Muslim and, that too, a Bangladeshi! His interrogation by the police in Bengal (ruled by the vehemently anti-BJP Mamata Banerjee) revealed that the perpetrators of the crime were all Bangladeshis and the motive was dacoity.

On Tuesday, a Kolkata court held only the prime accused, Nazrul Islam (a Bangladeshi national), guilty of rape. Four other members of the gang – all of them Bangladeshis, three of them are Muslims – have been held guilty of only committing a dacoity. Hence, the gang-rape theory was discredited by the trial court, which held the four other accused guilty of dacoity and criminal conspiracy.

Thus, the court verdict is a resounding slap on the faces of those who gave a communal colour to what was a case of dacoity. Moreover, the nun was not gang-raped, as was alleged. And also, contrary to the false accusations of the CBCI, there was no deliberate desecration of the chapel inside the convent. The gang of dacoits had gone to the convent to get hold of valuables and, when the nun resisted their attempts, she was reportedly raped. What, incidentally, remains unanswered is how the small convent had Rs 12 lakh (the amount allegedly taken away by the gang) in its cash box. But that is another matter altogether.

Given this, the two cardinals – Baselios Cleemis and Oswald Gracias – should now apologise for communalising the Nadia incident and levelling false allegations against the BJP and the NDA government. It is only fair that they publicly retract their earlier statements about the Nadia incident being another in a series of attacks on minorities in India. They should apologise to Prime Minister Modi for criticising him.

Apologies and retractions are also due from those in the media, who created and publicised the false narrative about attacks on minorities increasing after the NDA came to power in mid-2014, the commentators and the opposition parties.

But the Nadia incident is not the first one in which the church has been caught crying wolf. As this article proves, the spate of ‘attacks’ on churches in Delhi in late 2014 and early 2015 that created such a furore were simply acts of burglary or vandalism. But Christian missionaries made a huge hue and cry over it and even made it an issue at global fora, thus defaming the country.

The false attacks even became an issue in the Delhi elections in 2015 and after the victory of the Aam Aadmi Party, Delhi archbishop Anil Joseph Thomas Couto told the media that the verdict was a vote for change. This was his highly political statement: “The people of Delhi voted against the BJP and its attempt to polarize the voters in the name of religion. The result of these elections is a message to the Prime Minister Narendra Modi: he should think seriously about his behavior”. So much for the Christian clergy keeping away from politics!

The point here is that the CBCI and its cardinals and archbishops should publicly apologise and retract their intemperate and hurried statements about attacks on minorities in the country. So should all the media persons, commentators and the political parties. Because such statements feed a false narrative about India having become unsafe for minorities post-May 2014. And that only serves to defame the country. The Catholic church, least of all, has no business defaming India.