Citizenship Amendment Bill – A Line in The Sand Moment 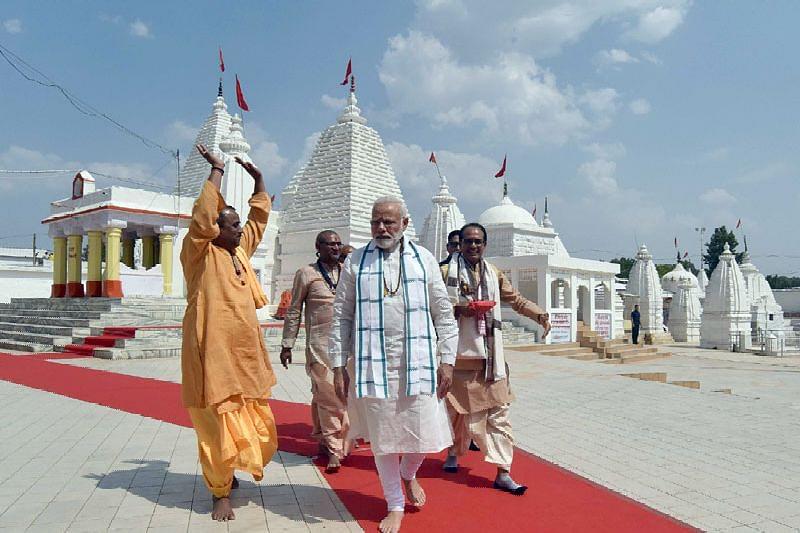 The proposed Citizenship Amendment Bill (CAB), cleared by the Cabinet on 4 December, and likely to be tabled in Parliament next week, has created quite a storm.

Those opposed to the bill have raised various objections which on the face of it may seem genuine. But are they really? Or do these objections fall apart when examined critically?

Let’s take the first objection about equality. The CAB proposes to give citizenship to persecuted minorities in Pakistan, Bangladesh and Afghanistan. However, among those eligible for citizenship on these grounds, from these countries, Muslims are exempted.

The critic of the CAB argue that how can the Indian state differentiate between people on the basis religion and that if the state did so, would it not be violative of Article 14?

This would have been a valid criticism if it was a differentiation between Indian citizens. The Indian constitution obligates the state to be religion-neutral. That obligation is for the citizens of India only.

There is no so such obligation for citizens or residents of other countries.

But let’s for the sake of argument accept that Article 14 applies in this case as well.

As an example, consider reservations.
Any law which would deny government jobs to say Muslims would be rightly ultra vires of the constitution. However, the same constitution does not prevent caste based (and not religion based) reservation in jobs.

The same is the case with proposed changes in citizenship bill.

Residents of Afghanistan, Pakistan and Bangladesh have no existing right to claim citizenship of India. However, one group of people (religious minorities in these countries) will now be positively discriminated and will have extra privileges (getting Indian citizenship because of their religious persecution in their home country) over those available to all other people (no right to citizenship).

The second objection is about morality of this discrimination.

The proposed bill does not give a carte blanche to Hindus and Christians and Sikhs from the entire world to come to India and get citizenship. Just these three countries.

Because each of these have been civilizationally tied with India for millennia and more. The circumstances in which they were partitioned from India have created a situation where Hindus in these countries in the main instance, and non-Muslims minorities in general, have been almost wiped out.

In Bangladesh, the Hindu population has declined by 12 percentage points between 1951 and 2011.

In Pakistan, Hindus have come down to around 1.5 per cent of the population from above 15 per cent at time of partition.

In Afghanistan, the presence of Taliban is itself a sufficient answer about the conditions religious minorities face.

For all these persecuted minorities, India has been the natural home of their ancestors for centuries. When their way of life is itself at stake, where will these people find a home except India?

Remember, these people are not economic migrants, or in search of mere jobs or a better life. Their very existence is at stake. Just because of their religious belief.

Their only natural home in the world, indeed the only country in the world they can look up to, is India.

The move could still have been criticised (although in my opinion even then it would not be fair) on moral grounds, if it proposed citizenship to only Hindus from these countries. But that is not the case. All minorities in these countries (Hindus, Christians, Sikas and so on) will be considered equally.

The third objection is about discrimination between religious refugees and economic migrants.

It is not India’s business to uplift the economic conditions of citizens of other countries. Bangladeshi citizens, for example, have to make their destiny in their own country. India’s resources are for our own people and there is no obligation, moral or otherwise, on the Indian state to use our precious resources to economically sustain citizens of another country.

Hence there is no merit in the argument to treat economic migrants at par with those whose very life and way of living is under threat merely because they subscribe to a religious belief.

If religious persecution is accepted as a valid reason for granting citizenship, then what about Rohingyas?

The bill targets people from those countries who have had centuries of cultural affinity with the Indian ethos. It can be no one’s argument that Rohingyas fall in the same category.

But more than these explicit objections, a somewhat unasked question is – what is the larger message India is trying to send through this bill at this point in time?

This is an important question with many dimensions.

The partition of India was a cataclysmic event that violently uprooted millions of people from their homes, for no fault of theirs. While the then Congress leadership, and then later the government, cannot be blamed for the partition, what they can certainly be blamed for is transferring the guilt of partition to Indians in general and Hindus in particular.

This was a Nehruvian construct, later perfected by the extreme left fellow travelers of Indira Gandhi. Their modus operandi was simple. Keep the majority community of India guilt-tripped so that their blatant vote bank politics of minorityism would go unchallenged.

A corollary of this was that a civilisational nation was reduced to a mere state, shorn of any legacy, apparently born in 1947. Or at best born during the Mughal era.

India, as the longest continuously inhabited civilisation, simply stopped speaking for its multi-millennia civilisational heritage. It was perpetually on the defensive, even from those who were aggressors.

Pakistan, born a theocratic state, one which routinely commits genocide against its own citizens, lectured us on human rights and instead of showing it the mirror, we internalised its lecture.

That India has changed in the last five years.

Like civilisational nations, which actively promote, protect and nurture their heritage, this New India is also no longer apologetic about celebrating our six-thousand-year-old civilisation.

This means speaking for, speaking about and speaking up for those who seek their ancestry in our heritage. This New India is about reclaiming our long-held leadership position in this part of the globe.

Former President APJ Abdul Kalam, gave the mantra for our generation: “We will be remembered only if we give to our younger generation a prosperous and safe India, resulting out of economic prosperity coupled with civilizational heritage.”

This New India, under Prime Minister Modi, is moving on both the fronts. This is India’s ‘line in the sand moment’. Let’s embrace it.