Kill An Activist, Silence A Movement: The Gruesome Murder Of Coimbatore Sasikumar And Its Aftermath 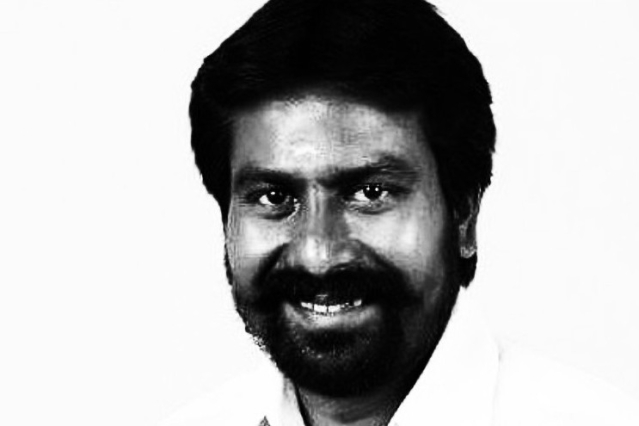 It’s a little less than two years since Hindu Munnani spokesperson C Sasikumar was hacked to death by a gang of four in Coimbatore, leaving a void that the organisation is struggling to fill.

A chain of events that Sasikumar led from the forefront to reinvigorate the organisation’s stifled activities helped him make friends and enemies, alike. The revelations of a special investigation team probing his killing shows that he had been pitted against treacherous fundamentalist forces against which he had no defence, but join the list of Hindu Munnani leaders (the third in Coimbatore) who were felled for believing in an ideology and working to further its cause.

Sasikumar who left behind his wife, an aging mother, four brothers and a sister, is now remembered on his death anniversary with floral tributes, by party leaders. It took a Twitter campaign by a friend to raise Rs 2 lakh that was offered as immediate support to his family reeling under the shock of his brutal death. Hindu Munnani sources, however, said, party workers are extended family, and the organisation gave a hand whenever they were in need, or assisted their families in their absence.

Months before his death, Sasikumar sensed that he was being watched and followed. He sought police protection and was provided, but which was withdrawn weeks before his killing. And his life, like many on the ground party workers was snuffed out – but no one seems to care.

Worse, there were attempts to trivialise the gravity of this incident with theories like “personal enmity” and “mistaken identity”. Sasikumar’s was an inter-caste marriage that his wife’s parents were not happy about, said his relatives, and soon after his death there were attempts to hush it up by shifting the blame on the girl’s family. “Shockingly, fears of a communal flare-up overshadowed any intention of getting to the bottom of the crime, and there was a deliberate effort to lead the case astray,” they said.

An outrageous Facebook post against a community by a namesake resulted in the ‘mistaken identity’ conjecture. “While there could have been some initial confusion with the names, Sasi anna was killed for doing what he was doing,” the relatives said.

The 1998 serial bomb blasts plunged Coimbatore in a pall of fear, scuttling cultural initiatives of Hindu organisations, stripping them of a purpose, and silencing their functionaries, said the current Hindu Munnani spokesperson C Dhanapal, also the slain leader’s brother. However, the organisation started showing signs of life when in 2001 a young Sasikumar began initiating a number of activities that restored temple rituals and cultural practices. One of the much reported achievements was resuming the defunct Ganesh Chaturthi celebrations. Sasikumar helped organise across the city 25 processions in 2015 and 36 in 2016, a few weeks before he was killed.

From organising vilakku (lamp) puja at temples to cultural events, Sasikumar was the “soft-spoken ideologue” whose “charisma” cut across party lines.

In his early days with the organisation, Sasikumar travelled the length and breadth of the city on his bicycle, co-ordinating activities and bringing like-minded organisations and their workers together to keep alive the purpose of Hindu Munnani, a Tamil Nadu-based religious and cultural setup, formed to defend Hinduism and protect Hindu religious monuments, and which comes under the umbrella of the Rashtriya Swayamsevak Sangh.

The re-emergence of the organisation and Sasikumar’s much spoken of rapport with the media worried some. “He had an amazing way with the Press, and did his job as a spokesperson with alacrity,” said S R Sekhar, BJP’s state treasurer, who knew him closely.

This discreet Hindu Munnani strategist was not aggressive, not loud and not the regular chest-thumping leader, who pulled crowds. “This was his strength,” said Sekhar. He said Sasikumar was instrumental in promoting the organisation through the media far and wide, which helped in generating support for its work and cadre.

“When Sasikumar was killed, the organisation lost a thinking functionary who had an extraordinary foresight,” said Sekhar, adding, “it rudely shook its operations that were steaming ahead”.

While fighting to regain the space for Hindu Munnani, Sasikumar questioned the despotic acts of other religious organisations. With the help of authorities, he successfully brought down the flagpoles bearing religious insignia that were displayed at “sensitive” public areas. Another brother of the Sasikumar and Bharatiya Janata Party’s Yuva Morcha district president, C Sudhakaran, said the areas running from Sai Baba Colony to K K Nagar, and from Town Hall to Podanur had pockets, where trouble brewed, so there was a clamp on an overt display of religious symbols in order to restrain any communal flare-ups.

In 2016, he brought the attention of the media and authorities to illegal cow slaughter. Under Sasikumar’s initiative, vehicles transporting cows without the ‘fit-for-slaughter’ certificate were seized by authorities and the animals were handed over to shelters. “The certificate is issued based on the age and health of the cattle, so those transporting the animals without it, were stopped,” said Sudhakaran, adding, “the vehicles that disregarded rules that required the cattle to be transported humanely in prescribed spaces, were also confiscated”.

Located at the Coimbatore Railway Junction between the Town Hall and Ukkadam is a mosque – another bone of contention. Sudhakaran said the mosque on Kottaimedu area was built on government land set aside for religious purposes, but traders misused this privilege by setting up shops – at least 50 of them, he said. Sasikumar petitioned against this non-chalance for the law, demanding compliance with government orders. “The government offered alternative sites, not one but four, but they never vacated, instead, occupied all the land provided as alternatives as well.”

Sasikumar was 36 years old when he was killed in cold blood in the late hours of 22 September 2016 near the Chakra Vinayakar Temple in Subramaniyampalayam near Thudiyalur. He was found in a pool of blood by his family, and later died in hospital. His death sparked communal clashes and a spate of violent incidents that had the city on edge for days. His death was condoled and condemned by all party leaders, another instance of the standing Sasikumar enjoyed across party lines.

A week after the Crime Branch-CID Special Investigation Division took over the case, four suspects were arrested, with two out on bail now.

A year and half after the incident, on the central government’s orders, the Sasikumar murder case was handed over to the National Investigation Agency (NIA) in January.

“The NIA chargesheet on the case runs to 5,000 pages,” said Dhanapal, adding, “two bail applications filed by the accused – one in April and one this month – were rejected by the NIA special court in Poonamallee, Chennai.

A close friend, who raised funds for Sasikumar’s family on Twitter, and vice-president of BJP’s youth wing, S G Suryah, said when Sasi anna’s ashes were immersed in the Noyyal river in Perur, yet another Hindu party worker’s life had ended so abruptly leaving many questions unanswered.