Congress (I) Is Dead — Long Live The Congress 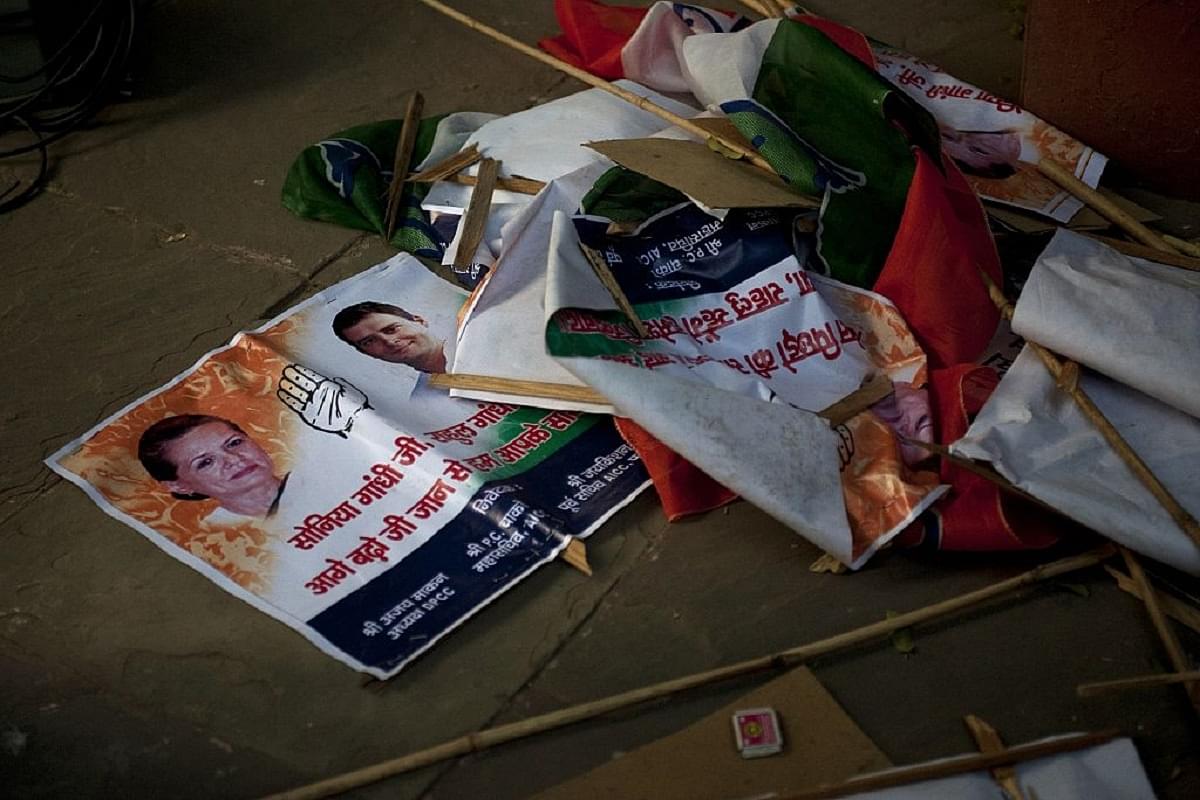 The latest round of bickering and revolts taking place inside the Congress mark the end of the road for the Congress faction that Indira Gandhi had created in 1969.

For the uninitiated, in 1969, the party of Jawaharlal Nehru had essentially split down the middle, with the Organisation faction throwing out Indira Gandhi’s Requisitionist faction on the grounds of creating a personality cult.

History seems to be repeating itself in some ways, as the charges are somewhat similar — the deification of Gandhi family being opposed by an ‘older’ group of veterans, many of whom, ironically, had been the young turks of Sanjay Gandhi, Indira’s obdurate son.

This time, it is Sanjay Gandhi’s sister-in-law and nephew and niece who are in the eye of the storm.

The latest leader to depart from the Congress is Ghulam Nabi Azad (with speculations growing by the day around Anand Sharma’s exit too).

Azad apparently has several senior leaders of the Jammu and Kashmir unit of the party behind him, with Salman Nizami claiming that a new all India Congress will be created, whose seeds will be sown with the impending elections in the Union Territory of J&K.

Anand Sharma was asked to oversee the Congress affairs in Himachal Pradesh, and perhaps be a parallel centre of power to Pratibha Singh, who is striving to rally the beleaguered state unit behind her. How much of his resignation from the party’s steering committee for the Himachal Pradesh Assembly polls really impacts the affairs of the state is questionable.

Sharma and another leader of the G-23 — Kaul Singh Thakur — are essentially people with little organisational standing within the Congress, but Sharma was often seen as a man of action, having served ministries, and an opinion-maker of sorts in Delhi circles.

That Rahul Gandhi and Sonia Gandhi are becoming polarising figures can be seen in the manner in which we see the Punjab unit fighting itself. The ugly and public spat between Sukhpal Singh Khaira and Amarinder Raja Warring about managing the state’s affairs is not even surprising, given the fact that Raja is a handpicked choice of the Gandhis.

The precipitous fall inside Punjab Congress has refused to stop ever since Captain Amarinder Singh left the party, with tall leaders like Sunil Jakhar also walking out and joining Bharatiya Janata Party (BJP) or allying with it. The rather public huff and puff of a young Jaiveer Shergill before quitting the Congress is perhaps symptomatic of all that could go downhill for the party.

If that was not all, Congress also lost one of its biggest non-Jat faces in Haryana in the form of Kuldeep Bishnoi.

The impact is being assessed to be beyond Haryana, with an eye clearly on the Rajasthan elections. However, even the studied silence of Kumari Selja, an SC and labour leader and one of significant stature within Haryana and north-western India, is also worth noting.

Many are left to wonder as to what cost the Gandhis are willing to pay to accommodate Bhupinder Hooda, as we see the party virtually going nowhere in the state as of today.

Is there a way out for the Congress though?

It is ironic that so many versions of the Congress have come and gone. So many factions eventually ended up allying or synchronising with the mothership, as was seen with Sharad Pawar and Mamata Banerjee on several occasions.

Clearly, it has always been a story of the Congress morphing into various forms and emerging over and over again, as the Narayan Dutt Tiwari-led Indira Congress experiment had also shown us.

Yet, things are different this time. The Indira Congress project was a fight to get the Nehru-Gandhis involved in the party again; the present churn is about taking the party away from their command and control.

In all of this, the one man who seems to have gotten the forecast right is Natwar Singh.

In an interview, Natwar Singh had remarked that the Congress was being run by Rahul Gandhi like a fiefdom. However, he had also candidly explained the real problem of the Congress party a few years back: if somebody else is made the supremo and a section of the outfit does not accept them, chances are that the party will disintegrate.

Which brings us to a more fundamental point about the nature and workings of the Congress. To understand the Congress, the durbar or court analogy is perhaps the best.

The Congress party is essentially a durbar where the courtiers are more loyal to the throne than even the king. However, the courtiers recognise very well that they can stand united only and only if they are under one dynasty. Any disturbance in this order will disrupt things.

At the same time, any court can thrive only when there is a strong figurehead leading it.

Think of the latter Mughals like Muhammad Shah Rangila, whose debauchery led to much embarrassment. Or think of Shah Alam II, about whom it was said ‘Sultanat-e-Shah Alam, Az Dilli ta Palam’ (The empire of Shah Alam is from Delhi to Palam).

In such a situation, it is inevitable that we see many factions of the Congress floating around. And it is for this very reason that the face of Priyanka Gandhi Vadra is being seen as a credible alternative to the failed leadership of Rahul Gandhi. However, given her own track record, there is no reason to believe that she will do anything of note.

The present Congress (I) is dead, for all practical purposes. What we are witnessing today is just its funerary procession turning into an ugly family spat where different groupings fight over the estate. Which in this case is the remnant of the party organisation.