Covid-19 In Bengal: This Is What Happens When Complacency Overrides Caution 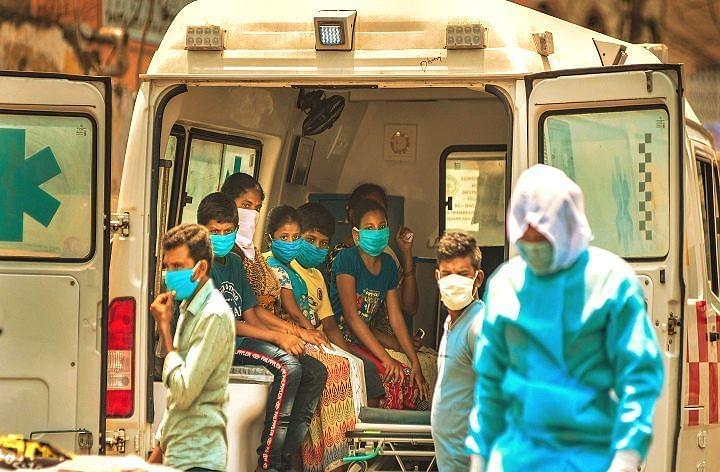 Bengal’s alleged opacity over the number of Covid-19 positive cases and casualties, and the state government’s widely-suspected attempts to downplay the numbers, has bred a false sense of complacency even among healthcare professionals.

And this is having alarming consequences. Tuesday (14 April) saw yet another example of this consequence caused by complacency when the male and female medicine wards of Kolkata’s premier state-run Medical College Hospital (MCH) were shut down after the death of a Covid-19 positive patient.

The deceased, a woman from Baranagar in the northwestern suburbs of Kolkata, was suffering from a chronic kidney ailment and had been undergoing treatment at a private hospital. She was shifted to the MCH Sunday (12 April) morning after the private hospital closed down temporarily for disinfection following the death of a Covid-19 positive patient there.

Doctors at the MCH emergency ward who examined her noticed that she was displaying symptoms of Covid-19 infection and asked her family members to take her to the state-run MR Bangur Hospital that has been designated by the Bengal government as the exclusive facility to treat all Covid-19 positive patients.

The MCH authorities reportedly said that only if the tests of her swab sample (sent for tests by the private hospital before her discharge on Sunday morning) test positive would she be admitted to the isolation unit. The authorities directed the doctors to admit her to the female general ward.

Bengal is not following the guidelines issued by the Indian Council of Medical Research (ICMR) that all those who display even mild symptoms are to be put in isolation. Only patients who test positive are being admitted to isolation wards.

The next (Monday) morning, a senior physician on his rounds examined the patient and on finding her displaying symptoms of Covid-19 infection, insisted that she be shifted to the isolation ward immediately. The hospital authorities relented and shifted her to the isolation ward on Monday afternoon.

The lady passed away on Monday night. By then, the private hospital received the results of her swab tests and they turned out to be positive. This was conveyed to the MCH authorities on Tuesday morning. That sent alarm bells ringing and set off a flurry of activities.

But by then, one MCH faculty member, three post-graduate trainees, six interns and a few more nurses had come in direct contact with the lady. None of them were wearing personal protective equipment (PPE). Only the doctor who examined her at the emergency ward had been clad in PPE.

A similar incident had occurred at the MCH earlier and had resulted in the gynaecology ward being shut down after a patient there tested positive.

All those who came in touch with the deceased have been identified and put in isolation. Their swab samples have been sent for tests.

This is not the first such incident at a healthcare facility in the state. Many hospitals, both state-run and private, had been shut down for disinfection and fumigation in recent weeks after patients there had tested positive.

“Total complacency prevails in hospitals and among healthcare professions in Bengal. This is the direct fallout of the low numbers of Covid-19 positive patients being announced by the state health authorities. The state government is giving the impression that everything is under control, and that’s why doctors and authorities at government healthcare facilities are so complacent,” noted a senior physician who was a faculty member at the MCH.

The danger of this, he pointed out, is that a large number of frontline doctors and paramedics who would be required to treat and handle Covid-19 patients will get infected by the virus and will have to be sent for treatment.

“That will severely compromise the state’s capacity to handle Covid-19 patients and spell disaster,” he said. Senior physicians who spoke to Swarajya spoke of the urgent need to adhere to ICMR guidelines that necessitates even those displaying mild symptoms of Covid-19 infection to be admitted to isolation wards and tested.

Also, there is the need to maintain complete transparency in testing and declaring the test results of all people being tested. They also made a strong case for declaring the places of residence of Covid-19 positive cases to enable others in those localities to take adequate precautions.