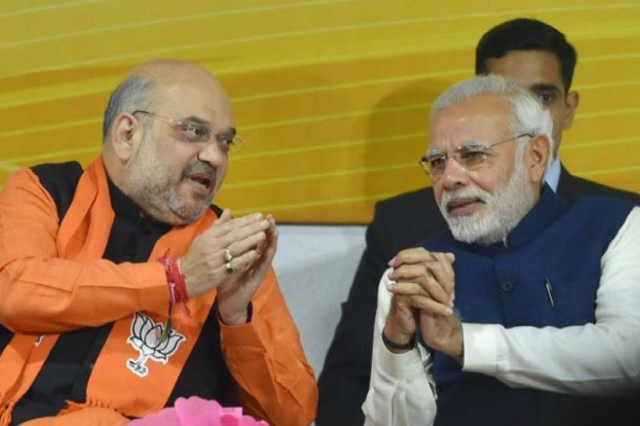 The Narendra Modi government’s decision to amend the 15th Finance Commission’s terms of reference in order to enhance non-lapsable funding for defence and internal security has been widely panned in the media – and for good reason.

Defence and internal security should be one of the prime responsibilities of the Centre, and if the current finances of the Centre are not enough to meet those needs, it is an indicator that the money already available to the Centre is going for other purposes. Defence and internal security are not getting the kind of financial focus they need. It does not follow that states must be given a lower share of funding.

There are several logical ways to allocate more funds for defence and internal security. One is to earmark a portion of the pool of resources already available to the Centre, and ensure that the amount is spent every year before it lapses. Another way is to levy an additional surcharge purely for funding defence and internal security, but there are already too many cesses and surcharges that are complicating the tax structure.

A third way is to alter the divisible pool of resources in favour of the Centre, but this will damage Centre-state relations, already fragile under Modi’s dispensation due to the political insecurities created by the Prime Minister’s enormous popularity and ability to win elections for his party. A cut in state resources is not what the doctor ordered.

The current state share of 42 per cent of the divisible pool cannot, and should not, be cut. At best, it can be kept the same or raised very slowly in future. The 15th Finance Commission, given its altered terms of reference, is said to be toying with the idea of creating a special Rashtriya Suraksha Nidhi to which funds will be allocated prior to dividing tax resources between Centre and states.

This is a bad idea because nothing stops the Centre itself from sequestering funds for defence or internal security before allocating money to other needs.

In any event, the primary role of development is that of states and not Centre. India cannot be developed under a unitary form of federalism, as Delhi does not have all the answers to poverty and growth in every state in our diverse polity. In fact, it is Delhi’s one-size-fits-all policies that are a part of the problem. It makes no sense to pretend that the Food Security Act or Ayushman Bharat or the Land Acquisition Act needs to be the same for Maharashtra and Mizoram, for rich Delhi and poor Bihar, for agricultural Punjab and more industrialised Tamil Nadu.

The logical order of spending priorities for the Centre is defence, internal security, foreign affairs, communications, monetary and fiscal policy, and redirecting additional resources in favour of the poorer states. The rest of the priorities – freebies for farmers or urban dwellers, discounts and subsidies for various people, etc – may be good-to-have, but are not essential. These ought to be driven and financed by states, with some support from the Centre.

If agriculture, land and labour are state subjects, why should the Centre be meddling too much in these areas? Why not just focus on ensuring that policies between states are not too divergent and destabilising?

The Centre today runs over 430 kinds of subsidies and schemes, and many of them can clearly be devolved to the states.

The logical way to find more resources for defence and internal security is to freeze current outlays on centrally-sponsored schemes in absolute terms, shift responsibility for their expansion to states from their own resources (assuming they want them), and allot future savings from the devolvement of these schemes to defence and internal security.

For example, if food subsidies are to cost Rs 1.84 lakh crore, nothing stops the Centre from carving out, say, Rs 40,000 crore for minimal buffer stocking, and giving the balance to states, but with the proviso that future funding for food procurement specific to their states will come from their own resources. This way the total cost of food subsidies will level off for the Centre, and resources found for more important central tasks like defence and internal security from the existing share of central resources in the divisible pool.

The way to develop India is to devolve financial power and responsibilities to states, so that the Centre can focus on its core job of keeping the country secure politically, financially and socially.

Trying to reduce state resources in the name of defence or internal security is not the way to go.