Dada To Step In Dalmiya's Shoes 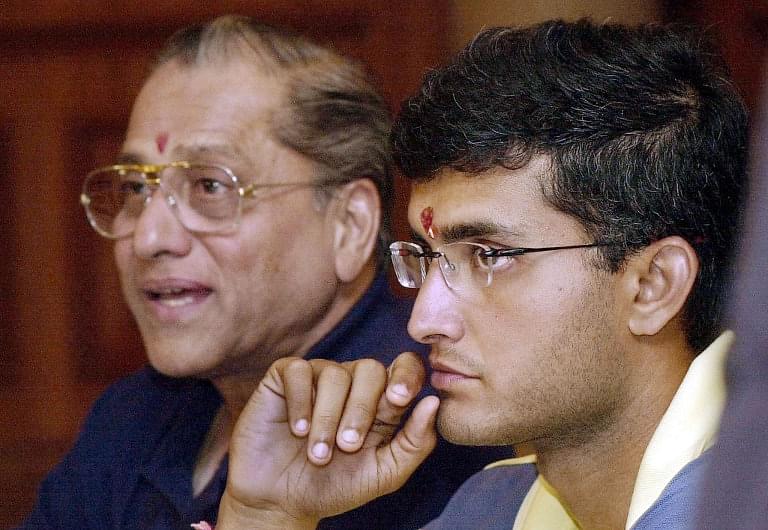 Is Sourav Ganguly heading for a long inning in sports administration, and perhaps, into politics?

The elevation of businessman, insightful cricket commentator, and former India cricket captain S0urav Ganguly, to the post of president of the Cricket Association Of Bengal (CAB), has been welcomed by all observers.

Ganguly is not new to the CAB however, as he has been holding down the post of a joint secretary of the 117 member CAB for some time now. His vacated seat will now be taken up by the late former president Jagmohan Dalmiya’s son, Abhishek; once more at the instance of the chief minister of West Bengal, Mamata Banerjee.

That both appointments have the express and enthusiastic backing of the chief minister makes the unanimous ratification of the appointments not only all but certain, but also renders the positions powerful. Banerjee has indicated her mind on the matter within days of the sudden demise of the longstanding previous occupant of the post, the feisty, capable, visionary (and controversial) Jagmohan Dalmiya.

But the big departure here, which may have the makings of an emerging trend in Indian cricket administration, is that a celebrated cricketer has been pitch-forked into this top job. And this, with full political backing, and an announcement, from the all-in-all chief minister of West Bengal. Will S0urav Ganguly, very popular with the masses in Kolkata and in the interiors of West Bengal, now also join the Trinamool Congress before the Bengal Assembly elections, coming up shortly? Time will tell.

Indian and international cricket, has been tainted of late, by match-fixing, nepotism, hawala and black money involvement, large scale illegal betting, involving millions of dollars, and other corrupt practices. A crowded calendar of 20 overs and 50 overs fixtures in addition to the test matches have given cricketers and the entire sporting/commentating and advertising/media industry that has grown up around them, a lot of exposure, money, and temptation.

But trying to quell this raciness via the appointment of cricketers, however honest and sincere, to top administrative jobs has not always worked so well in other states so far. This, without naming names, is probably because these cricketers have not been anointed and installed with such solid political backing, and have had to contend with a plethora of vested interests.

But in West Bengal, Ganguly is its most prominent cricketing legend, and is felt to be a good choice. And this, not just by the chief minister, but by other members of the CAB, the public and commentators at large. He combines daring and risk taking ability with tact and team-spirit building acumen, a business background, an illustrious career as a former test cricketer and national captain, as a cricket commentator, sports icon and so on. He also is not yet touched by any financial scandal throughout his career.

That Ganguly should be lifted up to the apex position in West Bengal’s cricket administration therefore, seems thoroughly logical, and his high and glamorous profile could well improve the prospects of the CAB.

Also, Ganguly is not only financially well-to-do, both from the proceeds of his family printing and other businesses, and in his own right as a cricketer in the era of big money remuneration and lucrative endorsements. He is a star of the game, universally known in his home state, plus nationally and internationally. Sourav Ganguly brings, as a consequence, a natural and well-earned authority to the appointment.

Commentators are saying that it will fall to Ganguly’s business acumen, persuasiveness and experience to fill Dalmiya’s administratively capable shoes. He will also need to enhance the finances of the CAB by striking suitable and far-reaching commercial deals. Dalmiya was an early pioneer in this regard, and got the ball rolling a long time ago.

Some people, who regard Ganguly as the best ever India team captain, expect him to find, in addition, another ace cricketer or even a clutch of them, like himself, from the soil of West Bengal. This despite the infamous reservations of Greg Chappell who did not see eye to eye with Ganguly, even though he had been initially taken on as national coach at Ganguly’s suggestion.

Ganguly has promptly accepted the challenge, after a meeting with the chief minister, who does not have anything formally or directly to do with the CAB, though she clearly wants the organisation raised to new heights of accomplishment.

Of course, as she pointed out, even now, three of her state cabinet colleagues are ensconced in it, and will be tasked to help Ganguly do his job. The marriage of politics and the wildly popular game of cricket in the subcontinent, and beyond, replete with big money and great power in recent decades, has actually been in place for quite a long time.

What an accomplished cricketer at the helm can do is recognise and draw new talent based on sheer merit rather than other extraneous considerations to a much greater degree. Going forward, this will have, if all goes well as expected with Ganguly, a highly favourable impact, not only in the doings of the CAB, but at the national level in the BCCI, and in various other state cricket associations.

But of course, just as not every gifted cricketer can bring the skills of a captain to bear on a team, even fewer may have the administrative skills to run an association cohesively and coherently. In Ganguly’s case, with his various other preoccupations and involvements, the CAB is unlikely to receive his undivided attention, and that fact too will take its toll.

This is also the reason why businessmen, politicians and not a few fixers, feature in the promotion of cricket and football and their administrations, and not just in this country.

Yet, there is an undeniable need for change, particularly to clean up the murkiness when it comes to new players, team selections, and the handling of finances/opportunities.

It remains to be seen if ‘Dada’ is up to the task. What is known however is that he not afraid of the challenge, and success in the CAB could well launch him into national level sports administration, and possibly even a promising political career.