Dadri: Rummaging For The Details 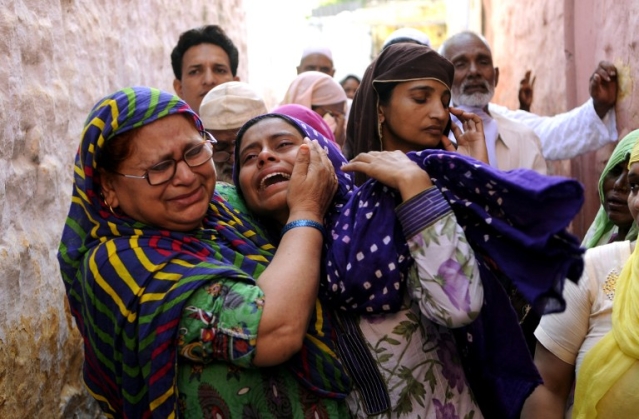 Why a thorough investigation is imperative, and urgently so, in the Dadri case.

I don’t have any first hand information of the Dadri incident nor do I think most of the people commenting on it over social media or mainstream media (MSM) know any better. Many are relying on TV and newspaper reports or sound-bytes of politicians descending on the scene (almost like coffin chasers) for their two minutes of face-time on camera. The police have – understandably – gone silent. Going by the volume of Twitter outrage and the call for “Je Suis BeefEater” – the demand for beef should have shot up across the country. Till the time of writing – there are no reports of black-marketing of beef while onion prices are still ​trending.

Mob lynching and murder for any reason – not just religious intolerance – is definitely condemnable. But, does it call for a statement from the Prime Minister until the facts are fully established ? Not that mob violence is common-place in our country – but it is not unknown either. I don’t recall people demanding the PM to speak on every such incident. Indeed, if the murder was for as ridiculous a reason as eating beef – then the PM’s silence can’t be justified. Comparisons are being made with Obama’s call after the US school killings. But, here the facts are yet to be established. Just because a Kavitha Krishnan or Sagarika Ghose say so – doesn’t make it an open and shut case.

What was required here – is a regular briefing on the investigation by the District Administration or the UP state government. But, the story has already been hijacked by the media and politicians fishing in troubled waters. Therefore, it’s prudent of them not to invite further controversy and get caught in the cross-fire – as, in any case, it is the local administration that has to usually bear the cross and become scapegoats. What was avoidable though is the sporadic leakage of information – on various theories about the incident and the alleged involvement of different groups or individuals with certain (religious or political) antecedents – providing unhealthy Vanaspati that others used to fry the beef. But, then – in our country – the police or administration are not trained to handle crisis communication – whether after a terror attack or communal violence.

Is it not conceivable that truth – as often – may lie somewhere in between? Even those among our glamorous set – socialite activists, public intellectual, guardians of secularism and star journalists, who have never stayed in a village – should only recall the Azam Khan’s missing buffalo story to realise what an emotive issue milch animals can be in the traditional “cow-belt”. I recall one of my helpers from Bihar – offering “mannat” at Kalighat temple when the cow at his home (back in Sitamari, Bihar) took ill.

So one can’t rule out the alternate theory of cattle-theft with the villagers suspecting beef-eating families of stealing them for slaughter. Not for a moment am I suggesting that the act of lynching can be condoned even if it is a case of cattle theft. But, it is quite another thing to give it a religious twist and say it is tantamount to people interfering with the food habits of people.

It would be unrealistic to expect restraint from our TRP warriors of the electronic media or the valiant upholders of national conscience on social media. But, aren’t there any old fashioned hard-nosed journalists left in the country – who still believe in first hand ground investigation?