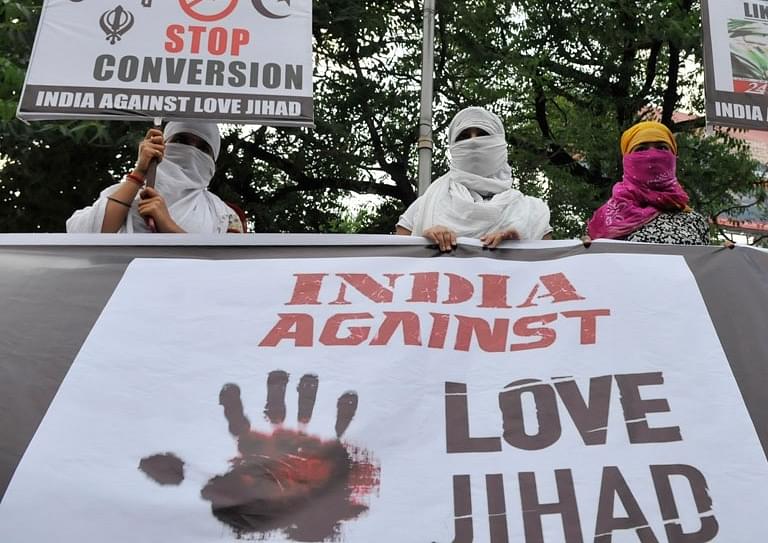 Uttar Pradesh’s new law against forced conversion, loosely called ‘Love Jihad’ law, was promulgated on November 28. Less than two weeks later, several police cases have been registered under the Act across the state.

Most of them are based on the statement of the woman’s parents.

In the first such case filed in Moradabad district, the ‘victim’ belongs to a Scheduled Caste.

As per her mother Bala Devi’s statement recorded in the first information report (FIR), the accused, Rashid, tried to convert Pinky to Islam by deceit through marriage.

The FIR, number 484/2020, was filed at Kanth police station on 5 December. It names Rashid and his brother Saleem as accused. The police have booked them under Section (3) and 5(1) of the Uttar Pradesh Prohibition of Unlawful Conversion of Religion Ordinance, 2020.

The statement by the mother, who is a resident of Bijnor district of Uttar Pradesh, says that Rashid ‘lured’ Pinky to go with him to a maulvi with a motive of conversion. He made her wear a burqa. The family chased the couple and tracked them down around 8 15 pm the same day.

The statement further says that she belongs to a poor Scheduled Caste family. It mentions Pinky’s age as 22.

Bala Devi told this correspondent over the phone that on the morning of 1 December, she received a call from a Bajrang Dal activist from Kanth that he had found her daughter in a local court with a Muslim man. He asked me if I knew about this. “I was shocked. I said bhaiya, I have no idea.”

“The activist told me that when he asked my daughter her caste, she said she was a Yadav. I don’t know why she lied,” said Bala Devi.

Bala Devi said that her daughter, Pinky, is a student of Bachelors in Arts in a college near Kanth, where she lives with a close relative’s family. “Pinky never mentioned to me about Rashid at all. I don’t know about this man. He never approached me with a proposal either,” she said.

The couple had planned to secretly give an affidavit in court about their marriage and elope, she said.

Bala Devi’s husband suffers from paralysis and has been bed-ridden for four years. To support the family, she works as a househelp. Two of her daughters are married. Two sons, both unmarried, have recently started working part time along with their studies.

She said she was glad that the Bajrang Dal activist informed her about her daughter’s plan. “I will never willingly marry my daughter to a Muslim. There have been many untoward cases,” she said.

An Indian Express report quotes the Circle Officer as saying that though the woman (Pinky) claimed she had married Rashid in July itself, she could not produce any documents when asked. The report said Rashid too is 22 and his brother Saleem is 25.

While Rashid and Saleem have been remanded in judicial custody for 14 days, Pinky’s statement before a magistrate is yet to be recorded. She is currently staying in a Naari Niketan hostel.

When contacted by this correspondent on 9 December, a senior police officer probing the case said that the police are seeking legal opinion on how to proceed in the matter. He also said that though the ‘victim’ is from a Scheduled Castes, the SC Prevention of Atrocities Act has not been invoked yet.