Delhi Riots: Inside The Chargesheet In The Murder Of Anwar Kassar 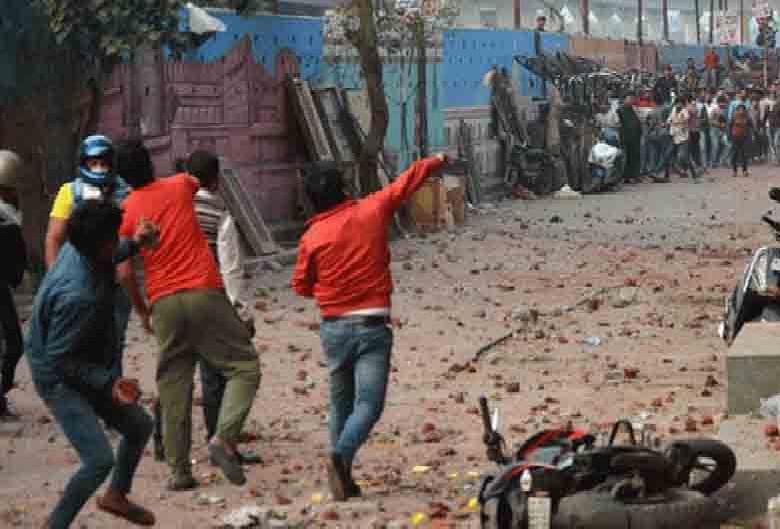 It was the morning of 25 February. Northeast Delhi had been burning in communal violence for more than 24 hours. A mob pulled an elderly man out of his one-room tenement, thrashed him, pumped a bullet into him, and threw his body into fire.

The police recovered only a leg.

Anwar Kassar was 58. He was the only Muslim in his lane of Prem Vihar colony of Shiv Vihar — an epicentre of the riots.

Anwar’s brother Saleem, who is 51, lives in the adjoining street. Saleem is an eyewitness to the murder. He watched it from the terrace of a Hindu neighbour’s house where he and his family had taken temporary refuge.

The mob that killed his brother, went on to vandalise and set fire to his house, and burn down his vehicles.

Later in the night, Saleem and his family, in disguise, moved to a known person’s house in Mustafabad area of northeast Delhi.

Speaking to the media a few days after the crime, Saleem said he had given some names to the police.

A chargesheet in the case (FIR number 62/2020 at Karawal Police Station) has now been filed.

It says a known criminal of the locality killed Anwar.

Lakhpat, the main accused, has been to jail twice in the past and has six cases registered against him at various police stations of Delhi. He is 23.

The pistol that he used for shooting Anwar was handed to him on the spot by his friend Kuldeep, who is also a resident of Prem Vihar.

Kuldeep’s statement recorded in the chargesheet says that he got the pistol only a few hours ago — from an elderly man who gave it to him saying he was too old to use the weapon and Kuldeep must use it to protect Hindus from rioting Muslims.

The accused have told the police that all of the previous day — that is, 24 February — they saw Muslim mobs targetting Hindus from the building of Rajdhani School at Shiv Vihar tiraha. They wanted to “teach a lesson to Muslims” on the same day and reached the tiraha in the evening.

However, they had to disperse when a youth was shot at near Rajdhani School (this most likely refers to the death of Rahul Solanki. Read Swarajya’s report on the case here).

The chargesheet says that "Lakhpat, a criminal of Prem Vihar, took advantage of the situation and, in collusion with Kuldeep, went to Shiv Vihar tiraha on 24 February to participate in the riots".

The next morning, that is on 25 February, Lakhpat went out of the house early, around 7 am, and met Yogesh and Kuldeep. Together, they set out for a target.

Like Kuldeep, Yogesh too was carrying a pistol. His statement says he got the weapon only some minutes ago when he visited a Hanuman temple. Two mobs were rioting at the spot and Yogesh found a pistol lying on the road. He picked it up, hid it in his pocket and left.

His statement says that protests against Citizenship Amendment Act (CAA) had filled him with rage.

The three saw a mob beating up Anwar. They joined the mob.

The rest of the crowd threw Anwar’s body into fire, as per Lakhpat’s statement.

Yogesh told the police that his cousin Lakhpat is a “criminal sort of a guy”. His statement also says that he had spent most of the previous day at home but, in the evening, he had to go out to bring back a female cousin who was stuck at school. There, he saw mayhem on the roads. A BCom graduate from Delhi University who is preparing for Staff Selection Commission (SSC) exams, Yogesh had stayed up almost all of the intervening night of 24 and 25 February, studying.

After shooting Anwar, the group proceeded to target other Muslims. As per their statements, they reached a Hindu-owned building, on the first floor of which a Muslim man runs a cooler workshop. The group incited the crowd present at the spot to set fire to the workshop.

Apart from Lakhpat, Yogesh and Kuldeep, the police have charged two other men for Anwar’s murder. Their names are Lalit and Kuldeep (another Kuldeep).

The police chargesheet says Lakhpat led the group in targeting Muslims living on 33 feet road of Shiv Vihar to “take revenge for the merciless killings of Hindus and destruction of their properties by Muslims”.

Lalit, 19, works as an assistant at a pathology laboratory. His statement says that though he and his friends burnt down Anwar’s jhuggi in an act of retaliation against Muslims, they did not want to kill him as he was aged. However, when Anwar began to call them names, he started beating Anwar with a danda.

After the crime, Lalit, along with Kuldeep (the second Kuldeep) and a friend named Chaatu, reached the house of Anwar’s brother Saleem. They broke his television and fridge. They burnt his car as well.

His statement says that Lakhpat and group went one way, and Lalit and group went another. Lalit reached the house of one Altaf in another lane of Prem Vihar. It was locked. The group broke open the lock, smashed the electronic items like fridge and television, and set fire to two motorcycles parked outside.

On 27 May, Anwar’s brother Saleem gave a detailed statement to the investigators.

It says that early morning on 25 February, a neighbour, Sandeep Pandit, visited his house along with five-six people. The group had come to check his well-being and give him assurance. Anwar placed some chairs in the street, and they all sat there for some time, talking.

The previous day had been stressful for him.

After Sandeep Pandit and the group left, Saleem went to his brother’s house to get goat milk. Anwar reared goats (before setting his house on fire, the mob had let his goats out).

Saleem returned home and made tea using the milk. He drank it. After some time, he looked out of the house and saw a mob breaking the window of his car. Scared, he hurriedly shifted with family to his neighbour Abhishek’s house. From there, he watched his brother die at the hands of a mob.

Saleem stayed inside Abhishek’s house for 12 hours before moving to Mustafabad.