Denigration Is A Fine Art In Tamil Nadu 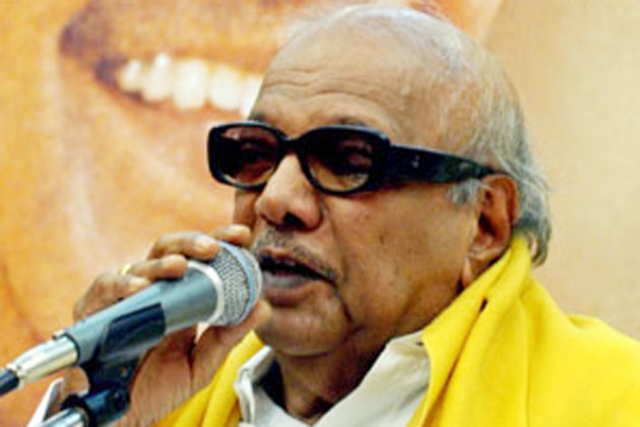 Vai Gopalasamy, or Vaiko, a firebrand Dravidianist leader heading a breakaway group from the DMK, abused DMK chief M Karunanidhi, with references to his caste. He implied that Karunanidhi who had come from the temple artists’ caste was involved with the oldest caste.

After making his statement, with all the casteist abuses and nuances implicit in it, Vaiko tendered a public apology. Now that is an improvement on the Dravidianist’s ethos.

Dravidian ideologues have been from the very beginning known for their fiery personal attacks and vulgar obscenities against their opponents.

When the current Tamil Nadu Congress Committee (TNCC) president Elangovan abused Prime Minister Narendra Modi and the chief minister of the state he was simply following the popular Dravidianist culture.

E V Ramasamy, the original Dravidian demagogue, had stated publicly that the price of clothes had gone up because scheduled community women had started wearing blouses. He had only disdain for the scheduled community members. C. N. Annadurai was happy when Hitler came to power and asked Brahmins to learn from the condition of Jews.

When the Holocaust’s horrors and the Nazi party’s deeds became public, he wrote that Tamil Nadu’s social reality prevented him from applying Hitler’s solution to the Brahmins as even non-Brahmins were affected by what he called ‘Aryanism’. Otherwise the application of Hitler’s final solution to Brahmins held no moral problems for them.

Anything said against the Brahmins was justified by the fig leaf of social justice; however, soon this would spill over to other communities when personal animosities arose between the Dravidianist leaders. The bard of Dravidian racism was Kanakasabai Subburathinam.

He called himself the ‘Bharati Dasan’ though either in quality or in vision he seldom matched the great poet. When Annadurai and EVR became bitter enemies over the latter’s marriage, ‘Bharati Dasan’ sided with EVR. Soon he started writing the most despicable, unprintable abuses against Annadurai.

Both Rajaji and Kamaraj had been abused obscenely by Dravidian speakers in public meetings. Rajaji would be singled out for attack. He was called an Aryan stooge and ‘Kulluka Bhatta’. The black colour of Kamaraj was ridiculed by DMK speakers.

MGR was attacked by DMK as a ‘Malayali’. Karunanidhi even went to the extent of threatening the Malayalis in Tamil Nadu to live properly as linguistic minorities, or otherwise face the consequences.

Even nationalist icons like Bharathi, who made the Tamil language proud, had not been spared. Bharathi was dubbed ‘Brahminical’ by Dravidianist pamphleteers. Visceral hate-filled attacks are not only made in their speeches.

They are also followed in the print media with the same obscenity and hatred. As late as 2008 the daily run by Karunanidhi, Murasoli which is the DMK’s version of Der Stürmer came with a scathing attack on the Kalki magazine.

The magazine’s editor was called pappathi - a Tamil word for a Brahmin woman, originally honorific, but now turned into a casteist slur by Dravidian discourse. And what followed was a diatribe in an uncivilized language against the womenfolk of the Kalki family.

Kalki was one of those legendary writers from Tamil Nadu. His Chola history-based fictions have been providing over the past two generations the best romantic introduction to Tamil history during the Chola-Pallava period.

His descendants and family members deserved better gratitude for all Kalki had done for Tamil society. All these did not prevent those who made their political living through Tamil to launch a blistering attack on the womenfolk of the Kalki family. (Murasoli : 10-11-2008)

With such a legacy of hatred, one wonders what makes the Tamil Nadu media and public feign such a shock over the justly despicable abuse Vaiko showered on Karunanidhi. Though Tamil Nadu’s pseudo-rationalists may deny, clearly karma is at work even in the murky world of Dravidian politics.