Divorce Rate Of Muslim Women Is Twice The National Average 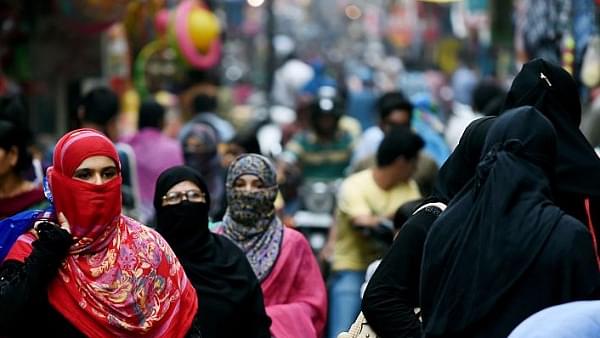 In a campaign speech delivered in Uttar Pradesh’s Bundelkhand region, ahead of the state assembly elections, Prime Minister Narendra Modi mentioned that the government would seek to protect the constitutional rights of Muslim women, and oppose the concept of ‘triple talaq’, which currently makes it easy for Muslim men to divorce their wives.

Going by data from the 2011 census, the divorce rate among Muslim women is twice the national average for women. At the same time, the divorce rate for Muslim men is close to the national average, suggesting that Muslim law is indeed biased against women when it comes to divorce. Divorce rate is calculated as the ratio of divorced members of a population group to the total number of people from the same population group who were ever married. Men and women are calculated separately.

This discrepancy between the divorce rates of Muslim and all women remains if we group them by age group as well, as Chart 1 shows. The divorce rate of Muslim men, on the other hand, is close to the national average in each group.

Contrary to popular opinion, though, Muslims don’t get married significantly earlier than people of other religions. As Chart 2 shows, in each age group, the proportion of Muslims who were ever married is not very different from the national average.

Finally, not all separated couples formalise their separation as a divorce. The rate at which separated couples formally divorce varies by religion, with the lowest being among Hindus and highest among Muslims. Over 40 per cent of all separated Muslim women are divorced compared to only 25 per cent of Hindu women. It is however not possible to conclude from the data if the relative ease of divorce for Muslims contributes to this higher formalisation of separation.

Formalisation of separation is also strongly related to age, as Chart 3 shows, with younger people more likely to have formalised divorce compared to older separated couples. Interestingly, a larger proportion of very old women (70 per cent) are formally divorced, compared to those younger than them, suggesting divorce became unfashionable at some point of time in the past.